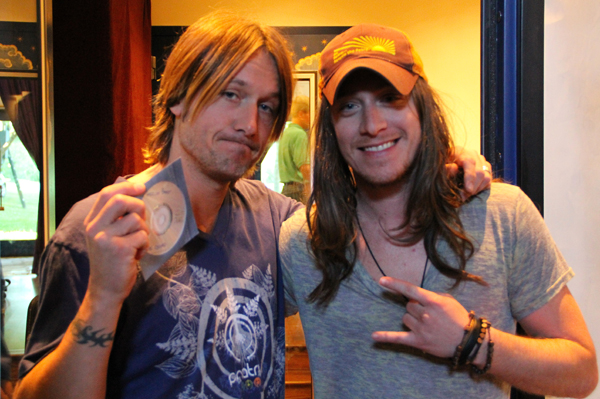 As the front man for the Nashville-based rock band American Bang, Jaren Johnston worked hard to get to the big time. The band was finally signed to Warner Brothers but had to wait several years for its debut album to be released, and soon after the recording hit the shelves in 2010 a reorganization at the label pretty much sent the band back to the relative obscurity it had labored in for so long.

Johnston, however, has spent nearly his entire life in Nashville and is the son of a music business veteran, so, even though he didn’t want to abandon the band concept, he had a Plan B. He began to devote himself more to songwriting and his deal as a writer with Sony/ATV Music Publishing, where he has been able to practice his craft and earn a living where so many others can’t. Being a rocker with a history of opening for such bands as ZZ Top and the Pretenders, Johnston had some contacts and years of songwriting development behind him, resulting in cuts by such acts as Meat Loaf (“If It Rains”), Jack’s Mannequin (“Television”), and A Thousand Horses, with the song “Suicide Eyes” on the soundtrack of the recently redone Footloose. And some of Nashville’s country artists have taken notice of Johnston as well, with such artists as Keith Urban (“You Gonna Fly”) and Sara Evans (“Anywhere”) cutting Johnston’s tunes. American Songwriter caught up with Johnston between writing appointments and rehearsals with the new band he has formed with American Bang alumni Kelby Ray and Neil Mason, The Cadillac Black.

Your dad Jerry Ray Johnston is a well-known drummer in Nashville, having played for years on the Grand Ole Opry, so you came up around a lot of Opry stars. What made you veer more towards the rock genre in your own performing and writing career?

Well, I did grow up listening to a lot of country. The music I heard a lot when I was a kid was Keith Whitley, Don Williams, and of course all the stuff that was new at the time like Garth, Clint Black, Brooks & Dunn etc. When I hit junior high that all was replaced by Skynyrd and then eventually Kurt Cobain. Inspired by my dad, I played drums growing up and would sit and learn every record from Nirvana, Smashing Pumpkins, and Dinosaur Jr. I was obsessed! That is how the rock world was integrated into my life but I grew up listening to country music so they were both huge influences on what I do today. It’s funny because to most people in the rock world I am the “southern country guy,” and to those on the country side I am the “rock guy.”

You spent years trying to make it in a rock band, and just when it seemed that you finally had succeeded the whole thing went south. Did it make you think about just getting out of the business entirely, or did it just make you more determined to succeed, at least with your writing for others if nothing else?

That was merely a learning experience. My dad always told me, “Every step is a stepping stone to something else.” I had to remember that and learn to not put my career in the hands of others. If you are gonna make it in a crazy business like this it is ALL up to you. You don’t leave it up to a manager or a label president you meet once over a six year period. In this market, that mindset is only gonna result in failure. And no, I never once thought about quitting, or just writing for others. I am very blessed that the cuts have started happening, but there is something about being on stage that I love!

What is your writing process like? Do you just sit down with a collaborator and an acoustic guitar, or do you sometimes amp up and write something with a drum machine? Do you do your own demos?

Honestly it’s different every time. I have a little studio room in my house that has an awesome vibe. Sometimes I write to a loop in GarageBand and other times I just start with an acoustic idea. I write with Tom Douglas once a week and we just sit in his writing room and it’s completely organic. Just two dudes, an old Gibson, and a piano. Then I take the song home and do a simple work tape in GarageBand. On the other hand, when I worked with Keith we had an old 808 drum machine and a couple Tele’s. Both situations usually end with me going home and doing a work tape. It’s interesting because I’ve done the big sessions where you hire a band and spend tons of money to demo five songs and I’m sure that works for some writers. However, every cut I’ve had has been off a GarageBand worktape.

American Bang, and your current band, The Cadillac Black, are probably a little heavier or less homogenized than most Nashville acts, but maybe not all that far from someone like Montgomery Gentry or Van Zant. Is there any possibility of trying to adapt your current band’s sound to try to get a deal with a major, or are you confident that you can find your own audience in the digital age, when you can actually make a living by doing viral marketing and selling your own product?

Man, good question. American Bang started as a dirty, kickass rock ‘n’ roll band. It seemed like when we signed to Warner [L.A.], it was a constant struggle and we drifted further and further away from what made us special in the first place. Warner was so wrapped up in setting up co-writes to find that “mega hit” radio smash that they never let us go be a band. In the end, we had been pulled in so many directions we didn’t even know what we were writing for. Luckily, Bob Rock came in and produced the record. Otherwise we’d probably still be stuck there in search of that song. It was super frustrating and I’d be lying if I said I wasn’t still pissed at some of those people. With The Cadillac Black we are in total control, and we own the masters! We have our publishers as well as independent pitching teams getting us great film and TV sync opportunities that are making us much more income than your normal major label record advance, a great booking agent, Jay Williams at WME, and most importantly, I don’t have people calling me saying we need one more uptempo song. As far as signing with a major, there are a couple people in town that we have been talking to but we aren’t in any hurry.

A lot of your peers in the rock business might think of you as somewhat of a sellout for having taken a Nashville publishing deal, which is almost like a day job in the minds of many rock purists. Has anyone dissed you for trying to put bread on the table that way?

I’ve had a pub deal since the beginning of American Bang, which was then called Bang Bang Bang. I signed with Glenn Middleworth over at Famous Publishing in 2005 because he knew the band would get a deal and believed in me as a writer in general. Most of my “peers” in the rock business are just trying to find ways to stay afloat. If I have gotten anything from them it’s usually a congrats or, “Hey, wanna write a tune?”

When it comes to what to do to get settled in someone’s first 90 days in town, what advice would you give new writers who are just pulling in to Music City?

That’s a tough one for me. I was born in Nashville and have been here my entire life. If I were to move to NY or L.A. I’d probably be a mess. I guess I would say write as much as possible with as many writers as possible. Learn something from everyone you write with whether it be a new trick, or something not to do. I’m kind of a night owl so I would recommend going out and meeting people. Shake hands, remember faces and names, and if ya have it in ya, get out and play writers’ rounds.

You haven’t had a huge number of cuts outside your own projects, but the ones you have had have been by some pretty big names in both country and rock. Who out there, in either or both genres, do you really want to have something recorded by?

I’ve been working with Lynyrd Skynyrd the past few weeks. They are doing a new record. It would be pretty awesome to have a couple on that one just because they were my favorite when I was a kid. But I tell ya, with the Keith Urban, Sara Evans, Meatloaf, and Jack’s Mannequin cuts I have out now, to the Kenny Chesney, Dierks Bentley, and Tim McGraw cuts I have coming out in 2012, I’m a pretty happy guy! 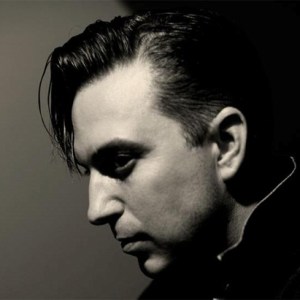 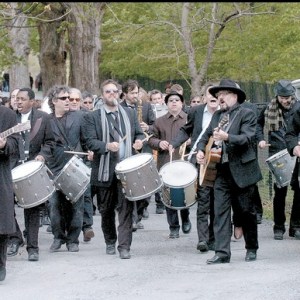