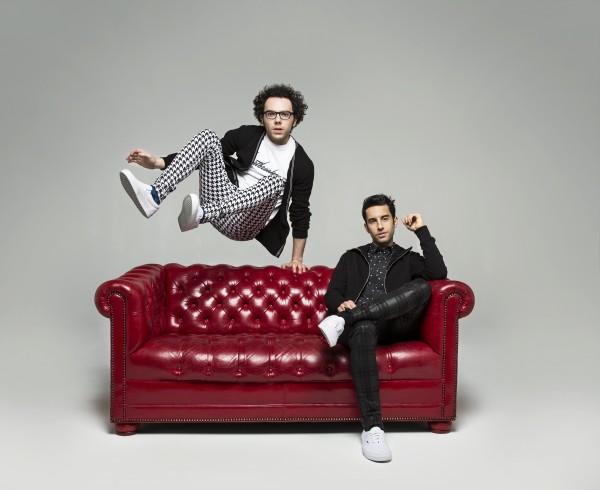 Just a few short years ago, Ian Axel and Chad Vaccarino (better known by their moniker A Great Big World,) were living in New York City dreaming of success in the music industry. Alumni of New York University, Axel and Vaccarino’s dreams came true when their tender ballad “Say Something” was used during this past September’s season finale of the Fox reality competition series “So You Think You Can Dance.” What followed was an e-mail from Christina Aguilera praising the track, and from there the duo’s career’s exploded. Here, the guys talk about their struggles to break big, the origins of “Say Something,” and what it’s like to be an ‘overnight’ success story.

A lot of people think you just started out, but you’ve been kicking around for awhile, right?

IAN: Yeah, we’ve been doing this for 10 years now.

I wanna know the ins and outs of what it was like writing and recording “Say Something.” Because this song is not a very new song, despite it first coming to most people’s attentions a few months ago.

IAN: We wrote the song four years ago. I recorded it with Chad for my solo album, because before A Great Big World, I was singing most of the songs and along the way Chad started singing as well.  It came out on that album, and kind of made its way into the world a little bit. When we decided to do the A Great Big World album, we felt the song didn’t reach the amount of people we wanted it to reach, because it’s so special to us. We decided to rerecord it since I was in a different place emotionally and spiritually I was when I wrote it, and I wanted to give it another go with a new perspective.

So, how did the song first come to life?

CHAD: Ian was absolutely in a crazy, toxic relationship, and I wasn’t at the time. I remember writing the verse chords on the guitar, and I remember Ian already had the chords for the chorus. We just married the two and they fit so well together.

IAN: I remember that moment too. It was an accident. I was feeling very dark, and was in this place where I was surrendering…I felt so much pain, and I didn’t know why I was feeling that pain.

How old were you at the time?

IAN: We were 24. I personally didn’t realize that I was experiencing this song until halfway through writing it. I felt like through writing “Say Something” that I had found a new perspective on this toxic relationship that I had in my life. I didn’t realize that the line “Say something I’m giving up on you” was even significant to a relationship that I was having.

IAN: And for me, the song needed to come out so bad. I never felt the urge to write a song so bad… I had a day job working at the Apple Store in Manhattan (in the big glass cube on fifth avenue,) and Chad would meet me on the weekends and during lunch. I would bring my ukulele, so “Say Something” was actually mostly written on the ukulele. There wasn’t a lot of room for lyrics, so we labored making sure each line said something that was completely new and stood on it’s own.

How long did the initial writing process take?

CHAD: That sounds about right. Melodies usually come easiest to us, because all of the sudden you are limiting the song by putting lyrics to it. We felt it was a super special melody and wanted get it just right. A part of me wanted every single line to feel like a separate punch to the stomach. Every line should be like you’re getting hit in the gut, because that’s what we were feeling the entire time we were writing it.

IAN: We write always melody and song structure first. Certain lines just happened immediately; “I’m giving up on you” just came out. Some of our friends write poems first and then the music, but we’ve never operated like that. For us, we have an emotional and gibberish outpouring of words and phrases that might not make any sense.

IAN: We never thought that the song was a single, or be on the radio. When “So You Think You Can Dance”  asked us to use “Say Something” it was a dream come true, because finally people were going to hear it. We threw a party and we were celebrating it; it was such an amazing moment for us. We thought that was it, but it was just the beginning of this crazy vortex our lives entered.

After that, how did the song find its way to Christina Aguilera?

IAN: After “So You Think You Can Dance,” it started doing really well on iTunes and radio started picking it up. It had some buzz, and I think someone played it for Christina. I don’t know the exact details. One day, we received an e-mail from Christina about how much she loved the song and how she wanted to be a part of it; it was written so poetically. She talked about how she wanted to let the song be, and didn’t want to sing all over it.

CHAD: It was amazing, she was really respectful and knew that coming into the picture and record another version of a song that already exists is a bold move.

IAN: She wanted to make sure everything was going to be okay. She said to us that she wanted to let the song live in the same place it was already living, she just wanted to add this female texture to it.

“Say Something” started gaining steam in September, and every day since it’s been bigger and bigger (the song recently peaked at #4 on the Billboard Hot 100.)  For the iTunes charts, I remember hearing that story about how, at one point, it was between Eminem’s big comeback single and “Say Something” for the number one slot, and then you finally beat him.

You guys have said you’ve been dreaming about this for awhile. Does all of this give you a new perspective on what it’s like to be successful?  Are these past few months everything you’d dream they’d be, or is it different?

IAN: It’s everything I dreamed of, but nothing I expected or imagined it to be. The connection to people is everything… for people to be relating and listening, that’s unbelievable. There’s nothing more amazing than that. I did not expect things to be moving so fast. At this level, you have no time to reflect. You’re constantly living in the now.

CHAD: It’s really intense, and it’s been a lot of work. We feel so lucky, but I wasn’t expecting it to be this intense or crazy. It feels like I’m on a roller coaster and I’m just hanging on for dear life.

IAN: It feels like we’re being pulled in a million different directions, and we’re just trying to do our best at everything. Right now, we want to do whatever it takes to put more of our messages out in the world. 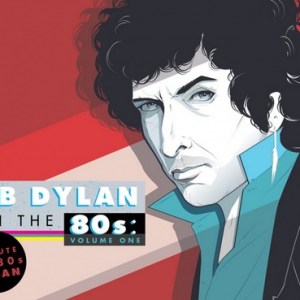 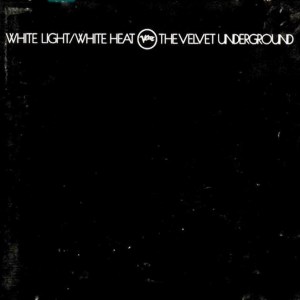