It’s maybe the most practical, instructive and consequential way of learning how to write songs. It’s also one of the easiest and most fun. It’s something songwriters have always done,  although they call it by many names. To legendary lyricist Sammy Cahn and others, it’s “learning the architecture of a song.” To others, it’s  “getting under the hood” of a song.

I like using “reverse engineering” of songs, which comes from Rob Seals, director of The Songwriting School of Los Angeles. It’s perfect, because exactly as ingenious engineers can discern how machinery works by analyzing all its parts, so can songwriters delve into the mystery of great songs by examining its components – words, melody and chord changes – to learn how each part works individually, but also how all the parts work together to form a whole song. *

It’s something all musicians and songwriters do by learning how to play great songs. The breadth of information one can receive by playing and singing a song is vast. Even if it’s done without the intention of expanding one’s songwriting skills, it’s impossible to not become familiar with how songs work.

It’s learning how chords work together that is the most valuable aspect of doing this. People already know a lot about melodies before they ever write songs simply from hearing, singing, and singing along with songs always.

But we can’t learn about chords in the same way. To identify chords and understand their usage, that takes a little help, like learning to read. But a little guidance is all it takes. Once those fundamentals are understood, it’s very simple.

Humans learn to speak by hearing others speak, and quickly master all the complexities of language naturally. No child is conscious of grammatical constructions when learning to speak. , They master the totality of the thing long before learning about all the separate parts.

Learning to write songs is a similar process. Simply from hearing a lot of songs, one internalizes their separate parts – the melody, words, verse, chorus, rhythm, rhymes, etc. – so that they seem natural. So when songwriters start writing songs, they can do so without much consciousness of these parts. Raised on songs and poems and nursery rhymes, even rhyming words seem natural, and not human contrivances.

Learning chords changes begins with learning the fundamental chords. As time goes on, you can always expand your vocabulary of chords by learning the more advanced chords, or “adult chords” as some jokingly call them. These are extended chords, diminished, augmented and others, as well as variations of these, different voicings, and chords with alternate bass notes.

Each song I learned when starting out as a kid was useful in different ways. But I remember that learning the chords to “Something” by The Beatles, written by George Harrison, was both exciting and fascinating. It had no hard chords that I couldn’t play (although Eb was always awkward). But the way George put the chords together blew my 14-year old mind.

It’s in C major, and after the short intro, the verse starts with three shades of C major : From C to Cmaj7 to C7. Wow! Up to then I had used chords with sevenths, but not like this. That alone taught me so much about just how dimensional this music is, and the freedom we had to engage with all its possibilities.

After all, it’s how The Beatles learned to write songs. Their endless hours of playing covers in Hamburg, day after day, was many semesters of song-craft learned, from blues through rock & roll and also standards, songs from musicals.

Learning the chords quickly schools you on what propels this engine. A song is never static, unchanging. It’s not a photograph, it’s a movie. It can only be experienced in time. It’s the dynamics of these chords in relation to the others which propels the song through time, and the gasoline is harmonic tension and release.

Like most songwriters, I learned the basics of the blues first. The I, IV and V – and became conversant with the dynamic of tension and release which lives in every melody, and bolstered by the chords. We all learn the feeling of the I chord – the tonic – where it begins. That is home. Terra firma, the solid earth.

Blues in E starts with E – or E7 – the tonic. From there to the IV chord, A major. We go back and forth between the I and IV. All is groovy. But it’s the V chord – the B7 in E – which is the rabble -rouser, the one that needs to be resolved.

Of course, it can be resolved somewhere other than the I chord. The I – or tonic – is the expected landing place, but one can take a slight detour – which in formal compositional music language is called a “deceptive cadence” – which substitutes the I for the VI, the relative minor chord. The I and the VI chords are quite similar – they share two notes. C major is C-E-G and the VI chord, A minor, is A-C-E. Because of this, a melody can end on the same note, but either chord will feel resolved.

These days one can search online for any song followed by the word ‘chords,’ and most will come up. Not all. But most. All that information is at your fingertips, and it is invaluable. When you hear a song next that moves you musically, and you’re not sure of what’s causing that, try this. Get under its hood. Get the chords online, and play it. Often you will find changes working with melodies in ways you had never considered.

Until now that is.

End of Part I. In Part II, we will dive into other specific examples of songs we’re reverse-engineered, and what we found.

*Reverse-engineering, as a phrase and concept, is especially right for songwriting. As UFOlogists, including my brilliant friend Earl Grey, have insisted for years, much of our current technology is derived from  reverse-engineering the wreckage of crashed alien space-craft. Because of that,  the term “reverse engineering” comes with that cosmic dimension attached. Which is, of course,  parallel to the songwriter’s mission: getting to the core of a mystery. As in – exactly what is this thing? Did it even come from this planet? And how the hell does it work? 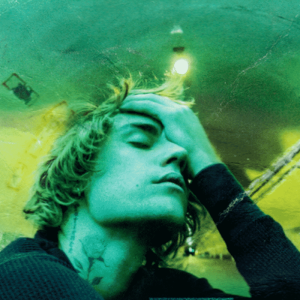 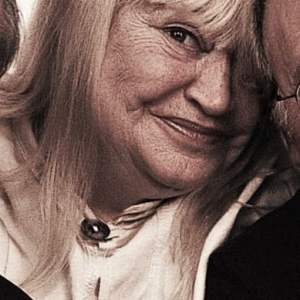