Steve Martin, known for his comedy and acting, is also a banjo player and songwriter, having written a musical called “Bright Eyes” with Edie Brickell. In concert performing some of those songs, he said, “Now we are going to do a story song. I’ll tell you what that is – in case you’re stupid.” After the laughter died down, he explained. “It is a song that tells a story.”

That is an accurate definition. In some ways, every song tells a story. Even if it is a story of a man saying to a woman, “I love you, yeah, yeah, yeah.” That is a story. But story-songs, of the kind we are exploring here, refers to a song, told usually in the third person, that relates a narrative tale of some kind.

While many songs tell a super short story and are sustained instead by other lyrical methods, the tradition of storytelling in songs, and in epic poems, has flourished for centuries. Modern story songs are a crystallization of this ancient form. Most of these, regardless of generation or genre, share one constant: vivid, visual and specific details. It’s the same as with any storytelling, no different than telling a story to a kid. The more vivid the story, the more genuine its sense of time and place, the more compelling it will be. No kid wants a vague story they cannot envision. A good story song relies on this same understanding.

Although some contend that any lyric too personal cannot connect with an audience, in truth it’s the most specific songs which are the most universal. Though few of us grew up impoverished in Butcher’s Holler, Loretta Lynn’s “Coal Miner’s Daughter” is so realistically conveyed that the song is instantly understood. As long as the story is related in a vividly visual and compelling way, so that the listener can sense its human truth, that is all that matters.

Essentially two kinds of modern story songs exist: the multi-verse epic and the compact, succinct story song. The epics, like those ancient rhymed poems, relate a detailed story through multiple verses. It’s a tradition sustained in countless Dylan epics, such as “Tangled Up In Blue” or “Isis,” both of which are dimensional, cinematic songs that gain a power and momentum from the cascading progression of many verses. Dylan’s created many songs like a great filmmaker crafting an epic movie, using the expansion of time to provide added dimension and reality. “Isis” is a mysterious, mystical epic of life, death, greed, fraud, and ultimately love. Set to a simple but hypnotic and ever-incendiary melody, the entire song takes off like a jet and never stops.

Telling  an entire linear story in long, epic songs can be much easier than in short songs. Creating an entire narrative arc in only three verses is a challenge, as it requires a real economy with language, compacting much time and detail into few words. It’s a problem solved in many ways, often by the use of a character speaking, so that what is said reveals as much about the character as about the scene itself, and what is left unsaid brings as much content as that which is stated overtly. Since a song is a form designed for repetition – to be heard, hopefully, over and over – the use of mystery, and things unsaid, is effective.

John Lennon’s “Norwegian Wood” is a perfect example of this, saying so much with few words, and letting us see just enough of the story to come up with our own ideas. Rich with many details, anchored on the central image of Norwegian wood, the song concludes with six simple lines, as essential as haiku, yet saying just enough:

And when I awoke
I was alone
This bird had flown
So I lit a fire
Isn’t it good
Norwegian wood?

Rather than paint the entire picture, he embraces the gestalt understanding that if the songwriter provides enough detail, the listener can complete the circle himself. Much is implied that is not specified. The song ends with his lighting of a fire and the mention of “good Norwegian wood.” Does it mean he put her furniture in the fire and burnt it all? Or worse – did he burn down the entire place? The mystery of the thing has sustained it for decades. A songwriter doesn’t have to solve any equation, as long as it’s presented fully enough so a listener can bring his own solution. Maintaining this unknown within a lyric gives the song an enduring quality, such as “what the mama saw” in Paul Simon’s “Me and Julio.” It’s a question never answered in the song, reflecting the reality of human existence, forever observing our fellow humans and usually with few facts to confirm our conclusions.

Randy Newman’s “Sail Away” is another great example of compact storytelling, wedding a first-person slave trader’s appeal to potential African slaves with a beautifully poignant melody. It’s but one of so many classic character-driven story songs he’s written, each finely mastering the art of telling a story in character, often with the novelistic technique of the “untrustworthy narrator.” In this and other songs, rather than tell us a story, he shows the story from a character’s perspective, which makes his songs both genuine and often hilarious.

So although no song has to tell a story, the truth remains that there is nothing humans are more drawn to than stories about their fellow humans. Combine a genuine story with rhymed verse, rhythm and melody, and few things are more timelessly compelling. 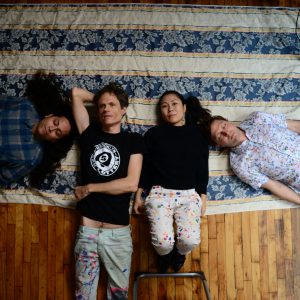 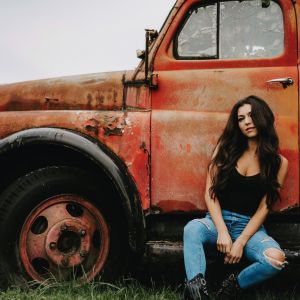