Part Two of a Three-Part Series.
See Part One here.

The truth about songwriting is that there is no easy way to do it.

Because songwriting simply isn’t easy. A song might seem simple after it’s finished, but it can take a big complex of considerations to get it there. As Paul Simon said about songwriting, it can be hard thing to do.”

That is the truth. Yet there is a larger truth about songwriting. It doesn’t make songwriting easy, but it makes it doable.

And that is the Doing.

“The doing of it,” said Carole King, “is what matters most. Whether you wrote a hit or not, it doesn’t mattter. It’s the doing that matters, the process. And the process must be the reward.”

This is the heart of the matter. Music is a source of joy. Even when writing a sad song, always there can be joy in its creation. It’s not about a shortcut to a hit song. Regardless of the destination, the secret truth is songwriting has to do with embracing the joy of the journey.

Her journey led her, with Gerry Goffn and on her own, to write 118 hits.

This is a truth which extends to this moment. Though writing a hit song is often projected in modern times as being akin to winning the lottery  or a game-show, like some lucky fluke that falls out of the heavens into your hands, in truth it’s rarely that.

Songwriters creating and playing songs are not separate from the music; they are inside it. You can follow and lead the music at the same time, as you respond as audience and the instrument. The musician is subject to that which he is creating. In a kind of Zen reality loop, a musician feels the immediate impact of music at the moment it’s made. You are changing the world and feeling the change in the moment. It’s about being a force of nature, an organic, real-time expression of heart and soul, and feeling the soul of the song while performing it.

It’s in that oneness with the source that essential songs are found and delivered. Instead of judging songs in this nascent stage, come to it with an open heart, and trust that the song will lead where it needs to go.

If the song keeps suggesting something isn’t right, trust that. This is how you create your own songwriting aesthetic, by determining what you allow in the song, and what you keep out. It’s not about writing the perfect song in minutes, like channeling something whole. It’s about being a receiver – by getting out of the way – and then culling what comes through in order to shape it into a song.

Gerry Goffin was the lyricist, and she wrote the music. Together they wrote many classics including “Up On The Roof,” “Will You Love Me Tomorrow?” and “Natural Woman.”

Gerry said they wrote hundreds of “bad songs” before they wrote one good one.

But they didn’t let the bad songs ever convince them that they were bad, and should give up. They never gave up. And their mutual love of the doing, the joyous ambition, artisty and ability, is what led to their great success as songwriters. They endured that season of bad songs and started writing good ones.

Then really good ones. Goffin & King songs. The kind of songs like “Chains” which The Beatles loved, learned, performed and recorded while absorbing the brilliance of the craft. Lennon & McCartney dreamed, as they said, of becoming the next Goffin & King. They felt that joy of the doing, too. And exemplified it in their music, in the songwriting and record making both.

It’s one of many reasons why interviewing Billie Eilish and Finneas was so heartening. They came from that same place, with a love of the great melodic songs of The Beatles and Carole King, and many other great songwriters their parents played all the time.

And in their music – songs they write together and apart – always there is real melody. Hummable ones! The kind of melodies people say went extinct already.

The subject of our recent cover story, Billie and Finneas are, of course, the brother-sister team who won all the major Grammys this year for songs written and recorded at home when they were still kids.

Surely, many people assumed – they must have had some trick – some enormous wealth, connections or more – to have done this at this age. For music which was made, as they said, in their bedroom.

The truth is that they did it the same way Goffin & King did it. With true talent, tireless diligence, and love and gratitude for the doing. The process itself was the reward.

That is, until this past Grammy Awards, when they were rewarded with every major award of the night. Their truth. and more on the secret of songwriting, The Beatles, and also Buddha on songwriting, is in Part 3. 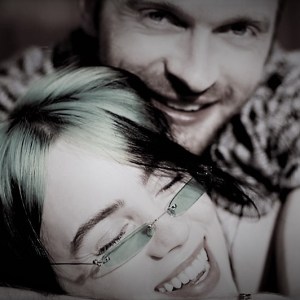 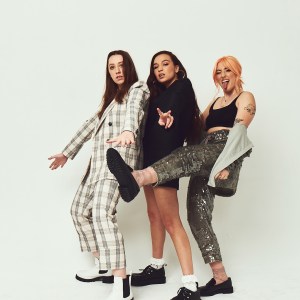