When we’re “in the zone,” we can do no wrong. The zone is a state of relaxed, yet intensely focused attention in which performance thrives and creativity soars. Athletes seek it. Songwriters, too. In the zone, words and music flow without effort. You’re not so much writing as taking dictation.

Sometimes the zone settles on a GPS location, such as Liverpool, London, or Greenwich Village. In the mid-1960s, Laurel Canyon, LA, was the site of an epic visitation. Jakob Dylan’s 2019 documentary, Echo In The Canyon, captures the scene in songs and interviews. Words can scarcely do it justice, but here goes: Imagine living in a rustic, hillside enclave just north of Hollywood, with neighbors like Neil Young, Joni Mitchell, Michelle Phillips, Roger McGuinn, Jackson Browne, and David Crosby dropping by to jam in your living room. Two weeks later, you hear the same songs on the radio, climbing the charts.

How could you fail to enter the zone, too? Alas, you could fail miserably, unless you knew your craft. Every one of the stars above was at the top of their game long before they moved to the Canyon. When the zone arrived, they were prepared. All too often, however, the imitation and repetition that builds craftsmanship undermines creativity. So how to cultivate both?

Perhaps the answers are still echoing in the Canyon.

Catchiness is the secret ingredient that makes a song memorable — certainly a must-have for any zone traveler. I say “secret” because the formula for catchiness has never been found. Yet in Laurel Canyon’s heyday, catchiness was blooming like wildflowers in spring, and all one needed to gather a few was two ears and a guitar — an encouraging thought!

The goal of the exercise below is to improve your ear for catchiness so you can find more of those wildflowers. It works something like a language immersion course, except we’re going to immerse ourselves in the smallest units of catchiness we can find. Do this in your head if you can. All you need is a notebook:

1) Select a catchy snippet from one of your favorite songs. Keep it short! Take “California Dreamin’,” for example. The Mamas and the Papas — Canyon denizens extraordinaire — were masters of catchiness, and magic is in the air as soon as we hear “All the leaves are brown.” Something makes this phrase sparkle: Is it melody, harmony, rhythm, lyrics, or all of the above?

Write “All the leaves are brown” at the top of page one in your notebook. The trick now will be to simplify each element, then swing back and forth between the simplest version and the original until you can clearly hear where catchiness begins.

2) Prepare to dive. Close your eyes, relax, and open a door to the zone. A trigger word can help — how ’bout “Laurel Canyon”? Next, rehearse that snippet over and over in your mind until the zone pulls you in.

3) ISOLATE RHYTHM: “Dada-Dada-Dum” (“All-the leaves-are brown”). How does it make you feel? Write it down.

4) Simplify. Filter out the lesser notes and build a three-step rhythmic ladder from simple to original:

5) ISOLATE HARMONY: Officially, it’s G#7sus4 | C#m, but let’s simplify it to “Tension | Release.” Imagine words and harmony together: “[Tension] All the leaves are [Release] brown.” What does harmony add? Write it down.

Tune in to catchiness as you sing A-B-C and C-B-A. What’s the effect of that sinewy melody? Write it down.

7) Notice the mood of the notes, particularly note 4: “All the leaves ARE brown.” Note 4 is a b7 scale tone in minor mode, which lends a lost feeling. You don’t have to know theory. Just improvise some melody of your own on the same four scale tones. Suspend your inner critic.

8) ISOLATE LYRICS: In the simplest terms, “All the leaves are brown” means “Winter’s here.” Build a step ladder between bluntness and poetry. Go up and down the ladder. Write your impressions.

9) SUMMARIZE. Write your summary as a series of catchiness tips, such as “Sensual imagery can turn simple observations into poetry.”

10) TINKER. The zone loves playfulness: The Beatles mined folksongs for chord progressions. Roger McGuinn set folk music to a rock beat, and The Byrds were born. McGuinn taught George Harrison to play “The Bells of St. Rhymney,” and Harrison transformed it into “If I Needed Someone.” Jorma Kaukonen transformed “Rhymney” into “Embryonic Journey.” The Beatles influenced Brian Wilson, which led to Pet Sounds, which led to Sgt. Pepper’s Lonely Hearts Club Band.

Conclusion: Such are the “echoes in the canyon.” Add one catchy snippet a day to your notebook and soon you’ll be making echoes of your own.Tip: Give “… and the sky is gray” the same treatment to learn how ideas evolve. 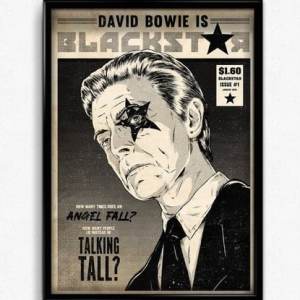 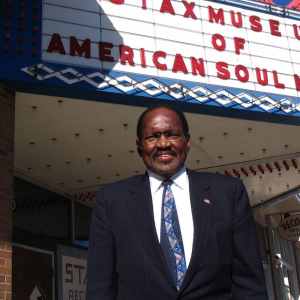