“I’m completely intoxicated by music—writing songs, producing, recording, mixing—it serves me so well,” Sean McConnell tells American Songwriter over the phone from his family farm outside of Nashville. During the pandemic, the GRAMMY-nominated singer, songwriter, and producer constructed a home studio, a creative haven among pigs, chickens, and his young daughter. Pausing for a moment, he continues, “It’s some sort of illness, I suppose. I need it very badly.”

Just last Sunday (April 18), Little Big Town performed his song, “Wine, Beer, Whiskey,” at the ACM Awards. The jubilant track is one of three tracks he penned on the road with them for their 2020 album, Nightfall. The year 2020, beyond all its devastating complexities, marked McConnell as co-writer and producer of Ashley Ray’s acclaimed record Pauline and the second half of My Sister, My Brother—his trio with Garrison Starr and producer Peter Groenwald of Hush Kids. He humbly chalks it all up to a “balancing act.”

Seeking further explanation, McConnell says, “I’ve had my eyes open long enough to be involved in many different ways as a musician, collaborator, on stage, in the writers’ room. I find the time to focus on whatever it is in front of me until it’s done to the point where I feel it’s ready to be put out into the world.” He continues, “Time expands when you’re in that zone, and you get a lot done in a shorter amount of time.”

A jack-of-all-trades is too cheap a title for the sought-after songsmith. Having written for Christina Aguilera, Michael Franti, Brett Young—including his double-platinum hit “Mercy”—Tim McGraw and Brothers Osborne, versatility is at the epicenter of McConnell’s artistry.

When writing for others, McConnell specializes in the care required to share their stories by listening to their ideas and living in their world for apt access into their mind. It’s a different approach for his own artistry. Even before he puts pen to paper, McConnell has a sixth sense about the song. The feeling is guided by an emerging thread he slowly begins to conceptualize, either topically or sonically, that informs the artist it’s time for a record.

“I had several topics brewing before the pandemic,” he says, “things that were already unsettling and needing answers. COVID-19 and the Butterfly Effect of those changes made for a perfect storm of chaos and big questions from my personal life and this shared journey of ours from the past couple of years.”

Enter his upcoming album project: A Horrible Beautiful Dream. Brought to you by a flock of “friends and heroes,” the 13-track collection is an edification incited by the often crippling stillness of an era of unknowns. “Nothing Anymore,” McConnell’s second track release, anchors the forthcoming record thematically. Grappling with the dualities of the light and the dark, the album attempts to “move from the black and white into a gray area.”

Droning tension of backing strings and circular acoustic guitar pickings open “Nothing Anymore” as a haunting lament. McConnell acknowledges, “So much happened in the past year for everyone.” The song paints a bigger picture than just the second verse, but those lyric lines timestamp a painful period for the artist who lost several friends over the last year. Mournfully, the verse describes the funeral of a “young, wild-eyed, and beautiful” woman. No, it’s not fair / She was right there / Now she’s gone, he sings. Ethereal instrumentation shifts as he pleads: what kind of fucked up ride/ Are we spinning on?

“It’s a house of cards collapsing, the carpet pulled from beneath you, just falling apart,” he explains. “When I was young, I tried so hard to make everything make sense to feel safe. Now that I’m older, things don’t make sense, and the world feels very chaotic. I have surrendered any attempt to name it or understand it. It makes you feel powerful and powerless at the same time.”

Released earlier this month, “The 13th Apostle” features the enviable harmony of the Wood Brothers. Other guests include Fancy Hagood (“What The Hell Is Wrong With Me”, Natalie Hemby (“Waiting To Be Moved”), and Audra Mae with Dan Tyminski (“As The Curtain Came Down”), underscoring McConnell’s versatility as a creative partner and commentator. He penned 11 of the album’s 13 tracks on his own and co-wrote the two others. Mixed by Justin Tocket and mastered by Andrew Mendelson, A Horrible Beautiful Dream is a strong step forward from Secondhand Smoke (2019), continuing McConnell’s quest to answer the questions of the universe.

“What I have to say as an artist is ever-changing because we are all ever-changing creatures,” says McConnell. “But here, I’m dismantling preconceived belief systems, challenging the black-and-white, embracing the gray of not knowing, and the mystery involved with that. It’s both scary and extremely liberating.”

Listen to the exclusive premiere of “Nothing Anymore” below. Pre-save Sean McConnell‘s forthcoming album, A Horrible Beautiful Dream, due August 6 via Soundly Music. 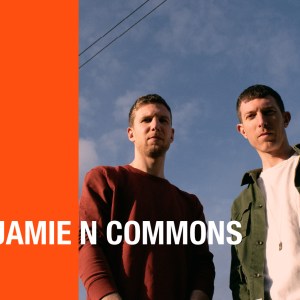 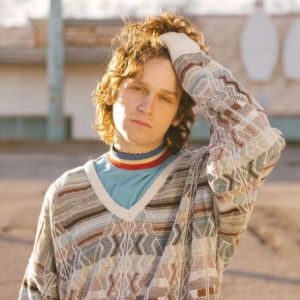