As recording technology becomes more affordable, releasing a single or album has never been easier for the average musician. But if you don’t have the necessary skills, it pays to call the experts. And that’s where SoundBetter can assist.

SoundBetter is an online marketplace for pairing songwriters and artists who need help getting to the finish line on their latest project with professionals who excel in their area of expertise, be it engineering, mastering, vocals, guitar playing and writing. Think of it as LinkedIn for music creators.

Founded eight years ago by Shachar Gilad, a musician and audio engineer, and co-founder Itamar Yunger, SoundBetter has vaulted to the top of this particular service provider market with a large roster of talent who work with today’s top artists, including Kanye West, Joe Cocker, Beyonce, Hoobastank and more.

“Eight or nine years ago, I saw more of the studios closing down and engineers going freelance,” Gilad told American Songwriter. “And the leads that would come in from studios and label work was drying up. But these folks were very talented and setting up their own home studios. They had the talent but didn’t know how to market themselves. There wasn’t a platform for them to do that. And at the same time, I would get these calls from my musician friends who needed mixing engineers to finish their songs.”

“It dawned on me that these two sides were looking for each other, but it was fragmented with no central place to connect.”

For an artist, starting a project is one thing. Finishing is a whole different story. “People often think ‘oh I’m now a recording musician because I have this software and hardware,” Gilad continues. “But there are other skills they need to have, which some do and some don’t. Some people are just songwriters who say ‘I don’t want to go down the rabbit hole of becoming a mix engineer. And even if I did what is the likelihood that I would become as good as someone who’s been doing it for ten years?’”

As similar online service platforms began to flourish in other categories (AirBnB, Uber, Lyft) and consumers become comfortable with virtual collaborations for monetary compensation, Gilad and his small NYC-based team knew that building trust between the two sides of an artistic endeavor was an important step in growing the company.

“We are really committed to making sure it’s a hospitable, respectful environment for the artists on both sides of the marketplace.” Trusted reviews and a safe, secure payment platform are an important part of the company’s eco-system. This allows artists who want to work with someone to discover the talent in a better way. Listing a price for the service provided is strongly encouraged.

At the end of the day though, after building out the platform, it’s about getting people to come to the site and know they’ll find a high standard level of quality.

“It’s important to make the pros on our site comfortable and know that it’s not a race to the bottom. The talent is respected and trusted. It’s not just about the price. A lot of the top folks in the industry have come aboard and that has helped build trust.”

The most important step in working within SoundBetter is to have a clear understanding of the terms and conditions between each party involved in a project before it starts. That includes the number of revisions, back and forth correspondence and fee. Gilad stresses SoundBetter’s role is to bring the two parties together- the agreement is between the two sides.

“Both sides have to agree with each other and come to terms. We’ve tried to instill the message that you’re here to work on music. The pros we curate understand that they’re there to check their ego at the door, service the artist and make sure they’re comfortable. At the same time, the artist understands they’re not just there looking for a collaborator. The pros are there to get hired and expecting payment for their services. All those things over the years have led us to optimize the platform and grow it, which we have over the last few years.”

The site is free to sign up and create a profile and potentially get hired or find a collaborator. SoundBetter takes a 5% commission fee (plus 3% payment processing service charge) from every job. There’s also a pool of top talent, vetted by SoundBetter.

“We have a sub-category called Premium Providers. It’s a highly, curated program and we accept less than 5% of those who apply. For those who are accepted there’s a monthly recurring $59 fee. They get several benefits to be part of that program.  They’re people we feel more comfortable introducing clients to for projects.”

Turnaround time for projects varies depending on the scope of a project but are typical for the industry.

Mastering jobs are generally 24-hour turnarounds. Production jobs for a full album or movie soundtracks can sometimes take up to a month. The average, Gilad says, is around a week, depending on services hired.

In the event there are disputes, SoundBetter encourages the two sides to come to an agreement. “We’re here to facilitate, but the agreement is between the two sides. In very rare cases we encourage one resolution or the other. Fortunately, that doesn’t happen very frequently.”

Copyright and ownership of material is also important for each side to discuss before the project is started. Most jobs are understood as work-for-hire for mixers, guitarists and mastering engineers. “With singers it depends,” Gilad said. “Again, it’s always agreed upon by the two sides. We see that typically if the song is already written it’s a work-for-hire. If someone is getting hired to write lyrics or a melody, then it’s often they agree on a split sheet for publishing, etc. We have a few songwriters who agree on work-for-hire terms, but it’s less common.”

Last year, the company was acquired by Spotify which gives it more leverage in growing its business. SoundBetter still essentially operates in its own bubble within the Spotify For Artists suite of tools, but is able to leverage the marketing, press and operational divisions of Spotify.

The talent on SoundBetter represents every genre across the world, something Gilad points to with pride. “It’s really artists all over the world, from islands in the Indian Ocean or Alaska collaborating with folks in Los Angeles and Africa. That’s what rewarding for us. We’ve seen projects that turn into friendships. People fly out and make videos together. It’s pretty cool.” 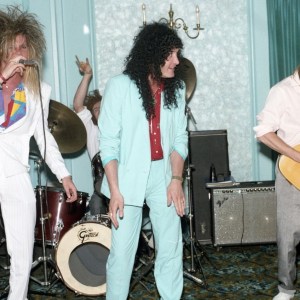 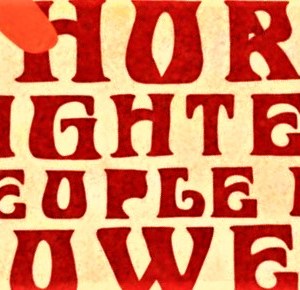