It’s hard to believe that anyone first introduced to Sparks on 1974’s breakthrough Kimono My House would predict the brothers’ Mael would still be releasing radical music some 46 years later.

But here we are, greeting studio album number 24, still scratching our heads about how such an idiosyncratic group could not just survive, but (occasionally) thrive, five decades after Sparks’ commercially underwhelming 1971 debut. Thank a cult audience that has stuck with the duo of Russell (vocals) and Ron (keyboards) through thick and mostly thin. It also helps that acts such as Morrissey, Yello, Suede, Depeche Mode and the Pet Shop Boys among others have been influenced by their sound, style and overall vision. Franz Ferdinand even recorded a well-received joint album with Sparks in 2015. A full length documentary on the Mael’s history is also in the works.

The brothers’ peculiar, some would contend twisted, art-pop, is only part of their story. There is also Hong Kong action film soundtracks, disco (with Georgio Morodor), operatic rock and techno, all propelled by skewed, clever lyrics. To say Sparks has been unpredictable, noncommercial, witty, and often humorous would be an understatement. Who else would name an album Angst In My Pants or a song “So Tell Me Mrs. Lincoln, Aside from That, How was the Play?” (from 2017’s Hippopotamus).

That said, the songs on A Steady Drip, Drip, Drip (the title implies Sparks’ extended lifespan) are a throwback to their more accessible years. A full band with guitar, bass and drums accompany the Maels’ still oddball approach. It’s evident in cuts titled “I’m Toast,” “Sainthood Is Not In Your Future” and especially the lovely closing ballad “Please Don’t F**K Up My World” (with surprise vocals from a youth choir), all showing Sparks hasn’t lost its ability to craft edgy yet surprisingly catchy material. It takes a special talent to create sing-along lyrics to the prog-pop operetta styled “Stravinsky’s Only Hit” that read “On his resume/With his great ballets Firebird et al/They don’t list his hit/Guess it doesn’t fit/Heard it at the mall.”

You’ll need to warm up to Russell’s striking falsetto, a major aspect of all Sparks’ music, to fully appreciate the band’s distinctive, occasionally alienating approach. But once you’re hooked-in on songs such as “iPhone” (that includes the arresting chorus “Put your f**king iPhone down and listen to me” over a funky techno beat), the 10CC styled “Lawnmower” with its trilling “la-la-la-las” and particularly the oom-pah beats that drive “Onomata Pia,” you’re hooked for good.

While there isn’t anything as instantly memorable as 1983’s still fresh “Cool Places” hit with the Go-Go’s’ Jane Wiedlin, there are plenty of tracks in this 15 tune set that come close. Sparks’ eccentric, eclectic sound can be summed up in one word;quirky. But even that doesn’t do it justice because these songs are as wonderfully wild, fractured, rambunctious, jittery, and above all melodic as the best in the band’s bulging catalog.

For longtime fans, A Steady Drip, Drip, Drip (pre-order) is just another impressive notch in Sparks’ ever expanding career belt. But newcomers can come aboard here, then work themselves back through nearly five decades of similarly ecstatic, challenging and generally delightful Sparks music, most of it well worth hearing. 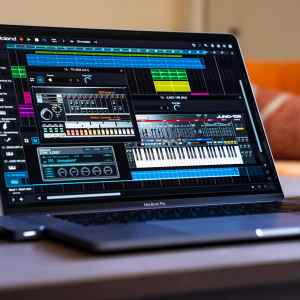 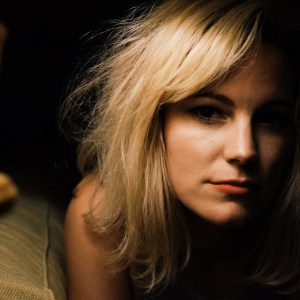