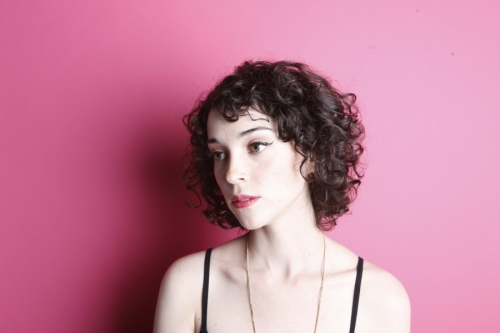 In theatre and film, music is used as an emotive device that can convey or reinforce feelings and ideas that speech, acting, and visual displays can only hint at on their own. In St. Vincent’s Actor, Annie Clark examines this interdependent relationship, and re-imagines what can happen when these arts are used to inform each other.

Talk about how you immersed yourself in some of your favorite films like Pierrot Le Fou [Jean-Luc Godard: 1965] and Star Dust Memories as a means of compositional inspiration for Actor.

Yeah, I started off watching the Disney films I loved as a child. I found that when I was re-watching them that I loved them even more. The music in those films; there’s no other word for it than magic and it inspires that magic and awe you feel as a child. So, I was really influenced by the lost beauty and majesty of the Disney scores, as well as the score from Pierrot Le Fou which is another one of my favorite films. Sometimes, as a means of getting out of a writers’ block, I would watch films on mute and imagine how I would score it or communicate it.

How did Godard’s existential portrait of life in Pierrot Le Fou influence Actor?

Do you think Goddard’s abrupt, impromptu approach in that film, found its way into how you pieced together the album?

Yeah, what struck me about that film was just the realistic motion of it in a lot of ways. It’s almost out of sync with linear time. That’s kind of how the brain works, and kind of how life works. You can be walking down the street in one moment, and, then all of the sudden, mentally, you’re absolutely someplace else. It happens in an instant. We are kind of always assessing the information that’s in front of us, and also always kind of living in the past or living in the future. Instead of [creating with] building blocks and thinking, “Oh this plus this plus this equals this,” and then this big finish and curtain call. I was trying to do something less linear. I think I want to keep trying to do something less linear but I don’t know how well I did in that.

What aspect of Sandy Bates’ [Woody Allen’s character] struggle in Stardust Memories resonates the most with you?

I mean, you can’t beat that image of him sitting in his kitchen with the giant image of the Viet Cong behind him. It’s darkly comic. Within the absurdism is the artistic existential crisis, I mean it’s perfectly juxtaposed. I love that film so much. Actually, I just watched it a couple days ago on a plane, and was just weeping at the end. I think everybody questions if what they’re doing has any intrinsic value. Especially if your confronted with the reality of human existence and how beautiful, and how painful, and unjust that can be. Every artist wonders, “Am I really contributing to humankind, or am I just following this strange narcissistic path that will be self-serving.” I suppose it’s not so easily wrapped up because it’s a film, within a film, within a film so he’s kind of undermining himself over and over again in really poignant ways. He comes to that resolution that… it does matter. Making really beautiful art I think really does matter—and I don’t say that because I think I make really beautiful art, but I am trying to. Slowly but surely, I’m aspiring to it. I think it does matter in the world. 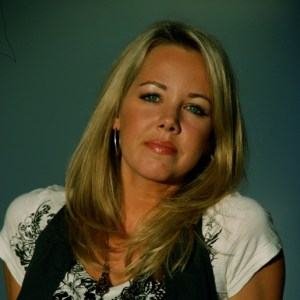 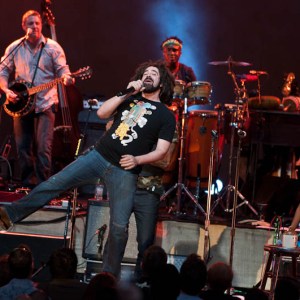