In 2013, Stefan Alexander got tendinitis in his forearm and couldn’t play guitar. A year later, he lost his ability to sing. Jumping from different tests and therapies, he was later diagnosed with a rare condition of the nervous system, which left him debilitated for years. “It was the hardest three years of my life,” says the New York City-based pop singer. By 2016, Alexander was writing and recording through the pain, documenting his journey through debut EP, 2019’s Thunderclap, and coming out on the other side of his past struggles on second release, Cry Again, out this spring.

Weaved into Alexander’s experiences over the past six years and pulling in different parameters, Cry Again trickles into synth-pop, R & B and danceable melodies, all wrapped in soulful vocals. The title track reflects on the singer’s four-year struggle and all the emotions around dealing with his condition and coming out on the other side. “Cry Again is sort of the aftermath and getting back in touch with my emotions, all these emotions I had bottled up for so long and didn’t allow myself to feel,” Alexander tells American Songwriter. “It’s this fear that if you let it go, the floodgates will open, and it will all come out and you won’t be able to stop it. There was this subconscious thing happening where my body would not let me cry, and would not let me go there.”

At one point, Alexander admits he was even afraid of becoming a victim of the current culture of toxic masculinity. “Even though I grew up in a very progressive household and tried to be as emotionally aware and empathetic as I could, you can’t avoid the water that you’re swimming in,” he says. Eventually, it took Alexander’s childhood dog of 15 years passing away to open the floodgates of emotion. “It was super sad, but I was so thankful for the life of this dog,” he says. “That really allowed me to completely let go, which was an incredible experience.”

Alexander takes his first stab at a political song on Cry Again track “Up and Away,” which speaks to the impending craziness of the current state of politics and, ultimately, the power of the people. “I wrote this track to motivate me and whoever else to take action and remember the power we have as citizens, at baseline, to vote,” says Alexander. “Remember the power of our voices. Don’t let this time in our country be demoralizing, but use it as a motivator even though it feels harder and harder to do so every day.”

More R & B dips into first single “Photograph,” a tale of the millennial vortex, and the often “empty promises,” of dating apps. Guilty of falling into the endless, app loop, Alexander says it just caused him more grief than pleasure. “This song was about the promise those apps can give, that one of these people can be the one,” he says. “All you have is four or five photos and three sentences. It’s so irrational, and then you’re left waiting to see if they swipe right like you did on them.”

Still, Alexander says there’s a good and bad to dating apps, and he connected with people that he never would have met otherwise. This past year wasn’t so much about love for Alexander but more about the music. Last year, he even followed the sage advice of a Chinese I Ching reading advising him to focus on his career and let dating go to the wayside. “I will never say any of these things are evil since I love and hate it at the same time,” he says. “This year, I’ve been picking it (dating) up again—and in the gayest city in the world. San Francisco has nothing on New York—maybe Tel Aviv, apparently, but I’ve never been there.”

Produced by Elliot Jacobson and Andrew Horowitz, who have worked with Alexander the past five years, most of the tracks were originally recorded back in 2016 while he was still in the the thick of  chronic pain. After back-and-forth testing, he was diagnosed with central sensitization syndrome, a rare condition of the nervous system linked to the development and maintenance of chronic pain. After some rehabilitation at the Mayo Clinic in Minnesota, Alexander was finally able to work through the pain and discomfort—and sing again.

Early on, Alexander says a little imbibing helped him push through the recording process. “There was no medicine, so if I drank a six pack or two I could get through an hour of singing,” he says. “Otherwise, I could only sing five or ten minutes.”

Somewhat removed from his early beginnings, growing up music was centered around folk festivals and playing in indie folk bands throughout high school for Alexander. Born and raised in Northampton, MA, considers himself a New Yorker after living in the city for more than 10 years. And it was during his time in New York, that he fell deeper into the pop bubble and continues to find inspiration in everything from folk, big band and other early 20th century tunes, right down to Middle Eastern pop.

“There are so many influences—everything from the Pakistani pop music blaring from my local bodega to the Bonda Mexican pop music that I hear walking in Bushwick (Brooklyn),” says Alexander. “It’s all the music playing from cars, and the overwhelming amount of concerts here [in New York].”

Music of the 20s, 30s and 40s specifically impacted the singer, who built an impressive collection of 78 RPM records—old-fashioned, grooved discs used through the 1950s—in his teens. Louis Armstrong, Billie Holliday, Bessie Smith—he immediately became obsessed with collecting all the music of this era in its original form. “I became completely obsessed with collecting as many records as I could,” he says. “I listened to every single one. If I liked them musically I would keep it, and the rest I would give away on Craiglist.”

After a newspaper article featured him and his collection, 40 to 50 elderly people in his town reached to him offering up boxes of the vinyls for grabs. Suitcase record player in hand, Alexander would go over to their house, play some records and they’d send him on his way with another batch. At one point, he had 2,000 78s. Today, he’s pared it down 800-1,000, and all are still stored at his family’s house in Massachusetts.

This particular era, and his folkier roots, still have a hold on how Alexander approaches music. “That to me, as well as the era I grew up in, the folk music I grew up on, and those records were hugely foundational in terms of my songwriting—that Tin Pan Alley, big band, Glenn Miller, Fats Waller,” he says. “That songwriting style, the twelve-bar blues, really changed the way I approached and thought about songwriting. To think about writing a song that is of its time but can also be listened to in 70 to 80 years and that someone can hopefully feel something from it was hugely motivational.”

When motivated, New York City subways are his writing post since it’s the only time he says he can be alone and not doing anything else. For Alexander, a song can come from anywhere or any moment—something as sad as a death in the family, a really great night out or conversation with friends, or a story he read.

“The words and the melody usually come at the same time,” he says. “Since my illness, I’ve been so much more motivated to write things I hope will uplift or at least motivate me in my life. If they can help someone else, then that’s icing on the cake.” 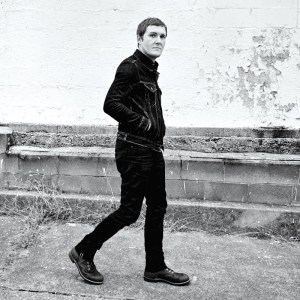 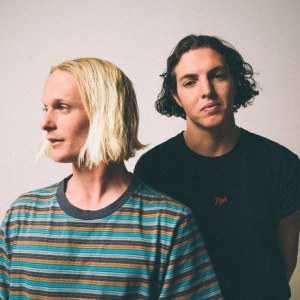