Stephen’s adult life is divided into two parts. “There’s pre-Lyme and post-Lyme,” as he sees it. After releasing his 2016 record, Sincerely, a debut shocked with eclectic wavelengths, the Virginia native plotted a successful cross-country tour. Right in the middle, however, his health crashed, and it took several months of doctors’ visits to pinpoint the culprit: Lyme disease.

He officially received his diagnosis late October 2016. While his star was then meteoric ─ from major festival gigs to rave reviews in the press ─ his body stalled completely. “Everything was happening. I had put out the album, and it was going great. I had moved to Joshua Tree to be alone and create my second album. All my wildest dreams were in motion,” he tells American Songwriter over a recent phone call.

“I thought I was crazy because all the doctors were telling me I was stressed out or that I was having an allergic reaction to something I was eating,” he continues. “It was this weird contrast. Everything externally was happening, and everything internally was crumbling.”

He then moved back home to Vienna, Virginia, a town of 16,000, for seven months to heal, recharge, and reprioritize his life. “It’s not getting sick that changed me, it was having that really visceral experience with that which is out of our control and feeling powerless,” he considers. “The real change in my life that came after getting sick was remembering to be grateful when things are good. At any point, you can be struck down by a lightning bolt.”

Eerily enough, he finds the current COVID-19 pandemic a “good example” in how tragedy can drastically shift one’s perception of and gratitude for the world. “Lyme really prepared me for this. I’m noticing all my friends being really paranoid about getting sick and feeling really uncomfortable about instability,” he says. “Obviously, I share that worry, especially with my own parents and older relatives. We’re never promised another moment. We can’t take anything for granted. Although it seems like we have security and everything is good, at any point, everything can be shut down and changed. Our whole idea of society and how we function can slip instantly.”

Through such unimaginable tragedy, fear, and powerlessness, Stephen learned to become comfortable with life’s instability and began gluing the pieces back together. Renewed gratitude, strength, and determination sent him back out west early summer 2017. “The first year was a bit rocky. I remember still wondering if I was even truly better,” he admits. His health progressively improved, but then the next hurdle presented itself: he had to find his creative groove again.

He returned to the studio as often as he could, laying down tracks for what he hoped to be his sophomore effort. During this time, people in his life ─ those who had, in fact, convinced him to drop out of college and relocate ─ began pulling him in another direction. “My whole team had supported me as I was making the [first] record,” he explains. “When I got back to LA after being sick, they wanted me to put out a bunch of songs I didn’t want to. I just didn’t feel ready yet. I was still finding my voice and what I wanted to say next. They felt like I just didn’t care and that I was being lazy.”

So, they dropped him.

Stephen appeared unfazed, though, and pushed forward with writing and recording. He released the follow-up, an EP called it’s too much love to know my dear, a side-winding alt-pop splash, in early 2019. As his creative juices were flowing once again, life offered up an unexpected treat. A childhood friend had been busy touring around Southeast Asia for a few months and invited him along for a much-needed escape; he couldn’t possibly say no.

Spontaneity was exactly what he needed. He packed his bags and set off for an adventure of a lifetime. What began as a two-week trip turned into two, truly illuminating, months. Basing himself out of Thailand, a city which greatly inspired two specific songs on his forthcoming new album, Akrasia, out August 21, he flew around to various other Asian countries to regain a sense of whimsy and adoration for an ever-evolving world.

He returned to Los Angeles early last summer, far more rejuvenated and light, and he began to notice he had undergone another cataclysmic shift. “That trip was the first time in a very long time I got to be a little healthy and outside of Los Angeles and outside of the music industry and outside of the idea of my self-worth being tied to my art,” he confides. “I had no responsibilities, and I rediscovered a lot of the things I think I had lost being in LA: a child-like curiosity for the world, an insatiable appetite to connect with people, total presence, spontaneity, and being adventurous.”

He continues, “I also felt incredibly grateful for the life I had to come back to. For a little bit there, I thought maybe I was just going to stay out and travel for a while. As I got to meet people and see their lives, I realized that I had an incredibly lucky circumstance. I get to make a living with art and music. I realized there’s more fight in me.

To say his fire had been rekindled is an understatement.

His passion for music-making roared back to life. It wasn’t two or three weeks later that his new music poured out of him. His new song “I Never Stay in Love” ─ which he described over text to a friend as “grungy racket, man, everything clipping, just fucking jdlkjalksfd;lkjdf, sexy af, catchy, revealing, unspoken truths, emotional, and human, more human than anything” ─ kickstarted it all. He sets the scene: “I was at a party two or three nights before writing it. I was in the Uber leaving the party, and I had this really inspiring conversation with a friend. I think I was smoking a cigarette, which is very rare…”

Two days later, “I Never Stay in Love,” as well as another new cut called “Helluva Night,” cemented in his head exactly what he was supposed to say and do next. “I was freaking out. I think I had spent the whole day on [‘I Never Stay in Love’]. Then, I took a long break and walked away and got high. I forgot what the song even sounded like, which is the best part of the creative process. It’s really the only time you’ll hear what you’ve created with fresh ears. I was so overly excited, it was almost uncomfortable.”

Two songs in the pocket, he “started seeing a vision of what [the album] could be,” he remembers.

Akrasia, a term he heard during a Sam Harris’ lecture, ranges from emotional to uncomfortable, a feverish, intensely personal scope in which Stephen confronts a part of himself which “craves instant gratification,” he describes, pausing. “When you confront that side of yourself and allow yourself to indulge, you experience incredible highs and escapes from reality. But every single time I allow myself to reach for something sweet like that, it always leaves me feeling empty and worse off. Those are the lows.”

His daring is that of a trapeze artist, inching across the tightrope, everything he once knew or believed blurring out of view far below. He grounds himself, of course, with gritty, gutting songwriting which seems even more honest, urgent, and inescapable than ever before. It simply mirrors his personal trajectory. “What I’m realizing for myself is mindfulness is key here,” he stresses.

“Let’s say you have a problem eating candy or something. If you continue to stay mindful through the process of indulging, you start losing a taste for it because you know how it’s going to end. You know the trips you go on every single time,” he says. “You get over it. I’m happy I didn’t just resist from the beginning and say, ‘I’m not going to do these things that are going to hurt me.’ I’m happy I allowed myself to do them and do them mindfully so I could get over them. I just lost my appetite for it.”

He’s talking about relationships, video games, and drugs, among a number of other reality-altering items he found to be dangerous to his state of being. The album, produced by Stephen and mixed/mastered by James Lancaster, stands at 11 songs and emerges as “a collage of different feelings and sounds,” rather than a distinct storyline. “It all just happened one by one, and I started understanding it. As I started seeing the album, I started going back to songs and expanding on them. There are a lot of outros on these songs. I have the traditional pop arrangement, and then, there’s this whole second half to a lot of songs that have these almost psychedelic outros. A lot of those outros were written after the fact and added to help tell the narrative.”

Yet several thematic threads appear to penetrate throughout the entire runtime. “I would like for people to know that making mistakes and feeling like a fool, and feeling regret and shame… they’re all necessary steps in the journey. Just because you’re feeling those things, it doesn’t mean something is wrong or that you’ve gone the wrong direction,” he offers of what he hopes to be the listener’s own experience. “It probably means you’ve gone the right direction. Now, you just have to make sense of it and keep going. I want to give people a little bit of self-acceptance and grace in their journey.”

While the listener uncovers long-hidden turmoil and confronts their own mistakes, a sense of wonder, joy, and curiosity should, as he predicts, flow up to replace the past. “The album is playful, and it’s like being an adult in a sandbox. You’re letting go of this idea of being serious and being an adult in the world. I want people to remember what it’s like to be totally infatuated and in wonderment [away] from the mundane. [I want them] recognizing the miracle that is life and how grateful we all should be that we are even just breathing.”

“The whole album is wrapped in a bed of gratitude,” he concludes. 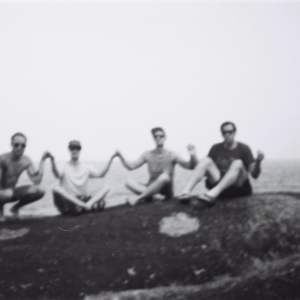 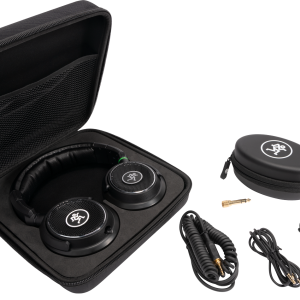