Late into his set on Thursday night at City Winery in Nashville, Steve Earle remarked between songs that “one of the things that sucked about 2016 was that Guy Clark died.”

Earle, performing solo on acoustic guitar, as part of a month-long residency at the venue, then proceeded to play a new song titled “Goodbye Michelangelo,” a brooding, minor key dirge that paid tribute to Clark, his former mentor and friend who passed away in May at the age of 74. One of the verses went:

So long my captain, adios
Sail upon the sea of ghosts
Chase the white whale to the end
Bring the story back again
I’m bound to follow you some day
Because you have always shown the way
So we knew where we had to go
Goodbye Michelangelo

The song, Earle said, would appear on So You Wanna Be An Outlaw, his forthcoming “kind of country” record that features Willie Nelson on the title track, as well as one song co-written with Miranda Lambert and one co-written with Johnny Bush, the Texas country songwriter best known for having written Nelson’s signature tune, “Whiskey River.”

Earle’s personal mythology is forever tied to the left-of-center country-folk scene of 1970s Nashville, a salon of sorts that featured a confederation of songwriters immortalized in the documentary film Heartworn Highways. Shortly after arriving in town at the age of 19, Earle met Clark and fell under his influence. But it was Townes Van Zandt, who in those years alternated between Nashville, Texas and Colorado, that really set the bar.

Before playing his tribute to Clark, Earle related a story about Van Zandt, how every summer this feral spirit would ride a mustang horse named Amigo across mountain wilderness from Aspen to Crested Butte, a nearly 60-mile trip as the crow flies.

He then played Van Zandt’s impressionistic masterpiece “Rex’s Blues” before launching into “Ft. Worth Blues,” a tune he wrote after Van Zandt’s death in 1997 that Clark also recorded on his album Cold Dog Soup.

Buddy Miller, who produced Earle’s last album Colvin & Earle (which he made with Shawn Colvin) opened the show. It was a special set considering the fact that Miller was joined by his wife Julie, who rarely performs or records anymore.

“We only do this every 15 years or so,” Buddy Miller said.

The husband and wife team, whose last album together was 2009’s Chalk, performed a number of tunes from that record, including Porter Wagoner’s “Gasoline And Matches,” as well as the title track.

Julie Miller told the story about penning “Chalk” in the middle of the night in their bedroom while Buddy slept. Once she finished it, she quipped that it was the only time in her life she wished her husband would wake up, just so he could hear her new creation.

Near the end of the set, Earle joined Miller for the Gram Parsons and Chris Hillman-penned standard “Sin City.” Given the events of the day, the song, first released in 1969, evoked an eerie timelessness, especially when the two joined in for the line “it seems like this whole town’s insane.”

Earle said Hillman once told him that the final verse of the tune (“A friend came around/ Tried to clean up this town/ His ideas made some people mad/ But he trusted his crowd/ So he spoke right out loud/ And they lost the best friend they had”) was in fact about Bobby Kennedy. The times they are a-changin’, yes, but in some ways they are not. 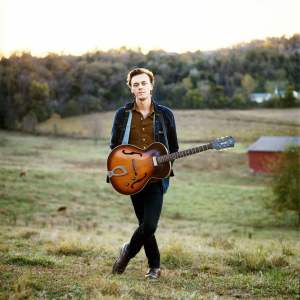