Think of two jump ropes. You’re in between, one arcs above your head as the other sweeps under your feet, which are themselves lifted off the ground. Picture this whirl of string and height going for two, three, four minutes at length. This is a metaphor for the music of Oakland-born artist, Still Woozy, whose dreamy, off-kilter songs are produced with such studio savvy that it comes across like sonic childhood Double-Dutch. Still Woozy, aka Sven Eric Gamsky, makes music that feels like your eyes just opened or your whole body is in mid-air. This is especially the vibe of the artist’s latest album, If This Isn’t Nice, I Don’t Know What Is, which he released on August 13.

“I got this pedal,” Gamsky says. “Called Lo-Fi Junky. I plugged it into my guitar and I got this sound that I hadn’t heard before. It sparked a lot of things and felt like this warm blanket, especially when I would produce the guitar in a certain way.”

To get the effect he wanted in a song, Gamsky played a guitar line and panned it to one side, then he played the line essentially identical again and panned it to the other side. But due to the power and style of the pedal and the fact that no one can play anything exactly the same twice, the result is a warbled, warm tone that both creates and fills space. “It wraps around you,” Gamsky says. “It’s an immersive experience you’re drawn to.”

Growing up in Northern California, Gamsky’s family introduced him to music early on, especially in the car. He remembers long listening occasions when the five-person family packed into the Suburban for extended vacations. While this provided an education, a foundation, it also brought out strong emotions in Gamsky. He hated it! Or, he rebelled against it.

“For some reason,” he says, “I did this annoying thing where I always wanted to be different from my family. They’re all in medicine. My brothers are both doctors. My dad is a doctor and my mom is a nurse. So, I kind of developed my musical taste in the beginning in opposition to whatever my family was doing.”

Early on, Gamsky looked to music for salvation, peace. He remembers listing to songwriters like Jack Johnson in his headphones during a “hellish” sixth-grade year. As the power of music sunk in, he began to dive deeper. He saw people at a camp he attended singing and he knew he had to be a part of that.

“When you’re so young,” he says, “and you are first hearing something, it’s almost magical, a religious experience. You don’t have any frame of reference for it.”

In a way, Gamsky thinks of songs as these little mythical creations. They inspire and dazzle. But the rub, as they say, with that understanding is that if you want to create your own music you have to demystify the very nature of songs. As the philosopher, Kant, once noted, botanists know how desperate flowers are, whereas the ignorant just think they’re pretty.

“I feel like it’s just like any relationship that develops over time,” Gamsky says. “It gets deeper the longer you go.”

At 11 years old, Gamsky began to record his own music. While it wasn’t any good (he laughs and calls it “garbage”), he got better. In college, he joined a band. He worked with other musicians. They failed a lot, he says. But kept at it. They learned more and more. Eventually, Gamsky decided to make his own way and that’s when he started Still Woozy, naming it after the hazy-mazy feeling his music offers. The artist’s latest offering began when he deiced he wanted to put together a complete object, not just produce and drop single after single.

“I wanted to show all the songs on my palate,” he says. “All the styles. I think of myself as a curator of sounds that I love. That’s what makes my identity. So, I wanted to have a home for all of them.”

Gamsky, whose Still Woozy project is signed to the famed record label Interscope, says he’s looking forward to future tours (he has about a billion dates scheduled through 2022) and more music. But perhaps above all else, he feels tied to writing. If he had to make a choice, if he could only have one aspect of the industry at his fingertips, he’d still be writing, content to live in the recording studio making more and more sonic hoops for audiences to leap through, excitedly.

“You give your attention up for a second, a minute, two minutes,” Gamsky says. “You let your guard down and that feeling of space, feeling vulnerable, I think that’s really special.” 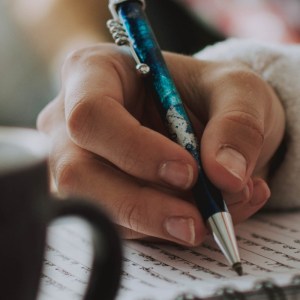 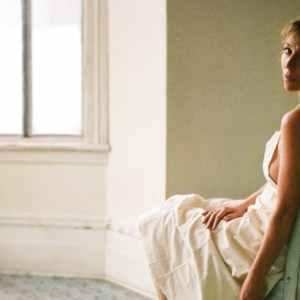