On the challenges of being a songwriter

“Songwriting,” said Sting, “Is much like trying to catch a wild animal. Only you cannot kill the beast – you have to somehow trick him into being captured. And you can never use the trick twice.”

He was in Los Angeles in October of 2016 to discuss his newest album at the time, which was 57th & 9th, and which was released on 11-11-2016. It was his first new album of original rock songs in a decade, and to discuss it, and the songwriting work that it entailed, he came to the Grammy Museum in downtown L.A. There, with much warmth and humor, he opened up on the ongoing challenge of writing songs over all these years.

“There is no repeatable method,” he explained. “Every time it is different.” So this time around, to force himself both physically and mentally to come up with the goods, he wrote many new songs in the cold of winter, outside on the porch of his New York home, where the weather was freezing.

“I knew I had to write a song or freeze.  It created an urgency that forced me to focus. So I wrote a song.”

Songs such as “50,000,” a contemplation of the recent deaths of so many of his peers, including Bowie, Prince, Lemmy and Frey, began to emerge.

At the start of his career, during the punk era in the UK, he was not a rocker. He was playing jazz.

Why? “Because I needed to make money,” Sting said more than once. “It was the only way I could get paid.”

At 65, he looked as fit and youthful as ever, though often admitted to being burdened by all the years which have passed since he started. Songwriting, he explained, unlike other human pursuits, never gets easier. It is forever a challenge needing to be met.

He related how, when he was a young man working as a teacher, the inspiration of Bob Marley and reggae music fused with the energy of punk to create a sound and spirit, from which the Police emerged.

First teaming up with drummer Stewart Copeland, he realized the ideal trio when Andy Summers joined. Their dynamic chemistry inspired Sting to write songs for the trio, including “Roxanne,” “Message In A Bottle” and “Every Breath You Take.”

Asked why he ultimately left the band to pursue a solo career, he had no definitive answer except to say, “I have done a lot of things in my life people might see as mistakes. I left the biggest band in the world. Why did I do that? I wasn’t even sure at the time, but it felt right to me.”

When he was asked to name his songwriting heroes, those who came before him and led him on his creative journey, he named one name only.

“When it comes to songwriting heroes,” he said, “there is only one I think of. Paul Simon. I consider myself a student of his work.”

A neighbor of Simon in Manhattan, Sting said his education from Paul was both direct – advice received on songs – and indirect – information gained from decades of studying Simon’s songs.

To the question of whether a songwriter is limited by his ability to write new songs, he said, “No. There is no limit. Songwriting is like an ocean. It is endless.”

After the discussion, Sting played a few songs acoustic for the sold-out audience, including “50,000,” and “Down, Down, Down” from the new album, as well as two classics: “Message In A Bottle” and “Every Breath You Take.” 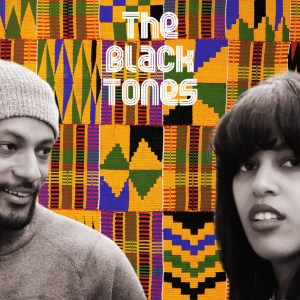 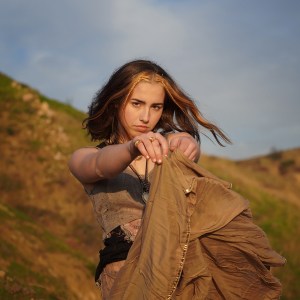