Eva Walker, front woman for the Seattle blues-rock band, The Black Tones, remembers seeing shampoo commercials as a young girl and thinking her hair would turn out like the white model’s hair if she, too, used the shampoo advertised. When what you see everywhere – from people in government down to people in common shampoo commercials – is all of one sort, it’s hard to know where you fit in. That troubling dynamic is the foundation for The Black Tones’ latest single, which we are happy to premiere here, “My Name’s Not Abraham Lincoln,” recorded by legendary rock engineer, Jack Endino.

“The song is simply about the lack of representation,” says Walker, co-founder of The Black Tones along with her twin brother, Cedric David. “In my childhood, everything on TV seemed to only show and represent a certain group of people. I never saw Black shampoo commercials. I remember thinking, ‘If white skin and light hair are ‘normal,’ then what am I?’”

In the years since childhood, Walker has grown into a music aficionado. With her band, she has opened for prestigious groups like Weezer, Death Cab for Cutie and Mavis Staples. Recently, Pearl Jam’s Mike McCready released an A/B 7” featuring two songs by The Black on his record label, Hockey Talkter Records. The band also appeared on the recent All In Washington event, which featured the likes of Dave Matthews, Sir Mix A Lot and Brandi Carlile. But beyond these accolades, it’s Walker’s relationship with her family, and particularly her twin, that fuels the group.

“Cedric and I grew up doing so much together,” she says. “We are a big influence on each other!”

But part of their story as Black Americans is growing up in a country that isn’t always made for them and, worse, often engenders violence toward people who look like them. Walker’s grandfather, an engineer who would later work at Boeing in Seattle and then on the U.S. space program, couldn’t get a job in his native south. He had to move from there to the Pacific Northwest to simply find work.

“Our family has taught us a lot about American society through their own experiences living in the south,” say Walker, whose mother and grandparents are from the New Orleans area. “From our grandpa fighting in World War II but not being able to sit where he wanted with his family in a movie theater, to working his way to be a successful lead engineer after being told ‘Niggers aren’t engineers.’”

It’s these roots that bore the fruit of Walker and The Black Tones. It’s this past that pushed the group to release a song (and 8-bit video game) called “The Key of Black (They Want Us Dead)” and, today, their latest single. With lyrics like, “My name’s not Abraham Lincoln / I don’t know who I am!” it’s easy to enjoy this song for its rebellious tone but to also understand it on a deeper, more impactful level: without proper representation, future identities are also lost. So, along with Lincoln, Walker chants the names of Jesus Christ, Ronald Reagan and Elizabeth Taylor.

“They are outdated names that represent outdated American standards and ideals,” Walker says. “Abraham Lincoln came first because when we talk about the end of slavery, more then anyone we always celebrate him. We give all credit to Abe when there were many abolitionists who we’ve left out of the history books and who we rarely recognize.”

Beyond the song’s message, however, there’s also much sonically to appreciate. For starters, it sounds like what one might hear in a saloon. It’s jaunty and hypnotic. It’s also the first acoustic track the band has released since making a name for itself in Seattle and on the venerated radio station, KEXP 90.3 FM, with the band’s local hit, “The Key of Black.” While fans might see it as a new direction for the group, Walker says it’s something that’s always been there for her.

“I’ve written quite a bit of acoustic songs,” she says. “But they don’t normally see the light of day, or they become a heavier electric tune. I love all kinds of music, from folk to country and ragtime. So, I wanted to give this song a ragtime feel with the piano. There’s also a hint of sarcasm in the song. Being Black and vulnerable, talking about these people we keep hearing about, we wanted to laugh some, too.”

Humor, for Walker, is important. Sometimes, she says, it’s the only way to get through when everything else around falls short.

“In the new song,” she says, “it sounds like we’re having a good time. But we are singing about something serious. Sometimes you have to laugh to keep from crying.”

The Black Tones · My Name's Not Abraham Lincoln 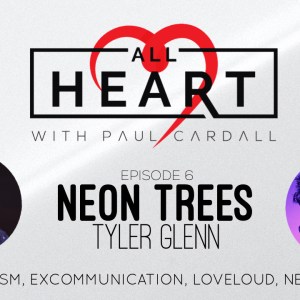 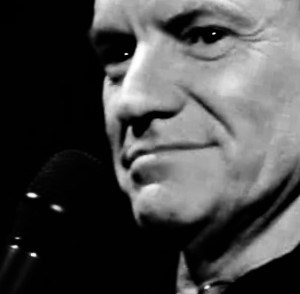