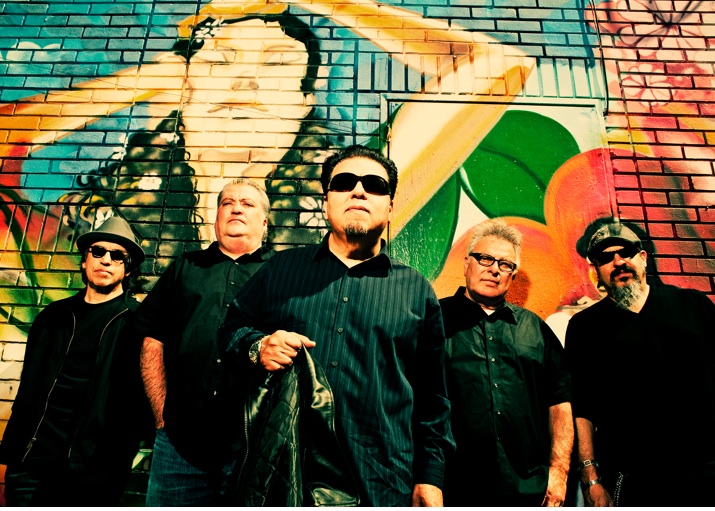 Los Lobos are known for being able to play anything from blues to rock to Latin music. Their latest album, Tin Can Trust (due August 3 from Shout Factory!), finds them in top form, moving from Spanish-language ballads to Tom Waits-ian instrumentals to a Grateful Dead cover. We talked with singer-guitarist David Hidalgo about where the band stands after more than 35 years together.

This is your first album of original songs in four years. What took so long?

I don’t know. Between [2006’s] The Town and City and this one, we made a children’s record of Disney songs. We did that because our contract was over with Hollywood Records and we didn’t want to leave them with another album of original material they would own.

You’ve said you wanted to write simple songs for this album. Why was that important?

Most of the best songs I’ve ever heard seem simple. It takes a lot of work to make a song sound simple and straightforward and not pretentious and that’s something we’ve been working toward for years.

Can you give me an example?

Pick any Hank Williams song or Willie Nelson song or Dave Alvin song. His songs sound straightforward. They’re in plain English, but they’re masterpieces. The best songs are the ones that don’t sound like there’s a lot of work behind them. Even Dylan, who’s the greatest, puts his songs together so seamlessly that they seem simple.

How important is it to you that each album showcase a little bit of everything you can do?

The music just comes. I remember Keith Richards saying the ballads are the first ones to come because they’re easier than to come up with than a riff that’s gonna rock and not sound stupid, but will be just stupid enough. We just take things as they come and try to just be open to whatever comes our way.

But there must be some rules. Would you ever do an album without a Spanish song, for example?

That’s part of what we do. If we did an album without one and it seemed complete, we’d go with it. But I think it wouldn’t ever seem complete to us without that because it’s part of our identity.

You recently were in the news for speaking out against the Arizona immigration law. How important do you think it is for artists to take a stand?

It’s important for everyone. If they could do it to Mexican people, they can choose whoever else they want to do it too. It’s an unfair law. People seem to forget that everyone in this country came from somewhere.

How does the songwriting process work in the band? Do each of you bring in songs?

It depends. For this album, we started with nothing when we went into the studio. We had a deadline we wanted to reach. We wanted to get album out this summer. So we forced ourselves to write. Steve [Berlin] had some ideas that got the ball rolling. The first song that came was “Yo Canto.” Then I went into the other room and had this idea that became “Jupiter and The Moon.”

We split up the work on this album. We didn’t have the luxury to sit around and discuss things too much.

You covered “West LA Fadeaway”. Out of all the Grateful Dead songs, why did you choose that one?

Back in ’88 we opened for the dead at Laguna Seca in Monterrey, California. I was invited to sit in with the band and we did “West LA Fadeaway”. There was some history with that song.

A lot of people still know you for “La Bamba.” What do you think when you look back at that?

It was a cultural thing. Ritchie Valens was the first Chicano rocker to have a Top 20 hit. He was important to us. When we heard the idea about making a movie of his life, we thought “Wow, that would be a great opportunity.” It was pretty strange when it became popular. It got us out there, but a lot of people who liked it didn’t know anything about the band. It overshadowed us. We resented it for a little while, but we’re over it.

Robert Plant recorded your song “Angel Dance “for his new album. Do you know Robert?

We met him about seven years ago in Cleveland at a Leadbelly tribute. We backed him up on a couple of songs. It turns out Robert was a fan of the Kiko album. He likes Los Lobos. It’s pretty cool that he even knows who we are. He did his version of our song with Buddy Miller and got a hold of us and said I’d like you to hear it. He wanted our approval. It sounds great. 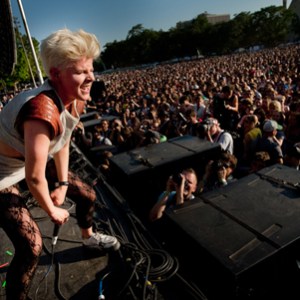 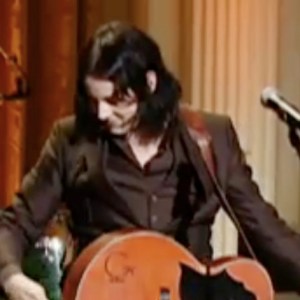