Last Friday, Samantha Martin & Delta Sugar released their new album, “The Reckless One” live on stage at The Empire Theatre in Belleville, Ontario. But the excitement doesn’t stop there because yesterday, the band shared the music video for the track, “Loving You Is Easy.”

This jungle-themed performance, matching the album’s aesthetic, was played with the 12-piece band both on stage with a small audience and through a live stream. This way, those who were unable to attend in person could still join in on the experience.

As she prepared for this event, Samantha Martin shared her enthusiasm and anticipation with American Songwriter.

“A 12-piece band just rocking on stage and non-stop music for 75 minutes, it’s gonna be really really fun. I’m so excited to play I don’t even have words for it.”

This album was written in 2019 and it captures the universal themes of love and relationships, both good and bad. There are 11 original songs and one bonus track, a cover of Bob Dylan’s “Meet Me in the Morning.”

According to Martin, the band had a difficult time narrowing down which songs to use on the album, since there were so many great options. After all the tracks were chosen, they used their leftover studio time to record this cover to finish off the record.

Martin wrote the track, “I’ve Got a Feeling,” with guitarist Curtis Chaffey, and this song was a “catalyst for the rest of the songs on the record. It really inspired a lot of the direction this album went,” says Martin.

Get the Tunes
Buy from Amazon

This one is a little different from Martin’s usual heartbreak songs about the guy who cheated or contributed to an overall bad relationship. This time, she did quite the opposite, she wrote about falling in love instead of falling out of love.

In the end, “Loving You Is Easy” was chosen as the band’s top song because of the power it holds in both the lyrics and the upbeat melody.

“It has this ‘loving Cup’ vibe to it. I wrote it about a guy I fell in love with and it had felt like I’d known him for a very very long time, even though I had just met him, we fell in love really quickly and I was a little bit scared…”

If you have ever felt those butterflies in your stomach when you first start talking to someone, then you will relate to the emotions in this song.

“I think this is one of the strongest songs on the record; It’s one of my favorites,” says Martin.

“Loving You Is Easy” actually started out as a ballad, but then it was transformed into a Rolling Stones kind of rock and roll song.

This song comes to life in the recent release of their first “proper” music video. The black and white video gives off an old-timey vibe as Martin drives down the road in her fur coat and classic, vintage convertible.

“It’s a really high-end cinematic sort of video for the song and it’s really exciting for me. I’m super pumped to see it in it’s glory out in the world”

Check out the video for “Loving You Is Easy” here: 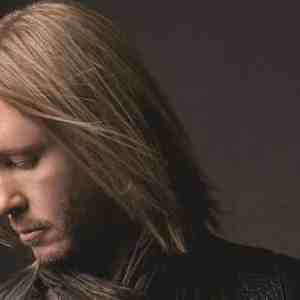 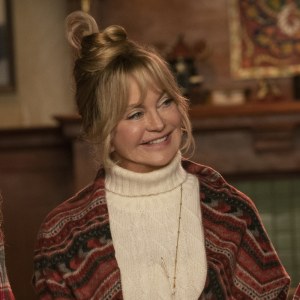