Oh, I know, there are a handful of Nashville songwriters who have the system down pretty well. They write with the right artists and producers, and, more importantly, they are really great at mastering the formulae that the radio and record industries really seem to demand. I don’t wish to seem judgmental, but I have heard all the songs I care to hear about “I’m from the country, this is how we do things and if you don’t like it you can kiss my butt.” That particular sentiment has been making the rounds of radio since the middle period of Hank, Jr., and every year there are new versions. All right. We get it.  Rednecks are good. Intellectuals are bad. Pickup trucks are good. Corollas are bad. Blue collar good, white collar bad. Country good, city bad. As the judges always say on Law and Order, can’t we move on?

But I digress. This column addresses the question: “Will the next generation of songwriters be able to make a living?” I’m not sure I can answer it. First, let’s take a look at what’s happening. CD sales are falling, falling, falling — though vinyl is coming back impressively. Very old country songwriters have seen all that before. Back in the early ‘70s, 100,000 was big album sales and 50,000 singles was a hit. And in those days, the writers split one cent for every record sold. So we depended on radio performances for our income. A No. 1 country hit in those days could earn its writers $30,000 total. We thought that was big money.

Today a No. 1 country hit can mean a half-million dollars for its songwriters.  Even in this down market, top country singers are still going multi-platinum. So where’s the problem? Well, you know the answers to that question. We’ve all talked enough about them. Too many artists writing their own songs and only rarely listening to outside material; short current playlists, and singles and albums released many months apart; major labels dwindling in numbers and shrunken artist rosters. Twenty-five years ago, hot songwriters were getting 100 cuts a year. Today, if you score a dozen major cuts in a year, then you are a major force. Furthermore, back in the good old days when a song became a big country hit, other artists cut it on their album. That was how country standards often got built. Nowadays, it’s virtually unheard of for an artist to put a classic on his/her album. The song has been devalued. The artist is king.

And yet, songwriters on Music Row still get together to write, and songpluggers still plug, and songs still break through the wall of rigid stupidity from time to time. And when they do, the writer still has reason to celebrate, and will continue to have reason to celebrate for years to come. After all, publishers are finding new revenue streams for songwriters, replacements for and additions to traditional income sources. I previously talked to my friend Troy Tomlinson, and he gave me a pretty good fix on the old and the new.

Nothing brand new here, but, according to Troy, “We’re spending extra man-hours in these areas.  There are more opportunities for song placements because there are so many outlets.”  Of special interest is the use of hit songs in many commercials. We all remember when most commercials were framed by memorable jingles especially written and recorded for the purpose of making commercials memorable. Jingle producer Steve Karmen wrote a wonderful book called Who Killed the Jingle?, in which he maintains that Madison Avenue’s own excesses caused agencies to forsake original jingles in favor of excerpts from hit records for their ads. Anyway, Troy sees considerable future growth in synchronization income.

We’ve all seen clever word content on T-shirts. Well, there’s gonna be a lot more of that, and much of it will be song lyrics, not only on T-shirts but on sweatshirts, shoes, jeans, and who knows what else? Publishing companies and writers can earn real money on royalties from a big-selling piece of clothing.

Rock Band and Guitar Hero were (are?) voracious users of published music and every year a multitude of new games are released worldwide. Many of them use music for which their manufacturers pay considerable royalties. Other video game franchises — think Madden — have added soundtracks in each subsequent release.

Every day new commercial sites come online, and some of them create deals for hit songs that will add to the attractiveness of the site. The Internet is that bright and shining thing that we all hope will continue to add huge new revenues to make up for the ever-shrinking record sales. In addition to website themes, there are performance royalties from any number of online radio and video sites. Surely they will come up with models that will last and provide a steady stream of royalties for the songs they play. Surely the PROs will track these stations so they can pay writers and publishers on the basis of actual airplay.

These are very exciting times. New media and new revenue streams mean new opportunities for the smart and the nimble. But unlike songwriters of the past, we can’t be passive song nerds. We’re going to have to really know our business if we’re going to survive. 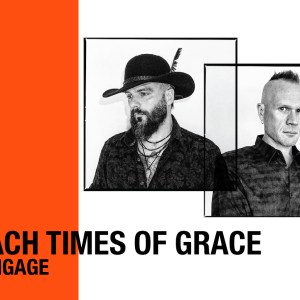 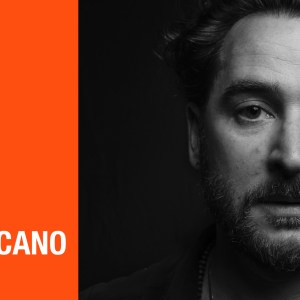