An evergreen song can help sustain an artist or writer’s career for a lifetime, and since he both wrote and sang it, Bobby Hebb hit the jackpot in 1966 with the jazzy pop hit “Sunny.” The song made it to #1 on the Cashbox charts and Hebb became an opening act for The Beatles on their final tour, and “Sunny” has since been recorded hundreds of times by other artists. But this song of love and optimism was actually written as a response to tragedy.

Born to blind musician parents in Nashville, Hebb had such a musical aptitude that he was performing on local television as a child, and was invited to play spoons as a teenager on the Grand Ole Opry by Ray Acuff in the 1950s, probably rankling some people when they saw a young black man on the Opry stage. He was part of a song-and-dance team with his older brother, sang backup for Bo Diddley, and was part of the jazz scene in New York. His world changed when his brother was murdered in Nashville the day after President John F. Kennedy was assassinated. Within the next couple days Hebb had reportedly written “Sunny.”

In an interview on the YouTube site of German production and management company and label Trocadero, which today offers a limited 7” vinyl single of the song, Hebb talked about his history in Nashville, and how he came to write “Sunny.”

“It was dark when I started working on the song, and the sun was rising, and it was a different color, the sky was like purple. At that moment I didn’t realize how special [the song] would become. I thought that it was good, and it would help, but I did not know how much … the president had been assassinated and the very next day my brother got killed. Everybody was feeling rather negative at that time, and I think we all needed a lift.”

While the term “a song that wrote itself” is usually an exaggeration, Hebb said this one came easily and quickly. “The lyric and the melody came to me at the same time. The lyric spoke for itself, it produced the melody. It was just right there. Under my fingers, all I had to do was just play it … I was at the right place at the right time, in the right frame of mind. I was ready to receive what was being offered.”

He told the Nashville Scene in 2000, “’Sunny’ is your disposition. You either have a sunny disposition or you have a lousy disposition … Instead of confusing, and building chaos, let’s make this day a nice day for everyone. Spread that type of news so that you can become a little more relaxed and not filled with chaos, because chaos can become a killer.”

Hebb was an accomplished guitarist by the time he wrote “Sunny,” and it wasn’t a song with a simple I-IV-V progression, but was much more involved, with maj7 and mi7 chords and three half-step modulations, demonstrating his singing ability and knowledge of how to match the melody to the perfect chord. In addition to having been cut by hundreds of acts from James Brown to Paul Carrack, “Sunny” was performed for a whole new generation of listeners last spring when it was sung by Billie Eilish and her producer brother, Finneas, as part of the Covid-19 benefit event One World: Together at Home.

Hebb died in 2010, but left behind a song that still carries an emotional impact, especially for the listeners who know the story behind it. 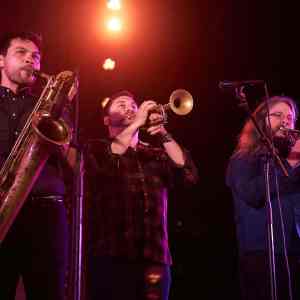 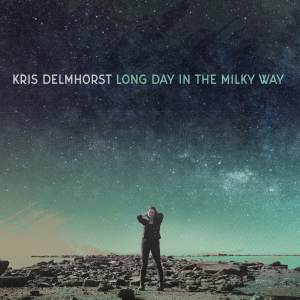