He is the father of two adorable children and the husband of a front line medical worker who finds herself dealing everyday with the stark reality of a continuing pandemic. So yes, for Adam Hambrick, these uneasy days have been enough to emotionally take him down for the count.

“It’s a heavy time for everybody,” Hambrick tells American Songwriter, days after his latest release Top Down, Southbound. “Nobody feels like they are doing anything well right now. The world is filled with bad news. It’s hard not to be literally depressed. I hope the more we are honest about that, the more we can relieve some of that angst.”

The 35-year-old with the studious-looking glasses and the Baptist roots takes a long, deep sigh.

“It’s a weird time to be breathing air.”

And yes, the air certainly does have a weight to it. But for Hambrick, that air got a whole lot lighter during a trip that took him exactly 1,972 miles from his wife, two children and Music City.

“It was a spur of the moment sort of thing,” reflects Hambrick on the impromptu video shoot for an acoustic version of his uplifting song “Sunshine State of Mind,” premiering exclusively on American Songwriter.  “We were there to film a TV thing for later this fall and our flight was scheduled that night and we had spent most of the trip holed up in the resort quarantining.”

So Hambrick and his buddies jumped in the car, and drove to Joshua Tree National Park in Indio, California.

“We got there and I was like, ‘do you have your camera and can we film this off the cuff?’” remembers Hambrick, whose September 4 release is the first of a series of three releases Hambrick calls “Flip Sides” that are set for release later this year and the beginning of 2021. “I had my guitar and the mood fit the song and the scenery? Well, it was all super cool.”

It was actually 2017 when, long before a life-altering pandemic threw Hambrick and the entire world into an emotional tailspin, songwriter Kelly Archer walked into the writing room with the title “Sunshine State of Mind.”

“I thought the title was cool, but I really didn’t know where it would go,” admits Hambrick, the writer of a multitude of songs including No. 1 hits for Dan + Shay (“How Not To”) and fellow Arkansas boy Justin Moore (“Somebody Else Will.)” “Once we got writing, we tried to make the song poetic, in a way. To me, it sounds like how love is supposed to feel.”

Written by Hambrick, Archer and Gordie Sampson, “Sunshine State of Mind” features a minor, almost angst-filled feel of the verse that leads into a chorus that ultimately straightens out via some feel good major chords that Hambrick says ‘basically punches you in the face with pop music a little bit.’

“Gordy (Sampson) came in with this insane guitar riff…I mean, that acoustic guitar riff blows my mind,” says Hambrick, who grew up on a healthy musical dose of artists such as Alan Jackson, Garth Brooks, John Mayer and The Foo Fighters. “I don’t think I could ever come up with that guitar riff. (Laughs.) And then that lead guitar hook over the top of it and the way they played off each other? It was so good.”

And when the song was through, Hambrick knew one thing for certain.

“It was the first song I wrote with them but I knew it wouldn’t be the last,” says Hambrick, who has toured in the past with everyone from Brett Young to Jordan Davis to LANCO. “I said to myself that I knew this is a trio that I can do what I do with.”

Of course, this new acoustic version of the song takes the song to a new place, a place that will always remind Hambrick of the gentler, safer place that he found while the world was seemingly crashing down.

“Filming this video was something I will never, ever forget,” he says quietly. “The experience was incredible. California is like another planet and I could probably never live out there, but every time I go, I get it. Its beautiful and its magical and all the things people say California is.”

And for this father of two and this husband of a front line medical worker who still finds herself in a pandemic, a little bit of California was exactly what he needed.

And maybe you do too. 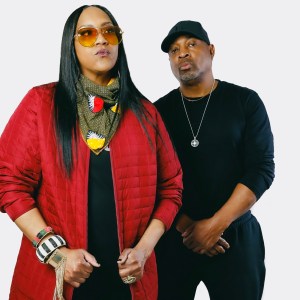