Twenty-five years after releasing her debut album to near-unanimous praise, launching a career that has included internationally charting hits, the respect of her songwriting peers, and the adoration of a loyal swarm of fans, Suzanne Vega has circled back around to her humble folk beginnings.

She has begun releasing, on her own Amanuensis Productions label, a four-volume series of re-recorded versions of her best material. The albums are organized by themes (Love Songs was released earlier this year, and People & Places is due out October 12; future volumes–still in the process of being recorded–will be States of Being and Songs of Family) and showcase the bare-bones beauty of her lyrics and melodies, minus the ‘80s/’90s-damaged (over)production that has occasionally gotten in the way.

Sparklehorse fans will be particularly excited about the inclusion of an acoustic version of “The Man Who Played God,” co-written by the late Mark Linkous (who Vega describes as “fragile”) for his sprawling multi-collaboration project Dark Night of the Soul.

The re-releases are also a scrappy way of reclaiming the work that, for the most part, now belongs to the major label that dropped her years earlier.

While preparing for a world tour in support of Close-Up Volume 2: People & Places, the poised and thoughtful artist, who has also hosted the Peabody Award-winning radio series American Mavericks and recently wrote a play about Carson McCullers, shared some thoughts about her work.

Now that you’ve gone back to record these older songs, what are you discovering about them that maybe you didn’t notice when you were writing them?

I mean, most of them I know really well because I perform live often. I spend quite a bit of time on the road, and I’ve been performing these songs and re-interpreting them for the last 25 years, so I’m not surprised by much of it. But I’m pleased with how much of it stands up without production. That’s one thing that I’m happy about–that some of the newer songs and the older songs stand up without the production of the ‘80s or the ‘90s around it.

Do you feel like you’re reaching out to new listeners, or trying to communicate differently with older fans?

Both, yeah. I hope that it will bring in new listeners, but the people I was creating this whole thing for were really people who were long-term fans who would like to hear the songs in a stripped-down way. And some of that is because I love certain artists but I sometimes wish I could just hear the song without the production.

Someone like Richard Thompson, for example, or Leonard Cohen. There are some songs that I think to myself “Oh, I just wish I could hear a perfectly straightforward version of this or that song.” So it’s meant for long-term fans, but if it brings in new fans, I certainly will not complain! 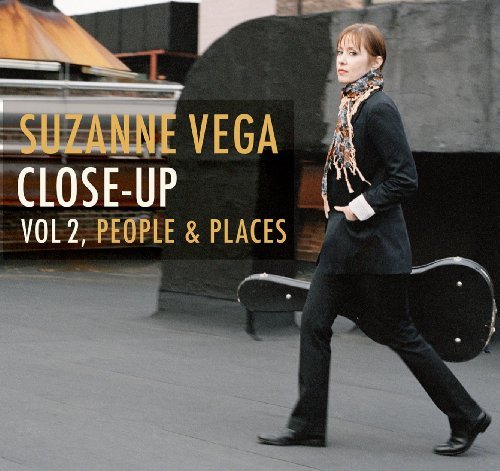 Do you think you’ll go for this stripped-down approach for your next original release?

Possibly. Some of these things depend on the songs themselves and what the songs need, so I’ll have to see how that all turns out.

On these new recordings, your vocals are so front-and-center. It seems like your voice has gotten stronger over the years and I’m wondering if you feel the same way.

I think it’s gotten stronger over the years–I’m happy you said that! (laughs) I had a really hard time in the ‘80s keeping my voice up. I was touring a lot, my health was sort of fragile and I think that over the years I have become a better singer, and my voice has become a bit fuller.

Did you take lessons?

No, I tried taking lessons and ultimately, the teachers that I had always recommended that I just go back to my usual way of singing! Because it worked for me, and [taking lessons] didn’t really help anything. (laughs) So, I’ve just learned my own body better, learned to breathe more, and have just gotten more fit as I’ve gotten older.

That’s fantastic, because a lot of people have the opposite experience–they lose their voice over the years…

Yeah, I mean, I don’t take particular care of it. I don’t feel that it was ever a fine instrument, so I don’t baby it, but I don’t abuse it either. I don’t smoke or drink too much or any of that…

Geez, what kind of a rock star are you?

So, it’s been 25 years since your debut album. Do you believe that your songwriting has evolved? Do you think that’s even possible?

Well, I have to say, in the beginning–and some of the songs are 30 years old at this point–when I was a teenager and in my early 20s, I wrote what I thought were good songs, but I wasn’t really concerned about the classic form of them.

Songs like “Cracking”–there’s no melody, there’s no bridge, there’s not much of a chorus. And to me, that was exciting, and who cared about the classical structures and forms?

Now I feel that I’m more likely to try and work with a melody–I’ll try to see if I can get something to fit a classic form because it’s beautiful. I think that to have the verse/chorus/verse/chorus/bridge/verse/chorus–if you can have a song that scans that way, it takes the audience someplace. So, I’m more likely to wrestle with the classic forms now than I was back then. Back then, I think I was sort of cavalier about it but I think there’s something to be said for knowing how to write in the classic structure.

And how about the actual writing process –has that changed?

It has changed in some ways, yeah. I’m a little more ambitious these days than I used to be. Back then, I could sit down on a Saturday night and just write something and be pretty pleased with whatever I’d come up with by Sunday morning.

These days, I tend to think more about the song. I’ll do a rough sketch first, I’ll think about it for a while, I’ll approach it several different ways in my mind before I’ll actually sit down and wrestle with it, and so it takes a bit longer than it used to.

Do you devote a certain amount of hours per day to your songwriting?

Most of the time, there’s a gentle sort of mayhem that’s going on, so I find I don’t. Usually there’s some other thing going on, like I’m on tour, or I’m doing some other project. I do a lot of things besides songwriting–I’ve written articles, for example, for the New York Times, and I’ve done some radio shows. And also just being a mom to my daughter.

So unless the time is scheduled in specifically for a release, I don’t find myself devoting time to songwriting for several hours a day.

But when I’m under the gun, when I have the deadlines, yes, that’s exactly what I do.

So it sounds like when you do it, you’re pretty disciplined about it.

Everybody has a different process and mostly what I hear is, “I just follow my muse.” But then there’s this whole other approach which is “OK, this is it. I have four hours, and I’m gonna sit down and write.” It sounds like that works better for you.

Exactly. Because if I don’t take that approach, it won’t get done.

You’ve become very accessible and transparent in recent years, with Twitter and Facebook, and I’m wondering if this intersects with your creative process at all. Do you feel closer to your fans?

It certainly makes me feel closer to my listeners, and I can feel what people are responding to when I post something new–or even if someone else posts something. Someone put up a video of “Blood Makes Noise” from this year’s South By Southwest show on YouTube, and overnight it got a lot views, so I reposted it at my website. That really impressed me, how immediately you can communicate with people.

As far as the writing process, though–not really. I always assume that people are going to like what I put out there, and sometimes that turns out not to be the case.

When I contributed the song to the Dead Man Walking soundtrack [“Woman On The Tier (I’ll See You Through)”], which I based on the book, and I posted the lyrics right away–this was back when I had a newsgroup–people were pretty critical of the lyrics. So it’s eye-opening to see what people are saying, but I’m able to maintain a certain internal standard of what I consider to be good writing. That’s ultimately what I follow. 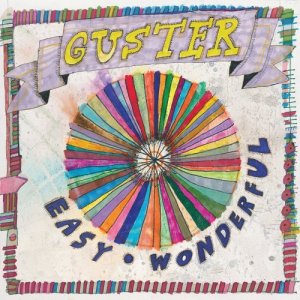