New Orleans-based pop ensemble, Sweet Crude, is as eccentric as their city in their new music video, “Porkupine.” Out everywhere tomorrow and exclusively today on American Songwriter, this video brings their new song to life with kaleidoscopic karma. “Porkupine” will appear on their album Officiel//Artificiel, set for release on April 24 via VERVE Forecast.

To begin with the obvious, yes, you are hearing them correctly. And no, unless you are a Lousiana-native, you have probably not heard this language before. The group’s lyrics are bilingual, with French and English lyrics sometimes sharing space in one song. The choice to write and sing in two languages came as members were still learning French – specifically, Louisiana French. This regional vernacular was once commonly spoken in the Southern part of the state by descendants of antebellum immigrants.

A push to “Americanize” the area’s diverse culture after World War One had led to strict English- only rules in public schools. Louisianians of a specific age recall facing ridicule and even physical punishment for being caught speaking French at school. Thus, natural usage declined. In making music together, Sweet Crude reimagines– and then makes real – a world in which those ways of speaking survived and naturally evolved.

Mouth noises, pots and pans, electronic arpeggios, a whole distorted brass section, and heavily-compressed drums concoct and industrial sonic texture on this track. “Porkupine” was recorded live, along with the rest of their upcoming album, at Esplanade Studios in New Orleans by Sonny DiPerri (Animal Collective, Portugal. The Man, Trent Reznor, My Bloody Valentine, DIIV).

“With “Porkupine,” we wanted to write a kick-ass, shout-along anthem aimed at the underdogs, weirdos, and nerds, explained band member, Sam Craft. “Sweet Crude has probably never been this aggressive. The chorus repeats the lyric “sauvez-vous,” meaning “save yourself,” and intended to pump up anyone out there feeling disenfranchised. The first verse translates to: “This song is dedicated to all the weeds growing up through the pavement.”

The video rises to the energetic occasion of the song. Filmed on a scorching weekend in The Big Easy, the video is a whirlwind of footage, pieced together with the help of New-Orleans-based Fat Happy Media. The visuals alternate between good people finding justice and bad people getting their comeuppance interrupted with vintage vignettes of the nature of karma.

“A definite highlight was our singer Alexis throwing a revenge beer in the face of our drummer Dave. It made for a great slow-mo,” shared craft of the production.

Check out the exclusive video premiere for “Porkupine” by Sweet Crude below. Look out for their new album release on April 24. 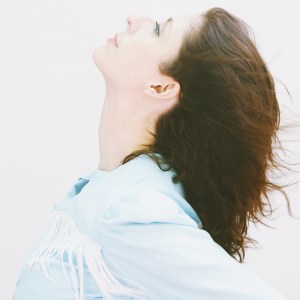 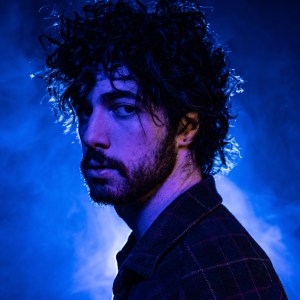