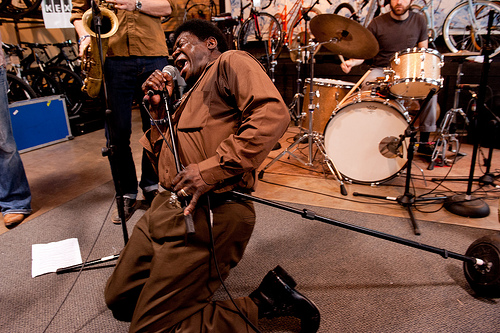 Soul singer Charles Bradley took the stage at the Moody Theater in a bright red suit, showing off dance moves that belied his age, in Daptone Records’ Thursday night soul revue at South By Southwest.

The Florida-born, Brooklyn-based Bradley will release Victim of Love, the follow-up to 2011’s acclaimed No Time For Dreaming, on April 2. Playing a mix of up-tempo James Brownian funk (Bradley was a Brown impersonator in a former musical life) and moving ballads, the so-called “Screaming Eagle of Soul” squinted his eyes, lifted his arms, and seemed on the verge of tears at times.

If Bradley (and Sharon Jones, who headlined the Daptone Super Soul Revue!) are the face of the soul revival, the man who helped usher it in and served as behind the scenes fixer on Thursday night was Gabriel Roth, who moved from vibraphone to a second drum kit and percussion throughout the night. Roth penned every song on Sharon Jones’ essential 2005 Daptone release, Naturally, and co-founded the little indie label that could with Neal Sugarman, which has come to represent the best in soul music today.

True to the “soul revue” format, a house band—a cross-section of the Dap-Kings and Menahan Street Band—worked up instrumentals in between singers’ entrances and exits. Dap-King guitarist Binky Griptite was the night’s de-facto emcee, coming out of the wings to introduce Charles Bradley to the audience.

Menahan Street Band, centered around guitarist Thomas Brenneck, released The Crossing in 2012, a cinematic instrumental record that draws from Afro-beat, funk, and even mariachi. But the star of the show was clearly Bradley. A major influence on the genre’s new stars (Brittany Howard of Alabama Shakes called Bradley’s No Time For Dreaming “the perfect record”), the rediscovered Bradley, at 65 years old, remains the most vital soul singer today. 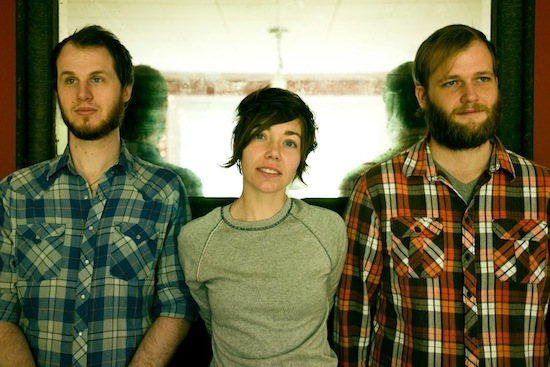 Mount Moriah’s Heather McEntire proudly claimed her Durham, North Carolina, roots on Thursday at the Merge Records showcase at The Parish. A fitting tribute, considering Merge’s deeps roots in the Triangle, the mid-state cluster of cities that has gave rise to Ryan Adams and Superchunk. The label was formed by Superchunk members Mac McCaughan and Laura Ballance and has gone on to become “the best label in the world” according to McEntire (though hard to refute), releasing groundbreaking albums by Arcade Fire, Lambchop, and She & Him. The label presented solo guitarist William Tyler and Ty Segall Band-offshoot Mikal Cronin, among others at their showcase. Mount Moriah’s minimal electric folk shook the room at The Parish, led by McEntire’s vivid depictions of the South and expressive vocal delivery. Former record store clerks, McEntire and guitarist Jenks Miller draw from post-punk but add an earthy twang to the mix. “Give me whiskey, give me wine,” McEntire sang at one point, echoing what could be a folk lyric of North Carolina. 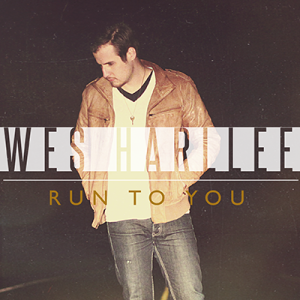