“Father of the MIDI” and famed sound engineer Dave Smith passed away on May 31. He was 72.

“It is with heavy hearts that we share the news that Dave Smith has died,” Sequential shared the news on Instagram. “We’re heartbroken, but take some small solace in knowing he was on the road doing what he loved best in the company of family, friends, and artists. Please visit our website if you’d like to share your thoughts and memories of Dave. www.sequential.com.”

Smith is known for his role in the development of the MIDI, which has completely changed and revolutionized the way music production functions today. For context, MIDI stands for Musical Instrument Digital Interface and is a fully flexible, moldable interface that connects to a computer. Essentially, the MIDI (often a keyboard) is plugged into the computer, where you can change the sound of the keyboard to any instrument in the world—some have even figured out how to control a light show using a MIDI.

The synth pioneer also founded the synthesizer company Sequential and developed the first commercial synth, the Prophet-5, in 1977. The synth was the first fully, programmable polyphonic synthesizer, meaning the birth and rise of flexibility in an instrument. This may mean little to you, but the synth created some of the most iconic and commonly used sounds in the industry. Michael Jackson used it on Thriller, Madonna on Like a Virgin, Radiohead on Kid A, but the list hardly stops there. It even hit the big screen and was used on soundtracks for The Terminator and Halloween.

In 1981, Smith aided the development of the MIDI and came up with its acronym. The MIDI allowed for instruments to communicate with a computer and other instruments, thus establishing samplers and digital synths. It brought producing music to the home and to the individual person through its readily accessible format. In the same year, Smith also released an updated version of the Prophet-5 in the form of the Prophet-10. Smith continued the development of his synths until his death.

Smith wasn’t the King of Pop but he was Zeus to the music industry in terms of what he developed. Without his creation, think about what music genres would be lost. Several artists have begun to give their condolences to those close to Smith.

“I am really sad to hear Dave Smith, synth guru and designer of the Prophet V has left our analogue world,” wrote Duran Duran in a post. 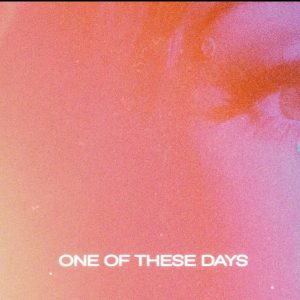