For many, music discovery comes via older siblings. An older sister will pass her younger brother a copy of The Who. Or a half-brother will show his younger sister a Heart vinyl, inspiring new worlds. But for Sydney, Australia-born and Los Angeles-based songwriter, Tal Wilkenfeld, she learned about artists like Bob Dylan and the Rolling Stones from all-time musicians – and chosen family – like Jeff Beck and Jackson Browne. Wilkenfeld, who has played bass for a number of the greats, learned early on at the direction of the masters and has since grown to become one, herself.

Wilkenfeld, who rose to prominence as a bassist playing with artists like Prince, Herbie Hancock and The Allman Brothers, released her latest solo project, Love Remains, in 2019. The record, which boasts an eerie edge and a plentiful dark, aggressive sonic attack, showcases Wilkenfeld’s talent as a songwriter and front person. And in the process of creating the record, Wilkenfeld bolstered her music background with the help of some famous tutors.

“I have so many great memories of listening to albums for the first time with super amazing musicians,” Wilkenfeld says. “I’ve been so blessed to be advised by some of the best songwriters. I mean – I’ve been able to pick Leonard Cohen’s brain!”

Wilkenfeld’s latest creative offering is a new music video for the Love Remains song, “Killing Me.” The intimate video depicts the songwriter alone in a room in isolation – a reality many can relate to today, Wilkenfeld notes. But from isolation, the artist says, we can learn much about ourselves.

“The epicenter of the video,” Wilkenfeld says, “is when I’m eating the paper out of a book. Because I’m not just hungry for written knowledge, it’s self-knowledge, too, as it comes from self-reflection and time alone. Even though this is a very scary time and we’re losing loved ones and we’re losing our jobs, I know I can try to make the most out of it. We can all try to look inward and become better.”

Wilkenfeld, who first picked up a guitar at 14-years-old, immediately began to write songs. At 16-years old, the artist moved from Sydney to Los Angeles to study music in school on a scholarship. At the same time, she began to navigate the L.A. music scene. She formed relationships with other musicians, some of whom were very established. Wilkenfeld grew her reputation by playing three or four gigs a day, hopping from club to club, show to show.

“I was following what I wanted to do,” she says. “I wasn’t over-thinking it. I feel like, for me, with age comes more thinking. At the time, though, when I was young, I was just striving to play music. I’m glad I did it back then when I wasn’t thinking as much.”

While one might think Wilkenfeld would be timid or fearful of crossing oceans and time zones to live in a new country to study music, in fact, the opposite was true. Her biggest fear at the time, she says, was not going through with it. She had grown up sheltered from pop culture, she says, and the lineages of rock musicians that many others take for granted. Many in her hometown were more focused on academia, not creativity. So, she left in search for more and she found the center of the American music business in L.A. and then New York.

Wilkenfeld quickly became known as a talented bassist – a prodigy, some would say. She released an instrumental album, still unready to add lyrics to her music. She earned praised from peers and publications. Later, Wilkenfeld began playing with rock musician, Jeff Beck. And one night, she found herself playing in his band at the gamed Madison Square Garden. Afterwards, backstage, a man approached her and complemented her playing. Oh, thank you, she said, what’s your name? Mick Jagger, he told her.

On one hand, the title of Love Remains points to the sordid aftermath of love, that which is left behind when love fails. On the other hand, however, the title also points to the reality that, no matter what befalls us, love persists. Love will always exist. Written in self-isolation after a breakup, Wilkenfeld says she found solace in the dualism of the record’s title. And the truth behind it served her well during the transition from backup bassist to front person-songwriter.

“It’s funny because the record seemed like a big surprise to my fans who followed me through playing with Jeff Beck or Herbie Hancock,” Wilkenfeld says. “But to me, it was inevitable.”

Both the record – and it’s standout single, “Killing Me” – showcase Wilkenfeld’s uncanny musical prowess and her sharp curiosity. Both investigate themes that aren’t easy and both do so with pride and rigor. Often, musicians believe the path to success is to surround yourself with other people. And while that can certainly help –  as it did for Wilkenfeld early on – at the end of the day, the trick is to become comfortable with yourself. With your own perspective.

“I’m very used to isolating for long periods of time,” Wilkenfeld says. “So, I wanted the new video to portray that introspective experience, that lifestyle of being in a single room with a bed and not much else – it’s just you and your shadow.” 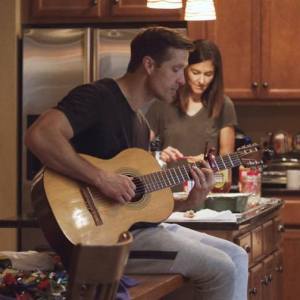 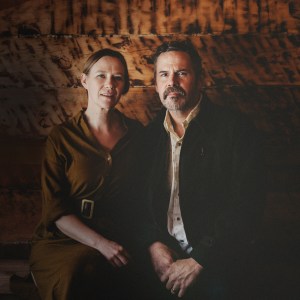