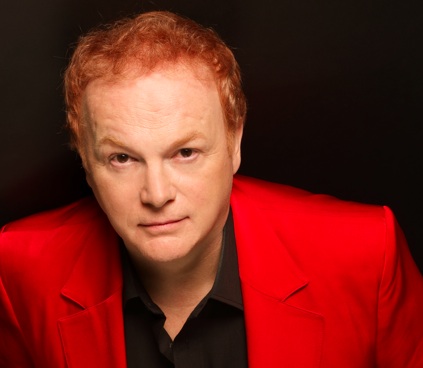 Mike Batt, a founding member of Britian’s beloved Wombles, is releasing The Hunting Of The Snark, a collection of songs based on Lewis Carroll’s poetry, this month. We asked the distinguished songwriter/producer about creating hits (he’s written top ten singles for Cliff Richard and David Essex), his work on Watership Down, and performing for the Queen.

Tell us about your experience at this year’s Glastonbury Festival.

My band The Wombles – risen from hibernation after 35 years, played our first ever live set. The Wombles were the biggest selling singles act in the UK in 1975 but hardly touched down in the States. We did a few Captain Kangaroo appearances and had a single at number 50. We dressed up as these Eco-warrior rodents and sang jolly songs. So Glastonbury was a bit of a “second coming,” and thousands of people turned out to watch, we weren’t on the main stage but pulled a bigger audience than the main stage, so that was a buzz. It was 83 degrees in the sunshine, then add the costume and you can imagine that we, the “Fab Fur” got rather exhausted playing totally live for sixty minutes, — but it was a huge thrill, and my wife was pleased that I didn’t die. (Or at least she said she was). See YouTube, “Remember You’re A Womble Glastonbury 2011.”

Give us an overview of The Hunting Of The Snark album.

I made this album in the early ’80s, – purely on a whim, and having fallen in love with Lewis Carroll’s nonsense poem. I wrote all new lyrics, and utilized his poem as narration between the songs. It’s a mad story of ten characters who all go off looking for the SNARK, whatever it is, – and it is whatever you want it to be. Some might see it as money, some as religion, some as love, some as just a beast of flesh and blood. That’s what the album and subsequent stage show explore – the different points of view many people can take about the same thing. I made the album using the London Symphony Orchestra, and a great cast of stars, from Art Garfunkel to Roger Daltrey, Deniece Williams and even a cameo from George Harrison. It was a fantastic experience.

Why put it out now?

It’s never been out in the States –- and in fact never had a full release in the UK either, way back, because of a dispute with the record company. I’ve now reacquired it and am issuing it on my own label, Dramatico. I think it is among my best work as a writer, arranger and orchestrator -– and it would be a pity for it never to have seen the light of day.

Any favorite memories or interesting stories from the theatrical performance?

We played some fun concerts of it in Australia, and also in the UK. Costumed concerts with the whole orchestra dressed up in nautical outfits, and the cast working in front of them, oratorio style. Then it progressed to the West End, like a full “Broadway” production. We had a fifty-piece orchestra live on stage every night — so consequently we couldn’t afford to keep it on for long (seven weeks), but it was a hugely rewarding experience. We did things like plant dancers in the orchestra and so suddenly the cello section would start doing backflips — we even had someone “fish” a viola player out of the orchestra from a bridge, above, using a fishing rod (and a flying harness!). It was totally insane.

Tell us how you went about putting the album together from a songwriting perspective.

I literally scored it straight onto full orchestral manuscript, starting with an empty page and working from front to end. It was before the days of Finale and Sibelius, so the good old 2B pencil and eraser were my tools. I had three months in which to write it, having given myself that deadline in order to perform it at an LSO concert I had been invited to conduct. I allowed myself a lot of freedom, but didn’t steal any lyrics from Lewis Carroll. I do, as I said earlier, quote him verbatim, as verse between the songs. I wanted to write something that was intriguing, original and commercial. I think the fact that I was brought up on The Beatles has something to do with both my choice of subject matter and the whimsical quality of the songs.

Among all the projects you’ve worked on, what are some of your personal favorites? Which ones do people say moved them the most?

Snark is right up there as one of my favorites. I also enjoyed working -– a little before Snark — with Art Garfunkel, for whom I wrote “Bright Eyes” for Watership Down, but disappointed that it wasn’t much of a hit in the States -– having been number one in six other countries including the UK.

It’s always great when people say they are actually moved by a song. “Bright Eyes” — being about death, rather weirdly, (or wondering what happens after you die) — is the one which triggered the most emotional letters, often from people who had lost loved ones, telling me I had helped them over their grief. It brings home to me the responsibility you carry as a songwriter –- and the effect you can have on people. “The Closest Thing To Crazy” which I wrote and produced for Katie Melua is another one that gets people in the heart, shall we say.

You’ve written some top ten hits. Is there anything you have to different when composing a hit song, as opposed to a regular one?

I don’t remember ever sitting down deliberately to write a “regular” song. I guess there are songs you write just to express a feeling, but there’s always the hope that it will turn out a bit “special.” If I don’t think a song is special in some way, I don’t issue it to my publisher or anything; it just goes into the bin, and ceases to exist. So each song has its own value, and in my opinion, has been “passed” by me as having a right to exist! Of course there are techniques and forms for increasing the likelihood of a song being a hit. Having a powerful chorus, perhaps, or a neat title; I don’t reject those techniques, in fact they are in my blood. I often think title/hook first, like many other writers. To me, it’s the words that really single out a great song from a good one. I also think that generally, women listen to lyrics more than men do.

You’ve played for the Queen. How was that? Is she a fan? Does she have good taste in music?

I guess the smart answer is to say that if she likes my music she must have good taste! I know she likes “The Closest Thing To Crazy” because she was kind enough to tell me that she had heard it a lot on the radio and loved the way Katie Melua sang it. She also has a dog called “Womble.” But I don’t think the Queen is a fan in that sense – she has too many interests and access to so many great artists that her interests must be very wide. She is a very sweet lady, though, and I have the greatest admiration for her. It’s always a huge pleasure to be invited to Buckingham Palace for various reasons such as dinners and sometimes to help by producing concerts and being a bit of a musical odd-job man!