When Tanya Donelly was approached with the possibility of doing a covers’ album, she demurred. The former Throwing Muses and Belly frontwoman decided that she didn’t want to just simply turn up in the studio and do quasi-karaoke versions of some classic tracks.

“I was saying that I didn’t want it to be a Frankenstein of different songs just kind of smushed together,” she says. “I was saying I’d do it if there was some way it could have some cohesion and something pulling it together other than the fact that it would just be my voice.”

That’s why she enlisted the Parkington Sisters, whose multi-instrumental abilities and vocal harmonies helped Donelly bring a definitive vibe to the collection, which arrives this week and is simply titled Tanya Donelly And The Parkington Sisters. “I’ve been a fan of the Parkington Sisters for many years, Donelly explains. “I heard them in my head, because I was thinking about how to make that cohesion come to life. It was just one of those light-bulb-over-the-head, cartoon moments: I know how I can do this and be happy, and also make sure that there’s not only a continuity of sound, but also that the arrangements have the Parkington stamp on them. It really does sound like a Parkingtons’ album, which is what I wanted.”

The album, which features The Parkington Sisters (Rose, Sarah and Ariel) as well as instrumentalists Lydia Parkington, Matthias Bossi and Jon Evans, turned out to resonate for Donelly beyond the music featured on it. “We were so happy with it,” Donelly says. “And I feel like we served the songs to the best of our ability. I feel like a big piece of it for us too is what a lovely experience the recording of it was. We were in Jon’s studio, which was probably the only sunny studio I’ve ever been in. One wall was a giant window, which is unheard of. Usually, you’re in the dark.”

“It was just beautiful and his animals were walking around. There are so many vocals where I’m singing with a dog or a cat in the room. One of the sisters had just had a baby and he was there the whole time. My kids were there. It was just so homey. It was very familial and fun.”

When American Songwriter spoke to Donelly recently about the album, and she was kind enough to take us through it track by track:

“Automatic”
The album kicks with a deep cut off the Go-Go’s debut album, with Donelly and company evoking the original’s ominous mood with their version: “That one actually gelled very quickly. As soon as they started playing the pizzicato intro, from there it just sort of took off. When Rose plays that creepy, evil part, that finished it for me. I just feel like that song is the truest to the original in terms of vibe. I’d be hard-pressed to pick a favorite Go-Go’s song because I love them deeply. But that one does stick out because it is such an odd little moment on that album.”

“Dance Me To The End Of Love”
Donelly had some personal reasons for including this stately track from Leonard Cohen: “This is my song with my husband. It’s our song. That’s 90 percent of the reason why. Various Positions might be my most listened-to album of all time, and I’m including my childhood because my Dad was a fan. I just feel like it’s always been with me, every single one of those songs. But that one in particular, I feel like it is one of the most perfect love songs. And I feel like it comes from a perspective of launching a relationship, instead of in hindsight. It feels like a song that you would sing to someone you’d been with for 30 years and not someone you were planning to be with. It’s like ‘Here’s this blueprint.’”

“Days”
Whether you know if from the Kinks original or the 80s remake by Kirsty MacColl, chances are you get a little emotional listening to Ray Davies’ touching lyrics. Donelly had a similar experience performing them: “I love the Kinks’ version, but it was Kirsty’s that I heard first. Her voice is one of my favorite instruments. It’s sort of a classic pop song, but there’s just such gravitas to it when you’re actually singing it and thinking about it. There were many times during the recording of this that I got teary singing, which is not a common occurrence.”

“Ocean Rain”
Donelly steps into the vocal parts created by Ian McCulloch of Echo & the Bunnymen for this song, which might seem like an odd match: “There’s no way I could come close to singing like him. That one and ‘Devil You Know’ are the two that I was most nervous about singing, because those two men have such an insane range. But I just loved the song so much. It’s going to sound hippy-dippy, but that song feels like a ship to me. It’s not just the creaky rhythm to it. It captures something extremely physical. It feels like the wood is almost touchable in that song. It’s such an evocative, gorgeous lyric.

“Let Me Roll It”
To take on this classic by Paul McCartney and Wings from Band On The Run, Donelly felt she needed to expand the boundaries she had set for the project beforehand: “I believe that this is the first one that we sort of said actually needs electric guitar. We had Jon Evans play some that day. He’s an incredible musician. We engineered it and did it in his studio. He can just sit down once and play something perfect and it’s tasteful and it’s cool. We did feel like this was the one where we said let’s open up how we feel this project is going to go and allow some electric guitar on after all.

“Kid”
When people found out she was doing a covers album, Donelly received many requests for song choices. This was the only one she heeded: “It came from my friend Laura. She’s a very close friend of mine and we were having dinner one night and I was telling her about the project. She said, “Can you consider doing that one?’ And it was actually on the heels of a conversation that we’d been having about children. I thought, ‘Yeah, that’s fitting.’ That one I actually started to full-on cry while singing it. I had to press the restart a couple of times.”

“Different Drum”
Of all the iconic vocalists Donelly covers in this collection, Linda Ronstadt, who sung this when she was still a member of the Stone Poneys, might loom largest of all: “That’s another thing where I’m just like, ‘Man, have I got some balls covering that!’ I feel like having the sisters on there took it to a different place. They have that sister thing where they can just come out of the gate harmonizing. There’s that thrum that happens when siblings are singing together. It’s interesting because a few of the songs we sang at the same time in the same room, and I just felt surrounded by them. It’s like one of these things is not like the other in terms of the way it sounds. But having me on top worked.

“Devil You Know”
Donelly picked this one off a Split Enz album and had to free it from its 80s-era arrangement, which caused some issues: “I feel like Neil Finn is one of the greatest living songwriters and singers. I was very intimidated by the vocal performance and I was really, obsessively focused on that. This one was a tricky one. When you listen to the Split Enz version, it seems fairly simple, but it’s really not. I feel like this is the one that we just coming back to the most: ‘It’s not quite there, what does it need?’ Most of them we wrapped up with the vision that we had of it. But this one was our problem child. We just had to keep revisiting and revisiting that one. But there was never a point where we were going to let it go, because I love that song so much.”

“You Will Be Loved Again”
To close out the album, Donelly went with this beauty from Mary Margaret O’Hara. O’Hara’s original was almost harrowing in its aloneness. This take, thanks the comforting harmonies of Donelly and the Parkingtons, sends the album out on a prayerful vibe: “That’s one take of us just standing around singing it together. I wanted it to be all of us and I wanted the message to be ‘We’re coming to your house and we’re going to take care of you. Don’t worry. We’re on our way.’ That was the vibe that I wanted it to be: a group of women supporting and sending a message of love. 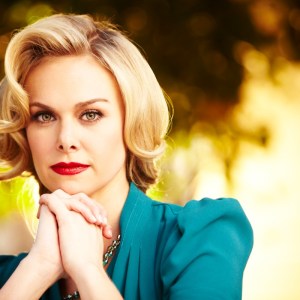 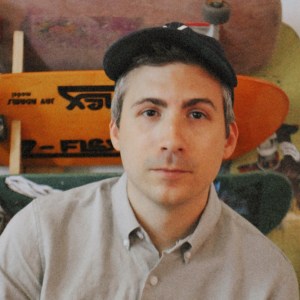