On their debut album, Mercury Transit (out on March 6 on Hand Drawn Records), Dallas, TX-based Taylor Young Band follows in the footsteps of melodic jangle pop rockers from the ‘60s through the ‘80s (think The Byrds, Big Star, and The Plimsouls), but gives it their own distinctive modern twist, making it at once familiar yet innovative.

There’s a reason for this era-spanning musical proficiency: Taylor Young himself has worked as a session and touring drummer for Polyphonic Spree and Young Heart Attack, and also led the band The O’s as a singer/guitarist. Toby Pipes (Deep Blue Something singer/guitarist) joins this project as a bassist and producer, along with Kenny Wayne (who’s worked with Leon Bridges) on guitar, and Josh Hoover (of Calhoun) on drums.

While the songs on Mercury Transit have a carefree quality that makes them seem like they must have been relatively effortless to write, Young explains that this was not exactly the case: “Working the songs out at home in Dallas, Texas was a long process, a lot of organizing, and then a lot more listening once I brought them to College Station [where they were recorded],” he says.

Young says the reason for this drawn out process comes down to being careful about the subject matter he chooses. “It’s weird and uncomfortable writing songs about yourself,” he admits. “And sometimes I write songs about other people, too. If the world is driving me crazy and nothing makes sense, I make up stories. That’s pretty much this first record.  Half of it is therapy, and the other half is life and good times.”

The recording process itself was an easier aspect to manage, though. “I started driving out to College Station, Texas, to my friend Toby Pipes’ house in 2018. He’s also bandmate and producer on this record. We started with recording the acoustic guitar track, then I played drums to my acoustic track, and then I played electric guitar to my drums. Toby added bass and keys, and that’s pretty much the bones of the record.”

Audiences in Texas can catch the band’s live shows throughout March, including an appearance at SXSW, and again in May and July (dates listed below).

Even as Mercury Transit is being released, Young is already thinking ahead to future recording with this band. “We left a lot of songs behind, but they’re forever present. Might go back to them, but probably not. Too many new songs ready for album number two.” 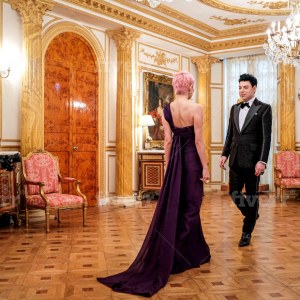 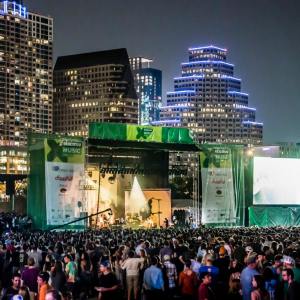