In the 33 years since Austin’s massive South By Southwest conference and festival was born, it has experienced only three major safety-related upheavals: the deaths of four festivalgoers and injury of 23 others by an intoxicated driver who plowed through a crowded street in 2014; an at-large Austin-area serial bomber who had killed two people, including one during the event, in 2018; and five unrelated shootings that left one person dead on the final weekend of 2019’s gathering. But none of those events did what the microscopic COVID-19 virus has: stop the whole show from going on.

Still, after Friday’s announcement that the 10-day music, film and interactive extravaganza was being cancelled due to growing concerns about the rapidly spreading Coronavirus, the mood among many participants was a mix of disappointment and relief.

While SXSW normally draws several hundred thousand people and last year poured $356 million to the region’s economy, so many major sponsors, featured speakers and top talents had dropped out of the March 13-22 gathering, those still planning to attend would have experienced a weak facsimile of one of the biggest events of its kind in the world.

Grammy-winning music producer and author Tamara Saviano was eagerly anticipating the March 13 world premiere of her first documentary, Without Getting Killed or Caught, about the relationship among legendary songwriters Guy Clark, Susanna Clark and Townes Van Zandt. But after her executive producers and artists appearing in the film all canceled plans to attend, she mentioned on Facebook that she’d rather not have to do the screening. Upon learning that she wouldn’t be, she said, “Am I disappointed SX has been cancelled? Sure. I’m disappointed that things are not turning out as we had planned. But I am also relieved that I don’t have to show my film to a half-empty theater, or jump through more hoops and spend more money to promote the film when there are zero buyers and film distributors in the audience because they’ve all cancelled. And I don’t have to worry about catching COVID-19.”

Charlie Faye, leader of popular showcasing act Charlie Faye & the Fayettes, agreed. Before the cancellation, she expressed frustration over the dilemma of honoring commitments and maintaining a valued relationship with SXSW versus preserving her health, particularly as a new mother. After the announcement, she wrote in an email, “Obviously, we’ve put work into preparing for our shows, and now that’s all for naught. So that sucks. But honestly, I feel a sense of relief. The Coronavirus has been giving us all anxiety, and participating in an event that could potentially spread it like wildfire was not going to be fun or stress-free. I think the city did the right thing erring on the side of caution.”

Abby Kurin, director of the Tulsa Office of Film, Music, Arts & Culture, was more sad than relieved; this year, her office had planned to ramp up its presence significantly, adding a major trade show installation in addition to its sixth annual day show and fourth showcase. With 75 artists, sponsors, volunteers and booth ambassadors in tow, Kurin was looking forward to touting Tulsa’s vibrant music scene.

“We had a lot to share and that really is a missed opportunity,” she said. “[But] for the last two weeks, our bands really have been getting a ton of press. So if that is the win, then I feel very good about that.”

Despite increasing public pressure to cancel, including an online petition that eventually gathered 55,000 signatures, Austin Interim Health Authority Dr. Mark Escott said Thursday in a press release, “Right now there is no evidence that closing South by Southwest or other activities is going to make this community safer.” That changed on Friday, when the Coronavirus’s continued spread and rising death toll prompted Austin Mayor Steve Adler to declare a local state of disaster, issuing an order that shut down SXSW days before participants from all over the world would have converged on Texas’s capital city. Travis County also made the same declaration, decreeing no gatherings larger than 2,500 people may take place without approved “mitigation plans” for infectious diseases.


In 2019, over 280,000 participants attended officially sanctioned events, including over 2,000 showcasing artists, according to SXSW, which estimated total attendance at 417,400.

SXSW lures entertainment and tech professionals from around the world, ranging from young performers, filmmakers, app developers and social-media influencers to major stars, world leaders and Fortune 100 CEOs, all of whom flock to Austin to network, debut new work, scout new talent, make deals and party. This year’s marquee names included former Secretary of State Hillary Clinton, singer-songwriter/producer/actor Janelle Monae, filmmaker Spike Jonze, comedian/TV host Stephen Colbert and, before he became one of the first to back out, Twitter co-founder/CEO Jack Dorsey.

But the festival also has a no-refund badge policy, including for acts of God, and platinum badges, which provide entry to all events, cost over $1,000.

The cancellation also has a major impact on service-industry workers and local businesses who make a substantial amount of their annual income from the festival. That’s why a coalition of venue owners and promoters from Austin’s Red River Cultural District and beyond have started a GoFundMe page to raise dollars for “artists, workers, and partners who have incurred unrecoupable expenses in connection with confirmed events and performances … [or] who have lost income that they counted on to pay bills, rent, etc.” They also hope create a substitute festival comprising “10 glorious days of music, art, culture and technology.”

“Our goal is to keep as many artists as possible coming to Austin,” the group, calling itself Banding Together, says on the page. SXSW also has expressed interest in creating an alternative form of its event, including possible online offerings.

“We will continue to work hard to bring you the unique events you love,” SXSW wrote in its post. “Though it’s true that our March 2020 event will no longer take place in the way that we intended, we continue to strive toward our purpose — helping creative people achieve their goals.”

Texas Music Office director Brendon Anthony expressed sympathy for all those who face lost income, as well as those who put so much effort and energy into planning the conference and festival.

“I feel for the people who are traveling in and are gonna miss out on those connections that SXSW provides all of us,” he said. “I will personally miss the face-to-face time with so many friends, professional colleagues and new connections. You just cannot measure the cost of not continuing those relationships through a conference like SXSW.”

“This is a tough hand we’ve been dealt,” he added. “And now it’s gonna be all about resilience and understanding, and I think that’s what will get us through. And if there’s any additional support or things we can do to help make this next year, 2021, the best version of itself, then we’re all for it.” 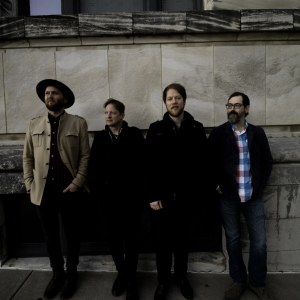 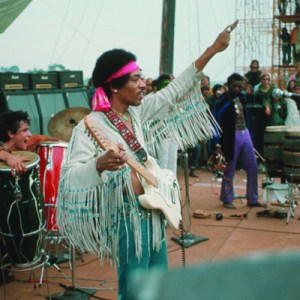