Teenage Fanclub’s “The Sun Won’t Shine on Me” wades through some melancholy state. Reflecting life’s uncertainties with some hope for brighter days, the song wraps around folkier melodies with singer Norman Blake crooning With a troubled mind I am in decline… And the sun won’t shine on me.

Written by singer Norman Blake “The Sun Won’t Shine on Me,” off the band’s upcoming 10th album Endless Arcade (Merge Records), out April 3, is the fourth Endless Arcade track the Scottish rockers have shared since 2019, following previous singles “I’m More Inclined,” “Home,” and “Everything is Falling Apart” and follows up the album Here, released in 2016.”

The band’s first album in five years—and first since the departure of bassist and co-founding member Gerard Love in 2018—Endless Arcade reflects Teenage Fanclub’s current sonic state, see-sawing between bittersweet and uplifting sentiments around connectedness, anxiety, and hopefulness with the title track clearly relaying its message: Don’t be afraid of this endless arcade that is life.

“I think of an endless arcade as a city that you can wander through, with a sense of mystery, an imaginary one that goes on forever,” says guitarist Raymond McGinley and one of the band’s principle songwriters. “When it came to choosing an album title, it seemed to have something for this collection of songs.

Blake adds, “We’re all getting older, and you can’t help but think about mortality, especially when you’re being creative and reflecting on your life.” 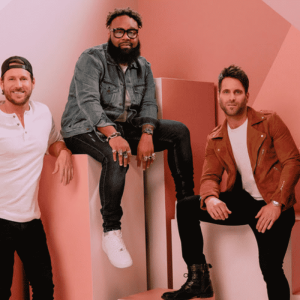 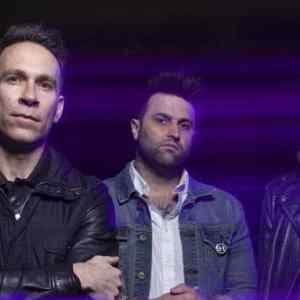