Platinum-selling country music quartet, Parmalee reaches No.1 on the Billboard and Mediabase Country radio charts in the U.S. and Canada with their new single, “Just the Way.” The dynamic collaboration with BBR Music Group’s Blanco Brown marks their first time back at the top since their 2013 hit, “Carolina.”

Written by Matt Thomas, Nolan Sipe, and Kevin Bard and produced by David Fanning, “Just The Way” serves its spanning audience a slice of goodness amidst a heavy year. The genre-bending tune pre-dates Brown’s life-threatening motorcycle accident in August. Parmalee grew close with Brown during the recording process and served as a support pillar during the recovery. Seven months later, this victory feels extra sweet for both parties who’ve surmounted so much.

“They say it’s lonely at the top but I’ve got my friends by my side today and it feels amazing,” say Brown. “What an incredible blessing to have been a part of this. Great music speaks for itself, but I think people really embraced this song because it has such a timeless message. People, especially women, should be told and shown that they are appreciated every day and this song is a great reminder and just makes you feel good.”

Brown, who delicately blends country and hip-hop music—a soundscape he refers to as “TrailerTrap”—pushed Parmalee’s traditional-leaning boundaries. Blurring these genre lines with an upbeat message, brothers Matt Thomas and Scott Thomas, along with their cousin Barry Knox and lifelong friend Josh McSwain deliver the track they’ve been chasing for several years.

“What makes this special is having a positive message during this time,” says Matt. “I think it’s what helps people connect with the song. Nursery rhyme-Esque melody sounds familiar right out of the gate. Then put that tempo behind the message; those are the songs that you try to write all the time.”

This song serves as a turning point for Parmalee. Their return to the summit is a historic move—a rare phenomenon after several years without a hit. With this opportunity for re-birth, the band has plans to deliver more, in a similar vein to their current single.

Parmalee is not trying to “reinvent the wheel.” Instead, the band is still finding the direction of their sound. Looking back at their discography, Parmalee connects the dots of what has worked for them in the past. Between breakups, drinking anthems, and tributes to the place they call home, authenticity serves as a steadfast component of their songs.

“Lyrically, I hear a lot of truth in all genres,” Matt explains of current music trends across genres. “If you can tap into your truth, then it’s easy. That’s the best part of country music you couldn’t get away with in rock or pop.”

A heart-warming music video reflects the song’s empowering sentiment—a fitting No.1 for Women’s History Month. The visual inspired fans to create their own videos to the tune on social media platforms like TikTok, creating an early streaming success story before being sent to radio. To strip it back, the artists also released an acoustic version of the song, creating a more tender, melodic guitar-driven tune.

Listen to Parmalee and Blanco Brown’s No.1 single, “Just The Way,” below. 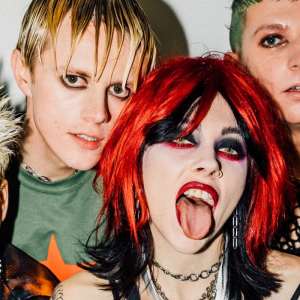 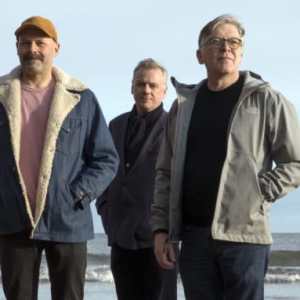