I’ve been thinking a lot lately about where our courage comes from. I like to think that a big part of it comes from the younger versions of ourselves, who sang along in the backseat to whatever was coming through the speakers in our parents’ dusty pick-up stereos. I knew every Shania Twain song by heart. And U2’s Joshua Tree. And Dolly’s “Coat of Many Colors.” I’d sing along, looking out the window at the blur of passing evergreens, watching a movie in my mind that all the stories in the songs would create, oblivious to the way music was molding and shaping the foundation of my identity.

I wasn’t afraid of anything. I had a relentless imagination that didn’t care how hard it might be to get to those stages I was dreaming about or what anybody thought of how far and nearly impossible my crazy dream might be. I just believed I’d get there. That unwavering belief in anybody is what courage looks like to me. That courage is the reason I started pairing words from my journal with the few chords I’d learned on a guitar my grandparents gave me for my fourteenth birthday. It’s the reason I drove 45 hours from Grande Prairie, Alberta to Nashville, Tennessee a few years later, writing songs in the community I’d dreamed of and sending them to anybody who would listen, undeterred by closed doors or “not yets.” That courage eventually brought me into writing sessions with my heroes, and I’m still so thankful to be a sponge and learn from every person I get to create with.

That same courage can slip away, gradually or all at once, and most often without us noticing. We all grow up at some point. We all keep songs inside of us, solely because of the unkind voices in our heads telling us they aren’t good enough, keeping us from writing them down. I know those voices well, and I’m learning how to find that courage again when I lose it. Remembering that I am a part of a collective of creatives who lose and find it the same way that I do helps me to keep writing. Turning the pages of this magazine has inspired me on my path before, so if you’re in a season of searching too, you’re not alone and you’ve come to a good place.

Songwriters are the river that carries forward the sound of our history as human beings, their storytelling and perspectives weave together like a tapestry of our existence, allowing them to become vessels of human emotion and experience. It always amazes me, thinking about a song’s ability to accompany us into the darkest rooms in the houses of our hearts, into the rooms we are terrified to open the doors to. But when we hear the vulnerable truth in the lyrics of Miranda Lambert’s “Tin Man,” or the piano in the opening of John Hiatt’s “Have a Little Faith in Me,” the lights in those rooms turn on, and suddenly we are comforted by the sound of being understood.

Be sure to check out Tenille’s new single “Girl Who Didn’t Care,” out now. 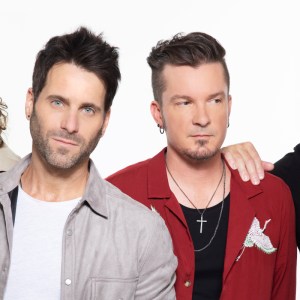 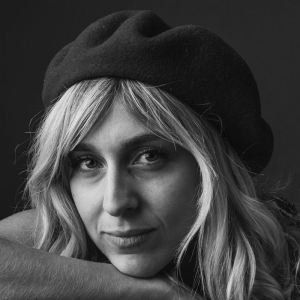