Texas songwriter and conceptual artist Terry Allen, whose work explores some of the weirder and more psychedelic realms of the American Southwest, will release a new album called Pedal Steal + Four Corners on March 22.

The album, which spans more than two and a half hours, is a collection of Allen’s radio plays and long-form narrative works, featuring guest appearances by Jo Harvey Allen, Lloyd Maines, Butch Hancock, and Rolling Stones saxophonist Bobby Keys.

Pedal Steal + Four Corners is being issued in a deluxe gatefold edition that includes one LP, three CDs, a DL code, and a 28-page color booklet that features an essay about the work. There are also photos of Allen’s visual art, as well as full scripts and credits for all five pieces.

Below, you can hear “Pedal Steal, Chapter 1” from the album. This piece, which was composed in 1985 as a soundtrack to a dance performance, is appearing on vinyl and CD for the first time. 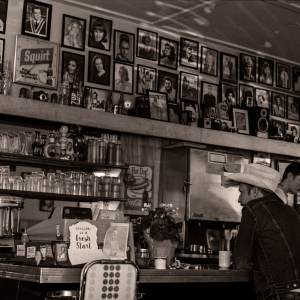 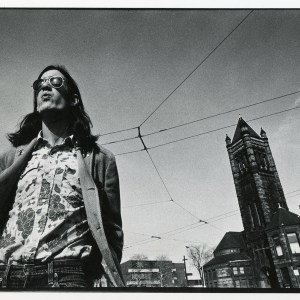