The iconic and iconoclastic Texan songwriter and visual artist Terry Allen announces his heartbreaking, hilarious new album Just Like Moby Dick — a spiritual successor to his 1979 masterstroke Lubbock (on everything) — out January 24 on Paradise of Bachelors.

His first set of new songs since 2013’s Bottom of the World, the album features the full Panhandle Mystery Band, including co-producer Charlie Sexton (Dylan, Bowie) and stunning vocal turns from Shannon McNally, as well as co-writes with Joe Ely and Dave Alvin.

In fact, Just Like Moby Dick is the most collaborative album in Allen’s catalog, and features the adventurous, formidable current iteration of the full Panhandle Mystery Band. Terry shares keyboard duties with his son Bukka Allen, who also plays accordion and piano. Pedal steel master and de facto Panhandle bandleader Lloyd Maines contributes slide guitar and dobro, while Richard Bowden brings his characteristically kinetic and lyrical fiddle; both musicians have appeared on every Allen album since Lubbock (on everything). The brilliant Charlie Sexton, plays guitar, sings and co-produced the record with Terry at Austin’s Arlyn Studios. Drummer Davis McLarty, a Mystery Band mainstay since Human Remains (1996) is joined by more recent rhythm section additions Glenn Fukunaga (bass) and Brian Standefer (cello). Terry’s other son Bale Allen sits in on djembe on “Abandonitis.”

While the connection to Melville’s literary masterpiece are hard to pin down, Just Like Moby Dick shares its namesake’s epic scope and its commentary on the specter of memory and the folly of human existence. Just Like Moby Dick casts its net wide for wild stories, depicting, among other monstrous things, Houdini in existential crisis, the death of the last stripper in town, bloodthirsty pirates (in a pseudo-sequel to Brechtand Weill’s “Pirate Jenny”), the wars in Iraq and Afghanistan (in the “American Childhood” suite), a vampire-infested circus, mudslides and burning mobile homes, and all manner of tragicomic disasters, abandonments, betrayals, bad memories, failures, and fare-thee-wells. It’s a collection befitting Terry Allen’s indelible and influential songwriting legacy, and further evidence that he is, as The New York Times has noted, “pretty close to a master lyricist.”

Terry Allen & the Panhandle Mystery Band will play a special show celebrating the coming release of Just Like Moby Dick at Austin’s Paramount Theater on January 18, 2020, with many special guests to be announced soon. Tickets are available here: https://tickets.austintheatre.org/5559/5560.
Just Like Moby Dick is just one of a number of new artistic pursuits from Terry Allen. He just

announced an upcoming exhibition of his artwork entitled Some Pictures and Other Songs at Nina Johnson in Miami, running December 2–February 29; more information here: https://www.ninajohnson.com/exhibitions/terry-allen-some-pictures-and-other-songs. This follows his acclaimed retrospective exhibition The Exact Moment It Happens in the West, which ran earlier this year at L.A. Louver: http://www.lalouver.com/theexactmoment/.

Additionally, Terry is the subject of a new documentary film entitled Everything For All Reasons, an introduction to Allen’s music, art, and worldview that features the Panhandle Mystery Band in concert and friends ranging from David Byrne to Kiki Smith. 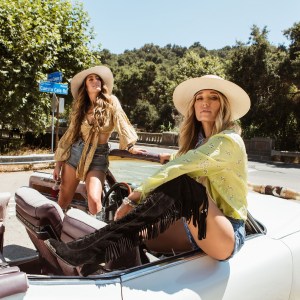 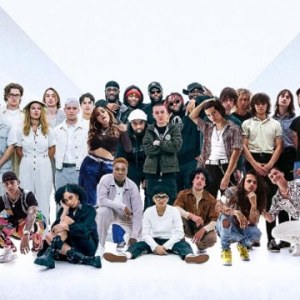