Most songwriters wouldn’t even conceive of songs on topics like Harry Houdini’s battle with spiritualists, a stripper’s demise, or a vampire carnival, let alone be able to pull them off. But for Texas legend Terry Allen, it’s all par for the course on his latest album.

After all, Allen has been doing this kind of thing for more than four decades, starting with the acclaimed one-two punch of 1975’s Juarez and 1979’s Lubbock (On Everything). Those albums introduced a unique songwriting voice, one which took traditional country music forms and subverted them with off-kilter subject matter.

As Allen told American Songwriter in a recent interview to talk about new album Just Like Moby Dick and his phenomenal career as a whole, he never questions where a song is headed. “I think you trust yourself on that level,” Allen says. “You have to write a song that you’re interested in, and things that move you or excite you. If you try to write a song for other people, you’re really catering to the lowest common denominator. You’re writing to a generality.”

“A song could be about anything. There are no rules about what the subject can be, and nothing is off limits as far as I’m concerned. Once you get the idea for a song, you try to make that song as true to itself as you possibly can.”

It’s a credo that Allen has followed ever since those early albums. His musical path has been loaded with professional detours, as he is just as likely to put together a theatre piece or art exhibit as he is to do a traditional LP. But this one just happened to come together that way. “I’ve always felt like, when you put a record together, you’re really making one thing,” Allen says. “That’s what I wanted this to be. All of these songs, there is a through line, vague or hidden as it may be. And I think that’s important for whatever you do.”

Even though Allen’s career might seem peripatetic, he has found a sturdy corps of musicians to be a part of his Panhandle Mystery Band, some of whom have worked with him ever since those earliest records. What set Just Like Moby Dick apart is how much of a collaborative effort it turned out to be, born of brainstorming sessions in Marfa, Texas with band and family members.

Having that familiarity with his cohorts provides Allen a kind of comfort level that spurs his songwriting. “Everybody trusts each other,” he says. “Everybody is kind of chomping at the bit to get there and work and do things. There is an ease. The hard thing about collaborating is exposing yourself to being a dumbass. I think you have to be around people you feel comfortable with saying a lot of stupid things for the song before you finally get something that you feel good about.

“You just have to unload and dump your inhibitions and then focus on what the song is about. And once you find out what that focus is, I think everybody goes to that and works to that. But it’s always about the song.”

Just Like Moby Dick features contributions and co-writes from fellow legends like Joe Ely and Dave Alvin, co-producer Charlie Sexton, and Allen’s wife Jo Harvey, sons Bukka and Bale and grandson Kru. Allen explains how his grandson gave him the impetus for the macabre “City Of The Vampires”: “He was in a real vampire stage for a while. I started writing that first verse of it and I said, ‘Well, tell me what ought to be in this song.’ So he said, ‘It should be a circus, so there should be elephants and there should be werewolves and there should be clowns.’ He kind of fed me those words and I built the song out of it.”

Speaking of collaborators, Allen took advantage of the sultry vocals of special guest Shannon McNally, especially on gorgeous heartbreakers “All That’s Left Is Fare-Thee-Well” and “All These Blues Go Walkin’ By.” Just Like Moby Dick also has the unique distinction of being the rare album whose title comes from the last line of the last song, “Sailin’ On Through.”

Allen got that idea when thinking about the album’s topics and the resilience needed to survive such calamities. “The songs are pretty rough, all the way through, whether it’s emotionally or whatever,” he says. “I do think, instead of being about Ahab or any of those characters, it’s really about that whale with all those harpoons sticking in him, and he just keeps on going. That’s kind of what the record does. It sails on through.”

Allen has always straddled multiple worlds. As an accomplished artist and painter, he was excited about adding a special touch to the vinyl release of the new album. It comes on two LPs, with the first three sides containing the music, and the fourth side featuring an etching by Allen.

Then again, his art and music have always gone hand in hand. “I have never thought of the songs or music separate from the visual things that I’ve done,” he explains. “They’ve very much informed one another and came from the same place.”

In fact, the recent resurgence in interest in his first two albums came because his latest label, Paradise of Bachelors, paid attention to both sides of his work. “Both of those records have gone through a lot of record companies,” Allen laughs. “Paradise of Bachelors decided to reissue those records in the context of where they came from, which is the whole visual world which I dealt with in those pieces as well as the songs. They did these extensive catalogs with each of those records and presented them for the first time the way they needed to be presented. It opened up a whole new audience and a whole new consideration for those pieces. It’s been very fortuitous for me.”

Allen’s firm place within the art world and his left-of-center songwriting have always made him tricky to categorize. Not that it bothers him any. “I always thought that was your problem,” he says, referencing the music media, “where you put a song or what kind of label you put on it. I just think it’s a shame when you put a label on something that makes someone miss what the song is about, or when someone sees the category instead of what’s actually going on with the song. But I’ve never thought that it was an issue, not when it comes to either recording or writing. You just go ahead and do what you do.”

What Allen does is in evidence throughout the endlessly fascinating and moving songs on Just Like Moby Dick. The closer “Sailin’ On Through” references time passed and friends lost. Allen’s reaction to that isn’t to rush to work, in case you’re wondering. 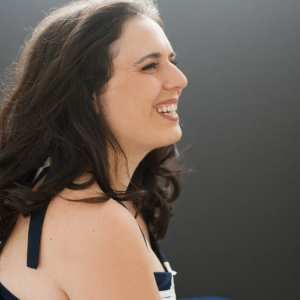 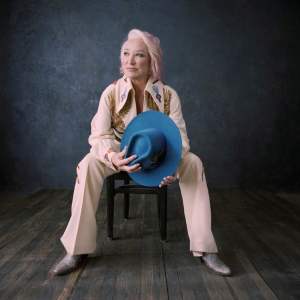