10. “How To Disappear Completely”

“That there/That’s not me.” With that Thom Yorke begins this haunting ballad from Kid A, recounting the out-of-body feeling that helped him to cope with the encroaching pressures of fame. It’s a testament to the sturdiness of the song that it comes off not as simply as a rock star complaining but rather as a universal lament that could resonate with anyone whose life has backed them into a corner. There are so many elements that come together subtly to create the desired disembodied affect. The string section that Jonny Greenwood composed is beautiful and yet off-kilter, as if it’s being beamed in from another song. Colin Greenwood’s searching bass notes are never settled, always yearning for resolution that isn’t forthcoming. As the song progresses, the airiness of the opening verses begins to dissipate as various strange noises enter the picture. Whereas Yorke is easily heard in the beginning, singing in trancelike calm, he has to wail at song’s end, sounding more and more desperate, his mantra “I’m not here/This isn’t happening” now a cry for help. Yorke apparently borrowed the refrain from something Michael Stipe told him to help his deal with the stress. But Radiohead turns that line into something more profound, a futile attempt at peaceful sanity in an increasingly intense world. Yorke’s falsetto cries at the end of “How To Disappear Completely” cathartically cut through the fog, a moment of triumph over the claustrophobic clutter. It’s just a moment though, because, no matter what the song’s title promises, you can never disappear enough.

No band has ever done a better job at depicting the pressures an individual faces in the modern world than Radiohead. What gets overlooked, and underrated, is how well they nail relationship issues as well. Those issues could often be found lurking in the background of songs on Kid A or OK Computer (and really resurfaced on In Rainbows,) but they were front and center on the first two albums. “Black Star,” which begins with its guitars fading up to throw us right into the middle of the picture, is a small-scale drama rendered with poignancy and eloquent sadness. It also features a gorgeous melody that builds into an unforgettable chorus, the kind of song that would sound great boiled down to just acoustic guitar and vocal, yet it gains heft and power when married to the band’s guitars. Those guitars never get overbearing, allowing room for the tune to spread its wings while adding numerous hooks to an already catchy mix. It’s a perfectly realized construct, proving that the band understood the dynamics of what makes a memorable song long before they added all of the outré effects that accompanied their deconstructing of rock. The lyrics from this beauty from The Bends prove that you don’t need to be wordy to tell a complete story. I like the way that Yorke keeps everything in the present tense and yet moves the story forward, from the battle and struggle of the first few verses to the subtle yet undeniable admission of defeat in the final verse, as if he’s trapped in an endless loop. Unable to understand why these fissures between the two lovers have cracked wide open, the protagonist blames the problems on forces greater than themselves, because the truth is too painful to face. Of course Radiohead wouldn’t be Radiohead had they not broadened their concerns and musical palette. “Black Star” is proof that they could have done just fine singing sad love songs for their whole career.

Radiohead never has gotten around to recording a studio version of this song, but that’s probably for the best. After all, no studio would be able to capture the unique intensity and tenderness that Thom Yorke brings to this song in live performance. The band finally threw fans a bone by including a performance of the song from Oslo on I Might Be Wrong: Live Recordings in 2001. Considering that the band was playing it as early as 1995, most of the diehards had likely collected it in some form by then, but it was a nice gesture nonetheless since the song is always requested by concertgoers. It’s easy to hear why in that Oslo version: Yorke is simply riveting. The song is undeniably beautiful, but it’s hard to imagine anyone else pulling off lines like “I’ll dress like your niece” or “And true love waits/In haunted attics.” What it really all boils down to is the desperation and fragility in Yorke’s voice as he implores his intended, “Just don’t leave.” Had “True Love Waits” consisted of nothing else but that for four minutes, it still would have made this list. If you haven’t heard it before, have a sweater handy, because you will get chills.

What to make of “No Surprises,” an icy ballad that graces OK Computer? Is it a happy ode to the suburbs? A chilling depiction of suicide? The weirdest Beach Boys’ homage ever? All of the above? What “No Surprises” most certainly does is surprise. When Ed O’Brien’s robotically perfect arpeggio, so clean-sounding that the guitar practically melds with Jonny Greenwood’s glockenspiel, enters the picture, you believe you’re going to get something pristine and clear. Musically, you do, but then Thom Yorke moans out the first line: “A heart that’s full up like a landfill.” Suddenly, the picture isn’t so rosy. What does it mean when a song that’s so beautiful conveys something so undeniably sad? Maybe it means that you shouldn’t trust the surface of anything. Yorke’s narrator seems to be in an almost blissful state, as opposed to the harried friend he addresses. In reality, he is numb. The pretty house and garden and the handshake of carbon monoxide are all the same really, just ways to block out the pain, killing him softly. It’s implied that a life of no surprises is nothing to envy, and the lyrics eventually help to reveal the inherent sadness in the music. “No Surprises” keeps revealing new layers on each listen, each one more profound then the next, proving it to be one of the most deceptive simple songs you’ll ever hear.

Off the top of my head, I can’t think of another song that presents such a conundrum to a band’s fans as “Creep” does to backers of Radiohead. It is the song of the band that non-fans know, based on its brief ubiquity in 1993. (Thank you, Beavis and Butthead.) It’s also nothing like the majority of the music that the band subsequently produced, the music on which the band’s towering reputation has been built, and rightfully so. The band themselves seem to have made their peace with “Creep,” trotting it out in concert now and again, but only after a long period in which they viewed it as an albatross. Judging by message boards I’ve trolled, fans aren’t quite as forgiving, probably because they feel as though it casts a grungy light on the band to casual observers, making them seem as if they’re forever stuck in flannel and Seattle. But this list is about the songs, not any baggage that comes along with them. And if you can somehow make yourself listen to it again with fresh ears and hear just how well it accomplishes its objective, I think you have to admit that “Creep” is a brilliant song that deserves its lofty ranking here. Thom Yorke channels the pain of every outsider that’s ever felt the sting of rejection into his lyric, a perfectly pitched balance of pie-in-the-sky daydreaming and pitiful self-loathing. The words here are so conversational and unforced that’s it’s easy to miss their subtle excellence. For instance, this guy knows that it’s not enough for this girl to be aware of his presence; he needs to be so integral to her that she mourns his absence: “I want you to notice/When I’m not around.” What those guitar blasts from Jonny Greenwood provide are blasts of reality. They jar Yorke from the reverie of watching this beautiful girl into the situation in which he’s mired. It also gives the song an edge that nudges it from its Hollies-inspired torpor into unassailable rock glory. So I understand the issues some of you may have with “Creep.” It’s time to let them go. The song may not be representative of what Radiohead is today, but that doesn’t make it any less f___in’ special. 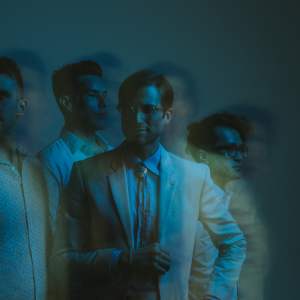 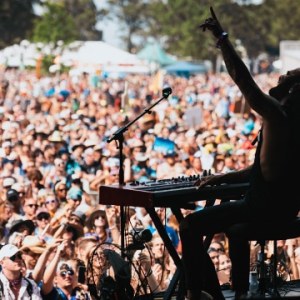