Shooter Jennings has his hand in a number of musical pies.

He’s a solo artist of great acclaim. He belongs to the great Jennings musical family, the only son of country stars Waylon Jennings and Jessi Colter. And he’s also a candid music producer of great note, having worked with Dave Cobb, Brandi Carlile and many more.

He’s one of those guys behind the scenes, in large part, who has such a big influence on modern musical output that people swear by his ear, and his abilities.

But with all that productivity and familial connections, one may wonder, what does the 43-year-old Nashville, Tennessee-born artist have to say about the world at large? About life and love, his craft, friendship, and more?

Tha is the subject of today’s inquiry. So, without further ado, let’s dive into the 20 best Shooter Jennings quotes.

1. “I feel comfortable in my own skin writing about the things that I like because I know that there are other people out there that understand what I’m talking about.”

3. “Being with my kids is really important to me, being a good dad and being around a lot.”

4. “All of my records have been very personal, just writing more and more songs, you get better at being able to say what you feel.”

5. “L.A.’s cool; I had a run with it to where it just pretty much wore me out. I love the weather and I have great friends there, great family, but I really cannot take a lot of the culture. Like Nashville, where everybody’s a songwriter, everybody out there is an actor.”

8. “I think the first older artist I related to and loved was Bowie.”

9. “The smartest thing I’ve done for my kids is writing a song about a holiday. Every year after that, even after I’m gone, they’ll get a small check from the play it gets around the Fourth.

10. “My dream was always to be on the production side of things. Even as a little kid, when my dad would bring me to the studio, I always loved that.”

11. “A lot of people that I’ve met who don’t like country music just haven’t been introduced to the old country.”

12. “I would be happy to be a footnote in my dad’s bio. I don’t care about trying to be famous or prove that I didn’t need him. Even if they say I’m riding his coattails, I’m confident enough in my own music that I don’t worry about that.”

13. “I’m usually pretty punctual. I’m not one to like to be late. When I was younger, I was the guy who’d leave the house early if I had to get somewhere and drive around for a while until it got to be time to show up.”

14. “If you are close to your parents or a grandparent, you watch as they get old and you learn so much from that, and it makes you want to learn more while you have time.”

15. “You know, when I was younger I was into all kinds of art—drawing, painting, all that stuff. But I played drums, played piano forever.”

16. “I’m in control of my musical career, which means more than awards and record sales. And that freedom is exactly what my dad fought for, too.”

18. “My generation is so tied up in television, computers, and video games. When we were born, MTV was already there. It was normal.”

19. “The biggest misconception my whole life is that I’m rich, that I had all this money from my dad, which I did not.

20. “It took me a little while to get sorrow under the belt enough to understand country music’s lyrics and strengths.” 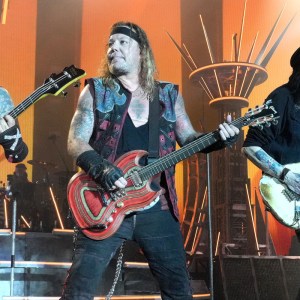