There are few lyrics as sweet and solid as Make me an angel / that flies from Montgomery.

Indeed, John Prine was one of the greatest American songwriters this country has seen. Prine, who was born in 1946 in Maywood, Illinois, and passed away in 2020 at 73 years old, due to complications with COVID-19, will live forever in the collective memories of music fans. His songs have and will be covered long into the next millennium, it’s fair to say.

But what about his words outside of the song? What about his thoughts on death, life, and the craft of music? Well, we wanted to dive into some of the clearest and crispest quotes from the legendary musician. So, without further ado here are the best 33 John Prine quotes.

1. “I guess I just process death differently than some folks. Realizing you’re not going to see that person again is always the most difficult part about it. But that feeling settles, and then you are glad you had that person in your life, and then the happiness and the sadness get all swirled up inside you.”

2. “As far as guitar picking, if I make the same mistakes at the same time every day, people will start calling it a style.”

3. “I had a year-round Christmas tree with nothing but colored vinyl 45s hanging on it, like, old Elvis records and stuff.”

4. “I don’t like to see Christmas trees torn down.”

5. “I think the best duets are those where there’s a dialogue back and forth, and then the two singers go into a thing together.”

6. “If I can make myself laugh about something that I should be crying about, that’s pretty good.”

7. “I’m kind of like the Lone Ranger or Batman. I can just go to my mansion and jump out in my uniform and sing on weekends.”

8. “It was always difficult for me to listen to my singing voice for the first 20 years or so. I mean, I really enjoyed singing, and I enjoyed doing live shows, but being in a recording studio and having to hear my voice played back to me would really drive me up the wall.”

9. “I don’t concern myself with where I fit in. I just keep my head down and keep doing whatever it is I’m going.”

10. “When I turned 40, I invited Johnny Cash to my party, even though I knew there was gonna be 200 people roasting a pig and wild as can be. He didn’t come, but the next day, I got a bowl of chili he’d made and a note that said, ‘John, I’d love to come to your party, but that would mean I would have to leave my house.’”

12. “If you listen to people talk when people actually talk, they talk in melodies. If they get angry, their voice rises, and it’s more of a staccato thing. When they ask for something, they’re real sweet. It’s all music.”

13. “I could never teach a class on songwriting. I’d tell them to goof off and find a good hideout.”

14. “The only time I ever think about getting old is when I look in the mirror. I feel pretty good about it, actually.”

15. “If some part of the review is true, those are the ones that sting.”

16. “Soon as I could play one guitar chord and laid my ear upon that wood, I was gone. My soul was sold. Music was everything from then on.”

17. “I embraced loneliness as a kid. I know what loneliness is. When you’re at the end of your rope. I never forget those feelings.”

19. “Man, I hated school. I’d stare at the buttons on the teacher’s shirt the whole class.”

21. “I thought I was grounded. I thought from my kinda blue-collar outlook on life that I would call myself a grounded person. I was not. I was like a balloon flying around in the air. And as soon as our first child was born, boom – my feet came right down to the ground.”

22. “My sense of humor has saved me more than a couple of times in my life.”

23. “I always had an affinity for older people. I had a job delivering newspapers, and one place I had to go was an old people’s home. Some people would introduce you to their neighbors as if you were a nephew or grandson. They didn’t get many visitors, so they acted like you were coming to see them. And that stuck with me for a long time.”

24. “I think if you write from your own gut, you’ll come up with something interesting, whereas if you sit around guessing what people want, you end up with the kind of same schlock that everybody else has got.”

25. “Writing is about a blank piece of paper and leaving out what’s not supposed to be there.”

26. “The scientific nature of the ordinary man is to go out and do the best you can.”

27. “How the hell can a person go to work in the morning and come home in the evening and have nothing to say.”

29. “I think the more the listener can contribute to the song, the better; the more they become part of the song, and they fill in the blanks. Rather than tell them everything, you save your details for things that exist. Like what color the ashtray is. How far away the doorway was. So when you’re talking about intangible things like emotions, the listener can fill in the blanks and you just draw the foundation.”

33. “I guess what I always found funny was the human condition. There is a certain comedy and pathos to trouble and accidents. Like, when a driver has parked his car crookedly and then wonders why he has the bad luck of being hit.” 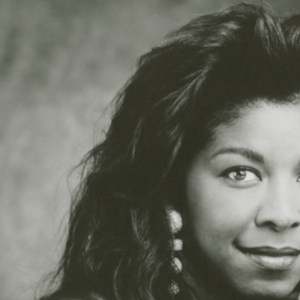