Two people we just can’t get enough of are collaborating on a new song that we likely won’t be able to get enough of.

That’s right, according to Variety, Dolly Parton and Kelly Clarkson have recorded a new version of Parton’s historic song, “9 to 5,” as a duet and it will premiere in a new documentary at SXSW this year.

The new documentary is titled, Still Working 9 to 5 and will be premiering at the South by Southwest (SXSW) Film Festival in March.

According to the outlet, the new rendition “has a distinctly different tone from the original.”

The original song was used as the title theme to the popular film, 9 to 5, starring Parton, Jane Fonda, and Lily Tomlin.

The original plan was to ask Parton to do a new track for the documentary, but then a new idea came to the filmmakers. Parton and Clarkson reportedly recorded their parts in November and December. They also filmed themselves in the studio for the forthcoming music vid.

“Dolly actually called it ‘9 to 5: The Slow Version.’ It’s definitely slowed down and more haunting. Kelly—you can’t believe how she changes it, too,” said Lane. “It’s really mind-blowing.”

The forthcoming documentary reportedly features interviews with the original cast of the ‘80s film, including Parton, Fonda, and Tomlin, as well as with actors from the 2009 Broadway version.

The theme of the original film and the new doc is the ups and downs of women’s experiences in the workplace. It was a tough line at times to work. “How do you make a film that is not going to be a hardcore feminist film, that can go out to a wide audience?” said Hardman.

“It was a very difficult film to make because it was the women’s movement in tandem with the fandom of ‘9 to 5’ and all the different iterations and how they overlapped,” Hardman added. “It was very important to make a documentary that kept that feeling in mind, where they used comedy to tell a very serious story. A documentary is not a comedy, but we wanted to make sure we had a sense of humor in our film, so it was entertaining as well as being educational because we’re catering to many different audiences.” 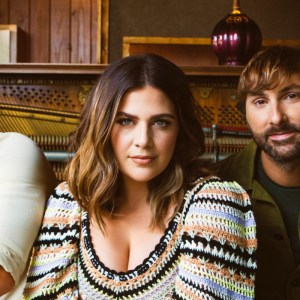