The song, first published in 1929, has had more than 100 people cover it. The first was The Revelers in January of 1930, followed by Bernie Cummins with his New Yorker Orchestra just two months later.

But one of the best to do it is Natalie Cole, daughter of Nat King Cole, who recorded it and released the song as a b-side in 1991, just over 30 years ago.

To date, Natalie’s rendition of “Cottage For Sale” has never appeared on any digital platforms—until now. American Songwriter has the exclusive premiere today (February 3), ahead of its global release on digital platforms everywhere on February 4.

The song will be released digitally (and also on a two-disc vinyl) as part of the remastered 30th-anniversary edition of Natalie’s seven-time Grammy-winning LP, Unforgettable…With Love. The re-issue will also include a cover of the famed track “At Last,” and the groundbreaking virtual duet of the classic “Unforgettable,” with Natalie’s legendary father, Nat King Cole.

Unforgettable…With Love topped the Billboard 200 upon its release in 1991 and went on to be certified seven-times Platinum.

Natalie, who was born in 1950 and passed away in 2015, was also the daughter of jazz singer Maria Hawkins Ellington. She originally broke out as an artist not wanting to cover her father’s material. But once she was established, later in her career, she embraced his work. Nat King Cole passed away in 1965.

Check out “Cottage For Sale” below, as well as the full track listing of Natalie’s re-issue. Fans can pre-order the re-issue album HERE.

1. The Very Thought Of You

3. That Sunday That Summer

5: A Medley Of: For Sentimental Reasons, Tenderly & Autumn Leaves

1. Straighten Up And Fly Right

3. Don’t Get Around Much Anymore

4. Our Love Is Here To Stay

1. The Very Thought Of You

9. That Sunday That Summer

11. A Medley Of: For Sentimental Reasons, Tenderly & Autumn Leaves

12. Straighten Up And Fly Right

14. Don’t Get Around Much Anymore 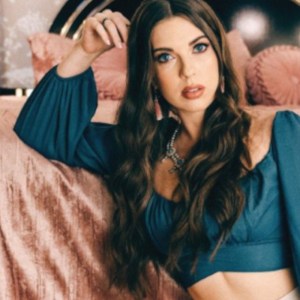