In “The Ballad Of Frankie Lee And Judas Priest,” Bob Dylan’s enigmatic centerpiece of his 1967 album, John Wesley Harding, a neighbor boy helping carry out the dead body of one of the title characters spouts the line, “Nothing is revealed.” Perhaps there is no better way to describe the song, or, for that matter, the album that contained it.

Speaking about John Wesley Harding in 1978, Dylan told an interviewer that all but two of the songs on the album “were written out on paper, and I found the tunes for them later. I didn’t do it before, and I haven’t done it since. That might account for the specialness of that album.”

It might also account for the unique nature of this song, which reads like a solemn parable but is set to a jaunty acoustic rhythm. Bob keeps us guessing as to which of the two characters is supposed to have our sympathy and which should earn our condemnation, refusing to keep things black and white.

For example, Frankie Lee seems like the foolish one at first glance, what with his unrepentant gambling and ravenous appetites. Yet he is quick to come to the aid of Judas Priest when he feels like he is in need. By contrast, Judas seems to be the one who’s got all the answers, but he sits passively by and watches as his friend dies in front of him without stepping in to help.

Dylan keeps what could have been a heavy morality tale pretty light with his playful use of the language. Even though this song, in keeping with many on John Wesley Harding, contains some Biblical allusions, these two guys talk like a pair of hustlers on the corner. The descriptions are pretty loose and nimble as well, such as Frankie Lee’s “soulful bounding leap.”

These are lots of questions raised by the characters’ actions in the song, but we listen knowing full well that Bob isn’t going to give any answers. We have to come to our own conclusions about right and wrong just as the characters in the song do. In the final verse, Dylan lays out the “moral of this story”: “So when you see your neighbor carryin’ something/Help him with his load/And don’t go mistaking Paradise/For that home across the road.”

Those final lines speak to the choices that we all have to make about what’s truly important in life, while everything that has come before in the song parallels how unforeseen circumstances can make those seemingly simple decisions cloudy. Bob Dylan’s “The Ballad Of Frankie Lee And Judas Priest” doesn’t serve up any easy answers. If it did, it wouldn’t feel so true, nor would it be half as fascinating as it is.

“The Ballad Of Frankie Lee And Judas Priest”

Well, Frankie Lee and Judas Priest
They were the best of friends
So when Frankie Lee needed money one day
Judas quickly pulled out a roll of tens
And placed them on a footstool
Just above the plotted plain
Sayin’, “Take your pick, Frankie Boy
My loss will be your gain”

Well, Frankie Lee, he sat right down
And put his fingers to his chin
But with the cold eyes of Judas on him
His head began to spin
“Would ya please not stare at me like that,” he said
“It’s just my foolish pride
But sometimes a man must be alone
And this is no place to hide”

Well, Judas, he just winked and said
“All right, I’ll leave you here
But you’d better hurry up and choose which of those bills you want
Before they all disappear”
“I’m gonna start my pickin’ right now
Just tell me where you’ll be”
Judas pointed down the road
And said, “Eternity!”

Well, Frankie Lee, he sat back down
Feelin’ low and mean
When just then a passing stranger
Burst upon the scene
Saying, “Are you Frankie Lee, the gambler
Whose father is deceased?
Well, if you are, there’s a fellow callin’ you down the road
And they say his name is Priest”

Said Frankie Lee in fright
“I do recall him very well
In fact, he just left my sight”
“Yes, that’s the one,” said the stranger
As quiet as a mouse
“Well, my message is, he’s down the road
Stranded in a house”

Well, Frankie Lee, he trembled
He soon lost all control
Over ev’rything which he had made
While the mission bells did toll
He just stood there staring
At that big house as bright as any sun
With four and twenty windows
And a woman’s face in ev’ry one

Well, up the stairs ran Frankie Lee
With a soulful, bounding leap
And, foaming at the mouth
He began to make his midnight creep
For sixteen nights and days he raved
But on the seventeenth he burst
Into the arms of Judas Priest
Which is where he died of thirst

No one tried to say a thing
When they took him out in jest
Except, of course, the little neighbor boy
Who carried him to rest
And he just walked along, alone
With his guilt so well concealed
And muttered underneath his breath
“Nothing is revealed”
Well, the moral of the story
The moral of this song
Is simply that one should never be
Where one does not belong
So when you see your neighbor carryin’ somethin’
Help him with his load
And don’t go mistaking Paradise
For that home across the road 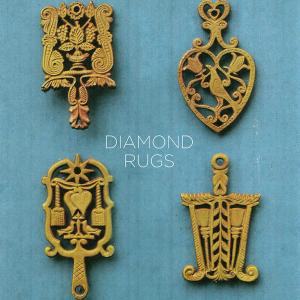 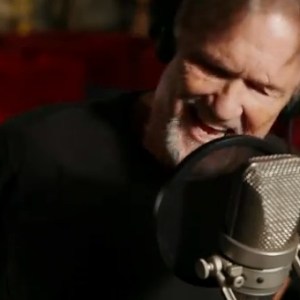