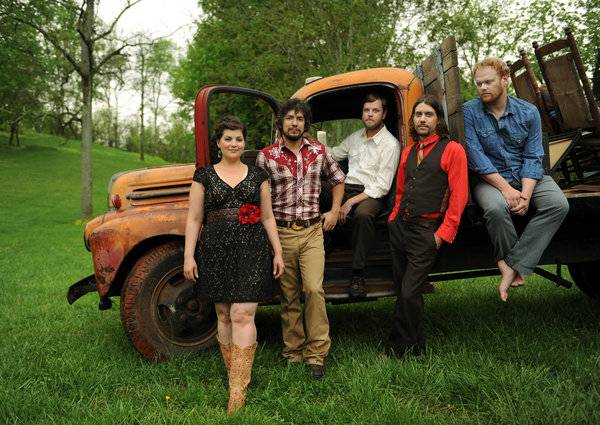 Finding a relatively quiet space to conduct an interview during a music festival can be daunting, but conducting an interview of five people, in this scenario the Knoxville, Tennessee-based Americana favorites The Black Lillies, is a remarkable challenge, only because rounding up said band in a bustling festival environment takes on a life of its own.

“Like herding cats,” jokes singer Tricia Gene Brady, as we watch as the other members of the group disappear then reappear out of the moving MerleFest crowds on the campus of Wilkes Community College towards our destination: a classroom building on the edge of the festival grounds.

After scanning the building’s hallways for empty space, joined by the band’s manager Chyna Brackeen, we gather in a dimly lit classroom, eerily reminiscent of the early scene in the movie Sling Blade when a college reporter poses questions to Billy Bob Thornton’s Karl Childers character about his nightmarish past in a similar setting.

“This is kind of creepy, right?” lead singer and multi-instrumentalist Cruz Contreras asks, as he takes in the shadows stretching across the room, cracking a smile on his face, as everyone does their best to settle into the less-than-friendly confines. Along with Contreras, the Black Lillies are the soulful songstress Brady, multi-instrumentalist and lead guitarist Tom Pryor, bassist Robert Richards, and drummer Jamie Cook. Pryor and Cook helped Contreras start the band, previously lending their talents to indie folk group the everybodyfields, Pryor also joining in with Contreras as part of Robinella and the CCstringband. Before joining the group in 2010, Brady performed solo as well as with Upland South and the Naughty Knots. Richards was the bassist for Jill Andrews, Brewster’s Millions, the Natti Lovejoys and Band of Humans prior to playing bass for the Black Lillies.

Contreras, born in the Midwest and raised in Nashville, makes a viable candidate for the face of American roots music. He is wearing a t-shirt, jeans and work boots. His black hair is tousled, with gray streaks fighting gravity to climb his sideburns, five-o’clock stubble working overtime on a beard. He carries a rugged yet boyish visage, a yin-yang of restlessness and contentment. He is forthright and friendly, smiling frequently, as if he’s waiting for a payoff on some prank he’s played to happen. Contreras is the real deal, of that there is no doubt, but of most importance, the story of his past could have written his future, but he has not let that story define him as a person or as a singer-songwriter.

Taking this into consideration, it comes as no surprise that Contreras is a longtime follower of the Chicago Cubs, who, even as the longest suffering franchise in Major League Baseball (105 years since a World Series title; ironically, the Cubs won previous back-to-back titles in 1907 and 1908), still covet a die-hard fan base which continuously sells out home games year after year at Wrigley Field. Like Contreras, the Wrigley faithful continue, even through this century-plus long cold streak, making the absolute best of less-than-ideal circumstances.

So yes, Cruz Contreras could give some valuable notes to his beloved ‘Lovable Losers’ the same way he’s taken pain, regret and heartbreak and turned it into a perennial winner. On their third studio album, Runaway Freeway Blues, the Black Lillies combine their unique mixture of blues, rock, country, bluegrass and jazz into their strongest and most ambitious album to date.

Contreras, who took up music in his early teens, formed The Black Lillies in 2008. Since that time, the Americana quintet has gained a loyal nationwide following, even in lieu of a record label and keeping a zip code outside of Nashville. They have been touring nonstop, earning fans with their sweat-soaked, foot-stomping ballads and a workingman’s diligence, show after show, night after night.

Taking a quick break from the road during a recent stopover in Wilkesboro, NC for MerleFest, they played a whopping four sets (throwing in a midnight show, for good measure) throughout the weekend.

For the Black Lillies, the work is worth the reward. “Yeah, this is one of the biggest festivals in the country, in any style of music,” Contreras says. “We’re known as an Americana band, and the whole roots that Doc (Watson) set through his music, and the people that have attached themselves to this, there’s a lot of musical integrity. This is a great place for us to showcase on that.”

“I call it ‘the professionals’ festival,” adds Brady. Richards agrees with Brady’s thoughts. “Seems to be a place where music lovers come, instead of…”

“Instead of partiers,” Cook interjects, before adding, “That kind of changes the whole game. People are actually going to remember what they saw and the whole vibe of the place is really different and it’s geared really more towards the music than the party.”

“I think we fit really well here because I think that everybody here feels like they should be able to approach that artist and talk to them,” Brady adds, speaking of any ‘gray space’ between artists and the festivalgoers. “I had a lot of people just walk right up to me and I love it, I think that’s great. I’m a real person, so just come on up to me.”

Growing up in Nashville, Cruz Contreras learned music from his father, getting his start with his brothers and sister, training on classical piano then the guitar. After playing music alongside his younger brother Billy during his high school days, Contreras left Music City for Knoxville to study classical piano at the University of Tennessee, where he also met his future wife, Robin Ella Tipton (now Bailey). The two married, first forming The Stringbeans, and in the late 1990’s started the progressive bluegrass/jazz group Robinella and the CCstringband, flirting with national prominence signing with Columbia Records and appearing on The Late Show with Conan O’Brien.

Contreras and Tipton divorced in 2007, thus dissolving the band. After his divorce, Contreras came to a crossroads, unsure of what to do with his life as well as any future in music.  In 2008, he spent a year with a truck driving gig hauling stone, yet as he labored, his mind kept drifting back to the string music he loved listening to on the radio. Eventually, the feeling was too strong to ignore. His inspiration back in place, Contreras began gathering musicians to form a band. First a jazz piano trio, then a mandolin trio, each time working to get the sound Contreras had in mind. 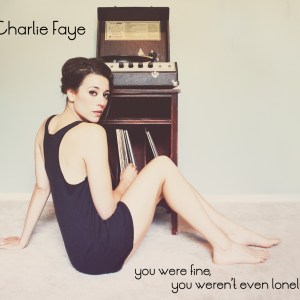 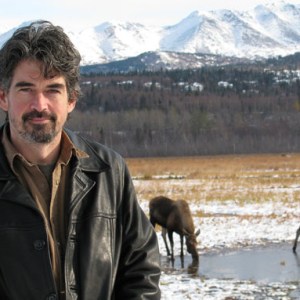