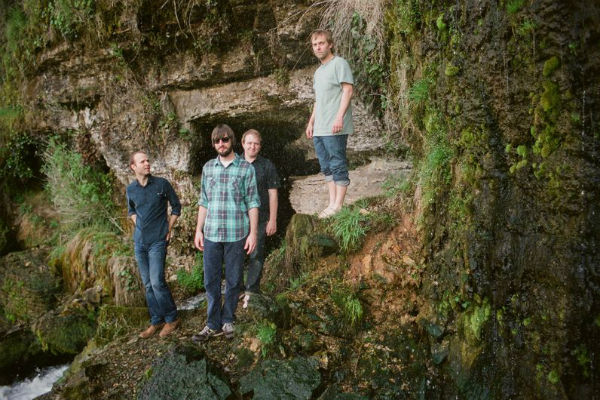 It’s 10 a.m. on a Sunday morning, and Matt Green is a bit congested. His band, Belle Adair, spent the past few days on the road, playing a hazy blend of folk-rock and indie-pop to audiences around the group’s home state of Alabama. Now back at home in Muscle Shoals, Green is drinking hot tea and taking it easy, trying to get his body back in shape for the coming workweek.

“I try to write early in the morning,” he admits, sounding far more chipper and lucid than most traveling musicians should. “I do it before coffee. Before breakfast. It’s almost like precognition. Your mind isn’t completely ready to start the day, so you’re not over-thinking it. You just let it flow.”

Maybe that’s why Belle Adair’s debut album, The Brave And The Blue, is a pitch-perfect soundtrack for those quiet hours right before dawn, when the party-hardy barflies have finally nodded off and the early risers have just started to wake. It’s ambient Americana, shot through with swirls of pedal steel, brushed percussion, keyboard and acoustic guitar. “Golden Days” chimes and swoons like something from Roger McGuinn’s back catalog, and “Losing My Train” chugs along at a casual space, like a locomotive running on liquified Sudafed instead of coal. On the opening track, “Be Brave,” the band even brews up a fog of gorgeous, gauzy guitar noise, creating a sound that purposely falls somewhere between sleepy and stunning.

When Belle Adair began recording its earliest songs in 2009, the band was a side-project that only rehearsed on the weekends. Green lived in Birmingham at the time, and keyboardist Ben Tanner – his right-hand man and longtime friend, not to mention the touring keyboardist for another one of northern Alabama’s popular exports, the Alabama Shakes – lived in Muscle Shoals. Another bandmate lived in Tuscaloosa. The guys met up during rare breaks between their school and work schedules, eventually cobbling together a homemade EP of slow-building, free-thinking folk songs. Belle Adair didn’t do much else until years later, when Green ditched Birmingham and moved back home.

“A bunch of crazy stuff had happened to me in Birmingham,” he admits with a laugh. “It all started with me losing a job, then my girlfriend and I broke up after spending six years together. I got really sick. My apartment burned down. All these losses were compounded into a six-month time frame, and I finally said, ‘Okay, I’m done. That’s enough. I’m returning to Muscle Shoals.’” Back at home, Green found himself surrounded by working musicians who dealt with their own tragedies by setting them to music. He did the same, writing a new batch of songs and shuffling Belle Adair’s lineup into a stable five-piece. Tanner stayed put, two other members left, and a trio of newbies – pedal  teel guitarist Daniel Stoddard, bassist Chris James, and drummer Reed Watson – signed up.

Armed with a cinematic sound influenced by everything from Tim Hecker’s ambient electronics to the Byrds’ blissed-out jangle, the group signed with Single Lock Records – a small label co-founded by Tanner and Civil Wars guitarist John Paul White – and began recording their debut at The NuttHouse Recording Studio.

They worked fast. With Tanner pulling triple-duty as engineer, co-producer and bandmate, the guys tracked most of the songs live, adding Tanner’s keys and other instruments during a quick series of overdubs. Some of the songs dated back to Green’s darker days in Birmingham. Others were so new, the rest of the band hadn’t even heard them until the day they were slated to be recorded. By the time everything had been recorded, The Brave And The Blue told the full story of Green’s transition from bummed-out Birmingham resident to calm, collected Belle Adair frontman. It’s the push and pull between both ends of that spectrum  – the  brave and the blue, the major-key melodies and minor-key melancholy – that gives the album such a strong pull.

“When I play somebody else’s record,” Green says, his tea mug almost drained, “I want to enter that band’s universe. I really like psychedelic music, and I don’t necessarily mean bands like Jefferson Airplane. I mean bands that transport you to their own little world, so you can get lost in it. It’s not about escapism. It’s about connection. It’s a way of saying, ‘Hey, come join our sound. Listen to it and live with it for awhile.’ That’s what we’ve tried to do with this album. There’s two minutes of noise at the beginning, and some people would say that’s stupid … but we just want to introduce ourselves and give people a chance to settle in.” 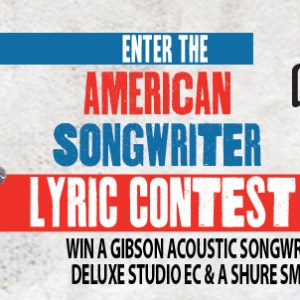