Previously unreleased audio and video of Bob Marley and Peter Tosh with The Wailers playing live in the studio? Bring it on.

It’s hard to criticize the appearance of any hitherto lost, professionally shot and recorded Wailers shows, especially from 1973, long before they were icons. Few music fans had even heard of the group at that stage in their development, even though they had formed almost a decade before. The Jamaican group’s commercially unsuccessful Island label debut, Catch a Fire was released earlier in the year and its follow-up, with the similarly combustible title of Burnin’, was just out when this session was recorded barely six months later in October 1973.

The backstory sets the tone. The Wailers had been fired from their opening slot on Sly and the Family Stone’s tour, leaving them in California with no plans. This stripped-down configuration—Marley and Tosh were joined by singer Joe Higgs replacing Bunny Livingston who recently left, bass and drums by the Barrett brothers (Aston and Carlton), and keyboards from the classically trained Earl “Wya” Lindo—were convinced to enter Capitol studios for a closed-door session by Denny Cordell, then head of Shelter Records. Cordell was a friend of Island’s founder Chris Blackwell.

From the video portion of this double-disc package (a single audio CD is also available), we see The Wailers (at that point not yet billed as Bob Marley and the Wailers as this set’s title proclaims) meander into the studio, amble around rolling and smoking huge spliffs of ganja, and generally look dispirited. They seem a little uncertain of why they are there and wander for a while before playing. When they do, some songs start, then stop, then restart as the group isn’t really coalescing. Higgs, who had a stint as a solo artist appears particularly lost, vaguely playing percussion while adding almost inaudible vocals.

Peter Tosh is more involved as a lead guitarist but since he was also leaving the band shortly afterward, only contributes lead vocals to a few tunes and also seems a little bored. At this early stage, a dreadlock-free Bob Marley hadn’t gotten his frontman act together yet (one hand on his forehead, the other outstretched as seen in many later photos) and also doesn’t look particularly enthusiastic.

The music lopes along agreeably without much oomph for the first half, exacerbated by the absence of audience involvement. There weren’t many people invited, after all, reggae music was basically not known in the States at the time nor were The Wailers, and the lack of audible response is disconcerting to both the players and the listener. The dozen song set lifts about equally from Catch a Fire (six tracks) and Burnin’ (five others) with a previously unreleased Tosh song “You Can’t Blame the Youth.” Interestingly, “I Shot the Sheriff,” soon to become the most famous entry on Burnin’ due to Eric Clapton’s cover a year later, is not included.

The veteran musicians perform well with the secret weapon being Lindo who, although he looks to be about high school age, works magic playing a variety of keyboards, sometimes simultaneously. Marley and Tosh sound good enough but there is a distinct deficiency of the energy that The Wailers could summon up on better nights even with their ballads. Although the video portion is an important historical document of this short-lived version of the outfit, the hour-long audio disc edits out the false starts and downtime between tracks which makes it more enjoyable.

But since there is already a terrific live show from this lineup, recorded a month later at Leeds in the UK, added to the 2004 expanded Burnin’ package which includes most of these songs, it’s hard to recommend this much less fiery performance to all but the Marley faithful. The DVD is interesting but suffers from a lack of editing that nearly derails its best moments like when Marley and Co. rip into a fairly sizzling closing “Get Up Stand Up.”

Considering the rarity of this video (although many clips were included in the Classic Album DVD of Catch a Fire, highly recommended to understand The Wailers beginnings), its overdue arrival is worthwhile for an artist of Marley’s iconic status. If you’re a fan, this will fill a hole in your collection nicely. Others have better choices. 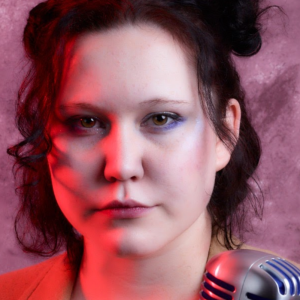 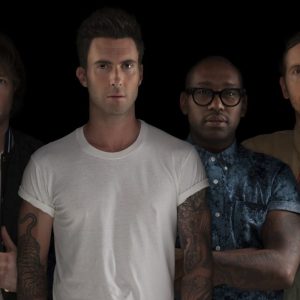