Americana / roots rock is a world where there’s a tight line to walk to both fit in and be unique, yet The Cerny Brothers have proven worthy of the challenge. A satiating blend of all the comfortable, worn in aspects of Americana outlined by their own distinctive edges, brothers Scott and Bob Cerny are a lot of what music has been missing these days. No fluff, no filler and all heart, these guys are simply the real deal much in the same way Springsteen was in ’73 or Petty was in ’76.

Over the course of the last year, things were really starting to click. Fingered by Rolling Stone as one of their New Americana Artists You Need to Know with the release of their album Looking for the Good Land, the boys were touring incessantly either playing their own shows or opening for artists such as Don Felder, Justin Townes Earl and Blackberry Smoke up until the country shut down. Literally. On the last day live performances were allowed, the boys were in Chicago having scored a coveted performance segment on the powerhouse WGN-TV Morning News in support of their show that evening.

Then the sky fell.

Now with way more time than they care to have on their hands but not quite ready for a new album, they’ve decided to re-mix and re-release their song “Days of Thunder.” Always a fan favorite, the guys feel now is the perfect time to supercharge it and put it back out into the world and wanted to premiere the renewed version and lyric video with American Songwriter.

“When we were picking a song to be the first single from our new album, we always toyed with “Days of Thunder” but decided against it because of the length,” explains Scott Cerny. “We all decided maybe it would be cool to change the sound while cutting the length.  The album version has always had some synth and dance elements under the piano, so we decided to bring those out and just go for it.”

“Beginning of the new year we started talking about releasing new stuff,” adds Bob, “…but we still wanted to really support our album Looking for the Good Land. So, we had the idea of a remix, which we’ve always wanted to do. It felt like a good bridge between the urge to release new songs while staying focused on our album.”

Having been one of the first songs written for Looking for the Good Land, “Days of Thunder” is one of the songs the guys have lived with the longest. Add to that the fact fans have eaten it up at the live shows, it’s no wonder the guys chose this song to tinker around with.

“We were doubling the piano with a synthesizer that gave our sound a little extra weight and electronic feel, but not enough to take away the organic vibe as well,” remembers Bob of them initially writing the tune. “Then the words came and we had ourselves a song. I think there was a little channeling of Springsteen, cause I know when we wrote the “…you wake up sweating and you don’t know why” I was thinking about “I’m on Fire” when he sings about the freight train running through his head.”

“I remember that it reminded us of the music for the 1990 film Days of Thunder,” Scott expounds. “We have basically watched that film a couple times a year since we were young. Sure, it’s about an unknown NASCAR driver trying to prove himself, but there’s so much to relate to there about the music business and how hard it is.  The movie has always felt really big and dramatic and sort of optimistically American in a way, and that idea was definitely an inspiration for the song.”

The result of their modifications are not subtle. Not by a long shot. Already an upbeat, windows down / radio up driving song, the remix version is injected with an entirely new form of energy. A shot of adrenaline that brings it to the level they would play it live.

Ironic, isn’t it? The studio allows the song to bring the energy of the live show, yet the world precludes the guys from doing it themselves.

“We can’t wait to get back out on the road,” says an anxious Scott. “Even before the pandemic hit, we would feel withdrawals if we hadn’t played a live show in a while.  It’s like something in us needs to play to be okay – as ridiculous as that might sound.”

“When to start having shows or when to keep the doors closed is a complex web of politics, peoples trust (or lack of) in health recommendations, the culture wars with wearing a mask, and it goes on and on and on,” adds Bob. “Unfortunately, I think live events will be the last bit of any economy reopening and for anyone in the entertainment industry that’s a major bummer. The thing is, people need art and music like they need food. We know art has been with us since we could find ways to use a rock to make art on cave walls. I also think people want to go back, they want to go to a show, they want to forget about all this terrible stuff that is happening. So I’m not worried that when shows do come back, they’re gonna be bigger and better than you’ve ever seen. And I can’t wait for that.” 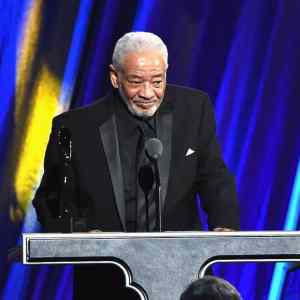 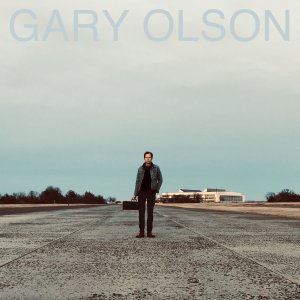