2015 has been fairly active for some of those wild Madchester bands of the early ’90s: the year opened with the release of The Charlatans twelfth studio album Modern Nature and headed towards a close on the heels of the announcement of a run of 2016 shows by The Stone Roses. Modern Nature, The Charlatans’ first album since the death of drummer Jon Brookes in 2013, saw the band in a tamer state of mind, laying a zen-like blanket over the band’s typically energetic, psychedelic indie rock. We chat with singer Tim Burgess about the changes in the band’s songwriting, Joanna Newsom and why “Blue Monday” might be the best dance track of all time.

You lost your drummer Jon Brookes in 2013 and used a rotating cast of drummers to fill in on this upcoming album. Were they involved in the songwriting process at all?

When we were playing with Jon, he got to be involved quite early on. We wrote this album without Jon, so on this album, we would write and put the drums on later. So, not really. The drummers didn’t really contribute to the songwriting. They came on and played, and put themselves in the song in the way they play the song.

Well, it changes. When we first started, it all came from jams, really. That kind of ran dry a little bit, so we’d all go off in groups. Mark Collins and I enjoyed writing together. Martin and Jon liked to go off together, as well. But that kind of dried up as well, so after Jon died we all came together in a room and put a microphone in there and just started working with everybody in the room together, which seemed to work quite well, I think. It got to the point where Martin didn’t like anything Mark and I were writing together, and that can happen; you can go off so far from each other that there’s nothing that keeps you together in the songwriting. That sounds a bit dramatic, but the four of us wrote with everyone in the room, so there’s no way to back out of it, really.

What the biggest lesson you’ve learned about songwriting in your career?

I like working with other people. I think collaborating and sharing ideas with people outside of the band, like your side projects, can keep everything fresh in your main band. I think it’s quite nice to write with other people becuase you can pitch them, if they’re your friend. You can write with them in mind. You just try and do the best you can. The longer it goes on, the more it takes for you to be satisfied with something. Just go for that satisfaction. I’m currently writing a record with Peter Gordon. He’s a New York composer; I write on acoustic guitar and send the track to him and he strips it down and rewrites. Just because I know he’s gonna dismantle it, it doesn’t mean that I’m gonna give him something that isn’t very well-written. I try to go into complex details and chord sequences even though he’s probably gonna get rid of it all. It shapes the melody and words and everything to me, really.

Where do you finding your inspiration for your lyrics?

I have to get a flavor from writing the music and the melody for what something’s about. My lyrics are pretty vague, to be honest. I’m a dreamy, sort of spacey guy, so I’m not like a country music singer where everything is definitive and straight to the bone. A lot of it’s a feeling and a space. Some times it’s personal, sometimes it’s an idea I’ve seen. It changes all the time, really. But I think you have to get hooked on it. I read an article about Atlanta in a magazine, and someone wrote about how the temperature was high, and “the temperature’s high tonight” became part of a song. I used it as the title and then thought of things that are hot. (laughs) It also helps because I live in England where it rains all the time, so when I see something like that, it’s really inspiring.

Do you think writing your autobiography and learning how to tell stories in that way impacted your songwriting in any way?

They’re very different. In writing lyrics, they can be dreamy as they can be or vague as they can be. You have to have punctuation and stories and quips in a book. When I first started writing the book, I recorded a lot of the stories on my phone, and the transcription does not make a good read so you have to get creative on the ways it can jump out at you. That’s what I spent most of my time doing.

I’ll give you two. My favorite song of all time, with composition and because of what it meant to me when I was young, would be “Blue Monday” by New Order because it’s still never really been matched, I don’t think, as a dance floor smash. Any time a DJ puts that on – it’s about 30 years old – it still sounds fresh. It’s a really great composition. Right now, I’m listening to Joanna Newsom’s record called Anecdotes, and it’s been on nonstop. I can’t get enough of it. I think about it and have to play it constantly. It’s a really great composition, as well. It’s moving, it touches me. It’s obviously a very different kind of song.

Do you have any advice for young musicians that are just starting out?

It’s hard because I know people who are very serious about writing songs, and they’re not the people who would need this advice. But for me, when I was starting out, I didn’t know what I had and was a bit goofy about it all. People would always try to throw you in different directions. Anyone who has doubts, believe in the song and the purpose of you putting it out there because it’s a really great thing to do. 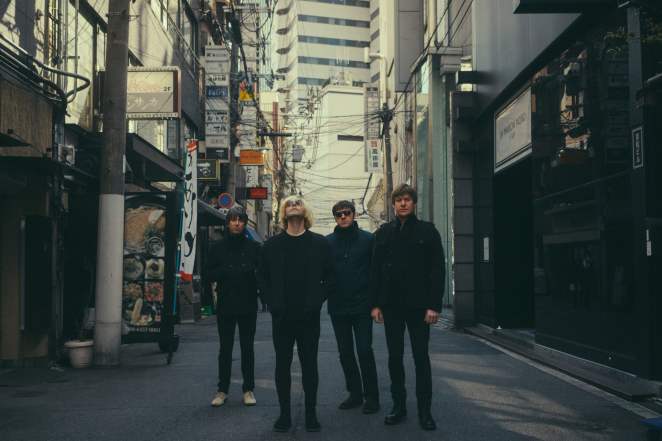 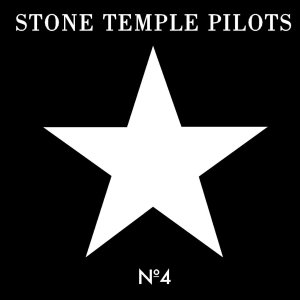