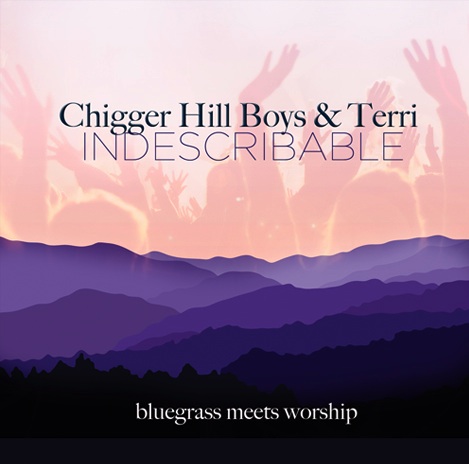 For more than a decade The Chigger Hill Boys and Terri have been largely overlooked by both the Gospel and bluegrass communities, maybe because the band doesn’t have a superpicker and has relied so much on original material instead of recording old favorites. In spite of their limited exposure, though, the band has managed to rack up numerous Dove award nominations and has seen some success on radio stations and syndicated radio shows that do play their type of music.

On Indescribable, the group’s sixth album (not counting Gospel compilations they’ve appeared on alongside the likes of Johnny Cash and Alison Krauss), the band once again showcases its fine lead singer, Terri Argot Gore, and depends on solid bluegrass instrumentation and vocal harmonies to produce a highly listenable album that doesn’t compromise when carrying the message of the Gospel. This time, however, the band has gone a little more contemporary by covering the works of such Christian acts as Chris Tomlin, Hillsong, and British praise and worship songwriter Stuart Townend.

Casting Crowns members Juan and Melodee DeVevo make guest appearances on dobro and fiddle respectively, and multi-instrumentalist James Pennebaker (Lee Roy Parnell, T. Graham Brown) contributes fiddle on three tracks to complement the mandolin and guitar of Mike Richards and Bob Stangenberg, while Gore’s husband Ricky, a onetime rock drummer, holds down the bottom on upright bass. The song list includes Tomlin’s “Amazing Grace (My Chains Are Gone)” and “Enough” and Townend’s “How Deep Is the Father’s Love for Us,” as well as the band’s own “Are You Prayin’ Hard,” a song as good as anything out there in any genre.

Everyone in the band is a solid picker, especially banjo player Charles Lackey, and though none of them will be a threat to Tony Rice or Sam Bush, that’s not what this group is about. Produced and engineered by the band’s rhythm guitarist and harmony singer Mark Dunham, Indescribable is a step in right direction for The Chigger Hill Boys and Terri. The group is tight and seasoned after all this time, and succeed on every level as they are so obviously committed to acoustic music and the subject matter of their songs. 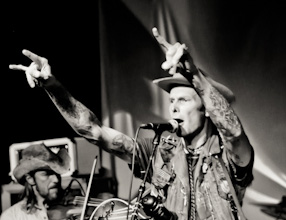 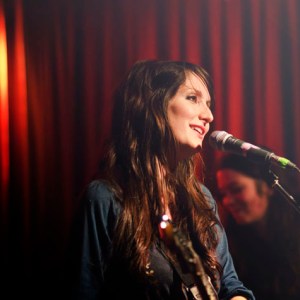