Justin Hawkins is putting the finishing touches on a new room. Back home in Switzerland, he’s not refurbishing the living room, kitchen, or expanding his studio. Instead, he’s building his very own broadcasting arena. “I had all this broadcasting stuff stuck in the corner of my studio and thought, ‘well you need space for this sort of thing now,’” says The Darkness frontman. “Plus, it was too busy in there, and I couldn’t move.”

Reconditioned to mostly Zoom communication during the pandemic once touring abruptly ended around the band’s 2019 release Easter is Cancelled—cutting short the band’s dates in Australia and their entire tour in America—Hawkins embraced the virtual world, recently starting a weekly YouTube show Justin Hawkins Rides Again. Initially caught between a sad and manic state during the thick of lockdown, Hawkins faced his own reality, particularly an overriding sense of loneliness that sent him over an edge, and straight into the band’s seventh album Motorheart (Cooking Vinyl).

“When that happened, I was on my own,” shares Hawkins. “I don’t live with anybody, and the rest of the guys have girlfriends and wives, so I had to do something. I actually went a bit mad.”

At one point, Hawkins asked the band if they wanted to start making new music. “The rest of the guys weren’t ready to work,” he says. “At that point, they were coming to terms with the world and spending time with their families, which I didn’t really understand. I felt like I had just been left to my own devices, but in the end, it was a good thing because, by the time they were ready to work, I was over it. I was over COVID, and ready to go.”

Nearing the 10th anniversary of the band’s third album, Hot Cakes, and more than two decades since forming the group, Hawkins, guitarist and brother Dan, bassist Frankie Poullain, and drummer Rufus Tiger Taylor filled to the brim with bombastic rock, but Motorheart rests on some heavier notes, reflecting on loneliness anxiety, and personal reconnaissances. “Motorheart is heavier,” says Hawkins. “I feel like it’s your relieving the angst of 2020.”

Hawkins adds, “I wanted to make an album that was super uplifting, and I didn’t want to have any mood pieces in it. There’s some self-discovery going on because there’s a lot of loneliness in it. Some of the lyrics may sound daft, but they’re actually about disappointing relationships and reflecting on why I’m sitting here on my own.”

Opening on “Welcome Tae Glasgae,” the band’s ode to one of their favorite cities is a tip of the hat to the city Glasgow and its iconic venues like King Tut’s, The Academy, and larger Barrowland Ballroom. “I love that place and every time we drive into Glasgow, as we arrive and drive into the city, somebody always says ‘welcome to Glasgae,’” says Hawkins. “In looking for an introductory song, my brother wanted it to be something like ‘Welcome to the Jungle,’ so we have ‘Welcome Tae Glasgae.’ It just shows that inspiration really comes from anywhere, even daft conversations.”

Working mostly remotely, as the album began formulating, Poullain likened the sound of the album to a marriage of bands Motorhead and Heart, planting the title Motorheart in Hawkins’ head. Hawkins also reconnected with friends and musicians during the lockdown sessions, pulling in Olga Huebner and husband Ralph, who added violins and strings to several Motorheart tracks remotely from their kitchen in Germany.

Insisting the title track is a less misogynist tale, “Motorheart” embodies the union of the male character and a “loving” android and the revelation of how his own blunders led him into the pitfalls of love. “The main character guy is sort of projecting all these faults on previous partners, and in desperation starts a relationship with a man-made object, but then all of the problems of the earlier relationships start to manifest themselves in this relationship with the robot,” shares Hawkins. “So at some point, he turns the light upon himself and says, ‘this is my fault.’ It’s supposed to be a bit of fun, but it is a journey of self-discovery, literally and emotionally.”

Hitting all the right crescendos around Motorheart, “The Power and the Glory of Love” was a track song Hawkins wanted to release as a single but was unanimously shut down by the band. “It’s got the potential to be a hit,” he says. “It’s got a super naive melody on it. It’s got the grooves, a great solo. There’s nothing wrong with it. My brother said it repeats in the chorus, but what I thought was fun about it was that the line The power and the glory of love will keep us together till the end of time is absolutely all-encompassing. There’s a phrase repeated in the middle, but they’re not supposed to be rhyming with each other.”

He adds, “I think it’s got everything. I don’t understand why nobody else wanted it as a single but I’m not enough of an asshole to force the issue.”

Taking a different turn from Rick Springfield’s Jessie’s Girl, “Jussy’s Girl” offers similar pop-rock creases of the 1981 lovelorn anthem with a Darkness twist. “At no point is he really talking about anybody else other than himself—not malignant narcissism but a mild form of it,” says Hawkins, singing If you don’t want to be Jussy’s Girl, Have you got a friend who looks just like you. ”Everything else is a little bit contrived for me, but that was the purest sentiment. It’s not really about anybody in particular. It’s just about me being lonely.”

Now, nearly 20 years since the band’s 2003 debut Permission to Land, Hawkins remains in his own migratory, “fussy” state when writing.

“I’ve done a lot of different kinds of songwriting over the years, but you have to rely on the inspiration stream to be able to operate in that world,” he says. “It’s a good training because when things don’t come naturally, there are things you can do to encourage the ebb and flow of ideas.” 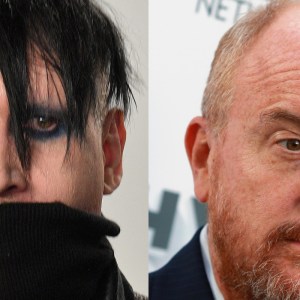 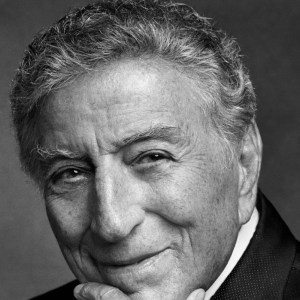