As the 2022 Grammy nominees were announced, Tony Bennett made history as the oldest artist to be nominated in the “general field” categories. He is 95 years old, and frankly, is used to breaking records. In September of this year, Bennett released an album of Cole Porter jazz standards titled Love for Sale with Lady Gaga. This debut made Bennett the oldest person to date to release an album of new material.

The pair first collaborated in 2014 on the album Cheek To Cheek, which won Best Traditional Pop Vocal Album at the 2015 Grammy Awards. Lady Gaga expressed her gratitude on Instagram for the Recording Academy for recognizing Love for Sale.

“Thank you so much to the @RecordingAcademy for these 6 nominations for Love For Sale. I am stunned and shocked and beyond grateful,” she began. “This means so much to me, @itstonybennett, the Bennetts, my family, jazz music, and the great Cole Porter who wrote all these timeless classics. I’ll never forget today and congratulating Tony on his 6 nominations. I’ll never forget that today he could track every word I was saying and understood the world was celebrating him and celebrating jazz—a genre that embodies the joy, abundance, and imagination of Black music throughout history.

“Thank you to all the Grammy voters for recognizing me and Tony’s dedication to jazz music and for also recognizing it in major categories where this music is often not nominated. This album happened because it was Tony’s idea and I made him a promise that we would make it and we did,” she continued. “At 95 years old, he has more nominations than ever, I’m so honored to be his companion in music and his friend. Thank you to the public for loving us, we surely love each other, and you. Believe in love and partnership, even with 60 years between us, and Alzheimer’s, there is nothing like the magic of music. I love you Tony, and the world loves you too. How could they not?”

Bennett has been an undeniably strong presence in jazz and pop music since his first hit single, “Because of You,” in 1951. The singer would win his first Grammy for “I Left My Heart In San Francisco” in 1963 after the track’s release in 1962. All in all, Bennett has won 20 Grammy Awards, one of which was his 2001 Lifetime Achievement Award. The music industry would undoubtedly sound different without Bennett, and his latest batch of Grammy nominations is a testament to his legacy. 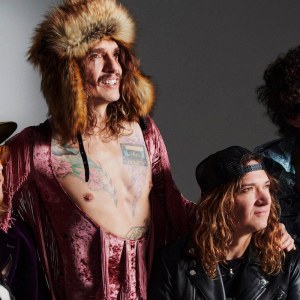